SA’s largest mobile operator appoints a CFO with a wealth of banking experience, which will help drive its financial services division 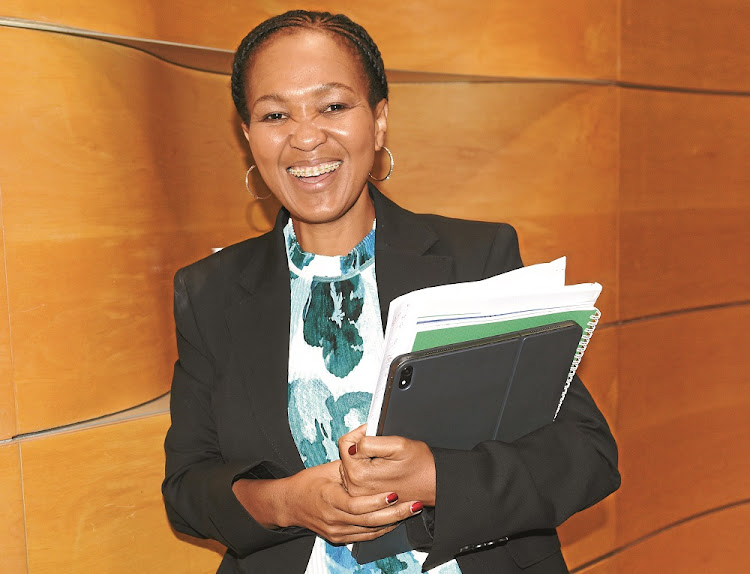 As telecoms providers venture into the world of financial services, Nedbank CEO Mike Brown should be more afraid of losing top talent to Vodacom than to FNB in the near future.

Mobile operators looking to grow and capitalise on new revenue streams in the world of financial services seem to be filling their ranks with finance executives.

Vodacom, SA’s largest mobile operator, has just appointed Raisibe Morathi as its CFO. She will join Vodacom from Nedbank, where she has been group CFO since 2009.

Morathi, who steps into the role in November, will succeed Till Streichert.

Her financial services experience is extensive. Before Nedbank, Morathi held several positions at the Industrial Development Corp, the last as chief operating officer. She served on the board of Sanlam for a while, and is still a director of the Thuthuka Education Upliftment Fund NPC, a charity organisation for the upliftment of black chartered accountants.

One of the few black women holding the position of CFO of a JSE-listed company, Morathi is a CA with a higher diploma in tax from Wits University and a certificate in advanced management from prestigious French business school INSEAD.

Nolwandle Mthombeni, an investment analyst at Mergence Investment Managers, says Morathi "did a superb job navigating Nedbank out of the global financial crisis and oversaw the various Basel regulatory changes that helped Nedbank become as robust as it is now ... [Morathi] is of high calibre and brings skills that can be value-adding to any other sector."

Like competitor MTN, Vodacom has looked to mobile money, e-commerce and other financial products for growth as traditional voice revenues have declined and data margins are increasingly squeezed.

For Vodacom, this has culminated in forming a financial services division born out of the remnants of the failed M-Pesa mobile money business in SA and headed by another alumnus of the finance sector, Mariam Cassim.

Morathi joins the company on the heels of its newly formed partnership with the world’s largest mobile payments provider, Alipay.

All of this points to a group with a sharp focus on growing and expanding its reach in a market Morathi undoubtedly knows well.

However, Mthombeni offers a different take on Morathi’s move to Vodacom: "I don’t think the decision to appoint her is meant to be part of the move into financial services, because financial services is not a big enough earnings contributor to Vodacom to make an appointment based on those aspirations.

"That said, Vodacom will be able to leverage off her experience in financial services."

It is true that in SA financial services still make up a relatively small piece of Vodacom’s earnings at R2bn in the year to March 2020, but the division did generate R18bn across the group in the period, including revenues from Safaricom.

Total group revenue for the past financial year stood at R90.7bn, meaning financial services made up a fifth of the pie.

A former Old Mutual CEO, Mupita is a financial services veteran who, together with current boss Rob Shuter — himself a former banking executive — have overseen the expansion of MTN’s mobile money product MoMo to almost 40-million users.

SA’s biggest telecoms companies aren’t the only ones reading the tea leaves. Telkom has now waded into these waters, starting with a rebrand of its 70-year-old Yellow Pages to an e-commerce platform overseen by former banking executive Lunga Siyo. Earlier this month, it launched Telkom Financial Services.

Banks are also becoming more like telecoms companies (FNB and Standard Bank both have their own mobile networks), so the encroachment goes both ways.

As technology advancements continue to fuel these developments, it will be interesting to see just how far this goes.

After ringing endorsements, the MTN CFO will take up the top job at Africa’s largest telecom firm — but it won’t come without challenges
News & Fox
10 months ago

Morathi joins the telecoms group from Nedbank, where she was CFO for more than a decade
Companies
10 months ago
Next Article