After ringing endorsements, the MTN CFO will take up the top job at Africa’s largest telecom firm — but it won’t come without challenges 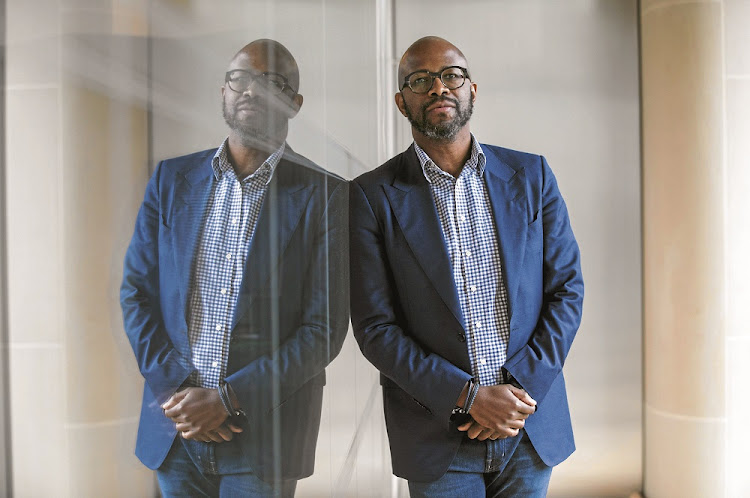 Ralph Mupita, MTN’s CEO from September 1, has been endorsed by investors as the best candidate to transform the telecom firm into a truly digital mobile operator, growing revenues in data and financial services and focusing on other African countries.

Though he will take up the post with less telecom experience than his peers, he does come with a wealth of business experience and support from investors, who see him as the natural successor to outgoing CEO Rob Shuter.

Mupita joined MTN in April 2017 after a 16-year career at Old Mutual. His final role at the insurer was as CEO of its emerging- markets unit, a position he held from 2012.

But even with relatively little experience in telecoms, Mupita has been excelling in fields outside his formal training.

An engineer by profession, with a degree from the University of Cape Town, he began his career at construction company Haw & Inglis. But after just three years he took up a post at Old Mutual’s Zimbabwe office before rising up the ranks, becoming strategy director at Old Mutual SA in 2001, MD of Old Mutual unit trusts in 2004, director of special growth projects in 2011 and CEO in 2012.

Even his entry into the CFO role at MTN was a bit "out of the box", as Mupita is not a chartered accountant.

In May 2019, just two years into the role, the Harvard Business School alumnus was named CFO of the year at CFO SA’s CFO Awards.

Mupita was appointed CFO just a month after Shuter began his stint as CEO, which means he was there when the company’s new strategy was formulated and has been driving its execution.

Under Shuter, MTN has been in pursuit of new revenue streams in financial services, music streaming and mobile gaming to counter the falling margins in basic telecom services such as phone calls.

But Shuter has also presided over a drop of more than 45% in the share price, reflecting the company’s exposure to risky though lucrative frontier markets such as Nigeria and Iran.

MTN, which has almost 260-million customers across 21 countries, is valued at R126bn.

Mergence Investment Managers portfolio manager Peter Takaendesa says Mupita’s experience at Old Mutual will continue to be valuable for MTN, which has had run-ins with authorities in various markets. Additionally, Mupita’s experience with emerging markets is a good fit for the operator, known for wanting to conquer such territories.

In a statement on the day of his appointment, Mupita said: "Leading a business with MTN’s history, scale and socioeconomic impact is a privilege and an honour, and I look forward to working with the group board and executive committee in driving growth and unlocking value for shareholders and broader stakeholders."

Ian Woodley, a portfolio manager at Old Mutual, one of MTN’s top shareholders, says: "[Shuter and Mupita] were consistent in stating the strategy of MTN, so at the moment it’s difficult to see how there would be any changes in the strategy recently articulated."

This strategy includes a withdrawal from the Middle East, asset disposals of interests in noncore businesses like Jumia and IHS, and the aim to "concentrate on becoming a pan-African champion".

Though MTN plans to exit the Middle East, it’s open to investment in other markets.

Mupita recently told the FM that MTN had, in June, entered the bidding for a mobile licence in Ethiopia. If successful, it could open the operator to a market of over 110-million people.

With backing from management and investors, Mupita looks set to take MTN into the future. The market will keep a close eye to see if the company avoids getting in hot water while also playing nice with governments in its operating countries. On both fronts, MTN’s time in countries such as Afghanistan, Iran and Nigeria has destroyed a chunk of the shareholder value those markets have created.

The company will become a pure Africa-focused telecoms operator if all goes to plan. That’s a good move, say analysts
Money & Investing
9 months ago
Next Article