The disruption unleashed by Covid-19 offers an opportunity to reset the way Wits Business School operates, says the man who has been appointed its next director 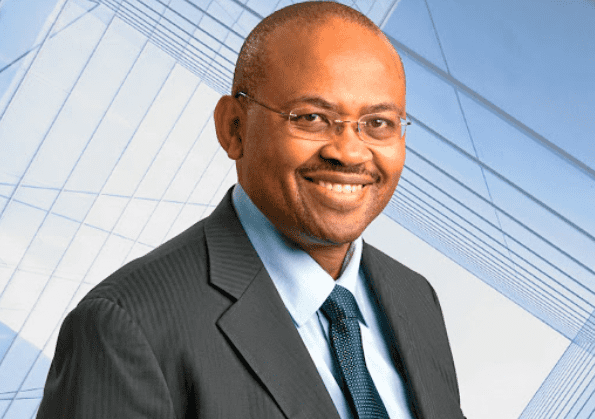 What better time is there to take on a new challenge than during a period of economic and social upheaval, when old rules are being jettisoned and business and society are crying out for fresh, innovative ideas, asks Maurice Radebe, executive vice-president of Sasol’s energy division.

Radebe, 59, has just been confirmed as the next director of Wits Business School (WBS). He will take charge next January, on a five-year contract.

The timing, he says, is opportune. He is due to retire from Sasol at the end of September, after 31 years in the energy business. So when Wits University came knocking this year, inviting him to apply for the WBS directorship, he leapt at the chance.

Radebe has a strong association with the school, through which he gained his MBA degree in 1997.

He has been its executive-in-residence since 2013 and is co-founder of its African Energy Leadership Centre.

Imraan Valodia, dean of the university’s faculty of commerce, law and management, in which WBS sits, says Radebe’s understanding of the school contributed to his appointment. That, allied to "a very impressive track record at the highest levels of management and leadership", makes him an ideal candidate.

The Covid-19 pandemic has forced business schools around the world to transform the way they operate (see Cover Story, page 18). Teaching has given way almost entirely to online education. Many corporate clients are cancelling or postponing executive education programmes, leaving big holes in schools’ operating budgets. Hundreds, possibly thousands, of SA companies may go out of business. And the pandemic is both highlighting and widening the huge inequality gap in SA society.

Some might run a mile at the prospect of taking on a business school during a period of such uncertainty. Not Radebe. He says: "It’s an exciting time to be involved. SA will never go back to the old way of life so, as a school, we have a unique opportunity to reset and redesign the way we operate. It’s almost like being handed a blank canvas."

SA is looking for all the new thinking it can get. "We need all hands on deck to get the country going again," he says. "At WBS we want to participate in the reconstruction, offer solutions and be a platform for dialogue."

All of this requires WBS itself to be functioning properly. After losing its status as SA’s undisputed top business school through a combination of its own poor management and aggressive competition from other schools, WBS has restored much of its former reputation.

But Radebe says there is more to do. Priorities include being more responsive to market needs, improving IT and implementing more effective administration systems. Jannie Rossouw, the interim director, has instituted a back-to-basics campaign this year to get the school running more efficiently. Rossouw retired at the end of 2019 as head of the university’s school of economic and business sciences, but was immediately transferred to WBS after former director Sibusiso Sibisi left two years into his three-year term.

Naturally, Radebe’s vision for the school includes greater transformation. But it’s not just about people. "Of course we want to see better demographic representation throughout the school, but it’s also about transformation of ideas," he says.

Business schools in Africa, as elsewhere, are still dominated by Western principles. Radebe wants something more attuned to Africa. "We need to transform thought processes, the way people learn and think," he says.

With so much to do, Radebe still intends to teach. "I am passionate about leadership and that is where my teaching will concentrate," he says. "I want to contribute to creating the next generation of leaders — young people who are passionate about ethics and governance. The country needs them."

Besides his MBA, Radebe has a BSc in applied mathematics and physics. His career in energy began at Shell SA in 1989. He moved on to Exel Petroleum, where he rose to become CEO before the company was bought by Sasol at the end of 2003. He has since held several executive positions at the petrochemicals giant.

Two years into a five-year term, the head of WBS will leave, after finding it hard to fit into the business school environment
News & Fox
1 year ago
Next Article

How business schools are revising the MBA

Why Judy Dlamini is fighting for boardroom equality

Where is the next generation of SA business school leaders?

How business schools are revising the MBA

Why Judy Dlamini is fighting for boardroom equality

Where is the next generation of SA business school leaders?