Shareholders direct a barrage of questions at CEO Sim Tshabalala at the bank’s AGM, after it refused to table two new climate change-related resolutions 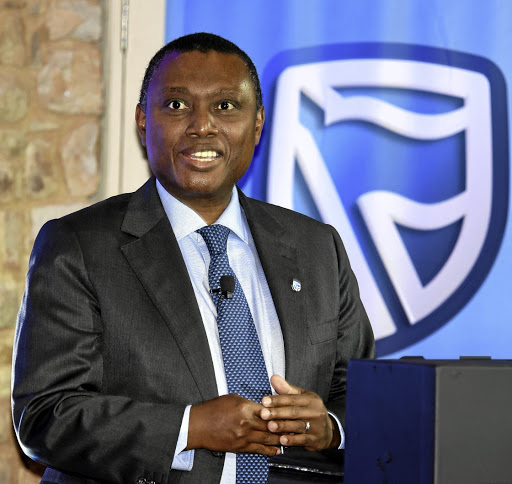 What a difference a year makes. This time last year, Standard Bank was basking in the warm glow of good PR when it became the first SA corporate to table climate-related resolutions at its AGM.

Two resolutions were tabled — one for the bank to disclose its exposure to fossil fuel lending and the other to adopt and publish a policy on financing coal projects; the latter was, somewhat surprisingly, approved by shareholders.

This year, however, things got messy.

Africa’s biggest lender this time refused to table two further climate-related resolutions — one addressing its exposure to fossil fuels and one asking it to include its position on oil and gas financing in its new coal lending disclosure — asserting that shareholders did not have a legal right to vote on such matters.

Activists, led by shareholder activist organisation Just Share, hit back, calling on shareholders to vote against the reappointment of five directors to the board who, they allege, are conflicted on matters of climate change by virtue of their ties to fossil fuel companies.

However, at the 2020 AGM, held via webcast last week, their call to action failed and the directors were reappointed.

Standard Bank CEO Sim Tshabalala, meanwhile, addressed a barrage of questions from activists and others.

While the Standard Bank board felt it was in the interest of stakeholders for last year’s proposed resolution to proceed, not so this year, he said. "In our view it is not in the best interest of the company and stakeholders that its AGM become an annual platform for policy advocacy and debate." 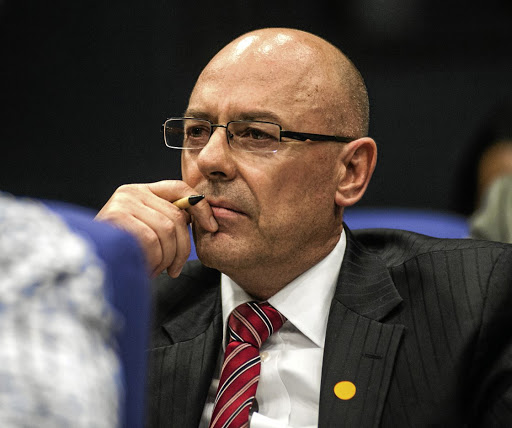 Tshabalala said allowing "single-issue advocates" with no fiduciary duties to dictate parts of the agenda for the entire group was not in the interest of good governance or democracy more broadly.

But the questions posed at the AGM were not only asked by nonprofits.

Aeon Investment Management voted against the relevant directors being reappointed when a question about how the conflict would be managed was not answered by the bank ahead of the vote. Chief investment officer Asief Mohamed says a conflict of interest can’t merely be described as "narrow interests".

Notably, former group head of sustainability management, Karin Ireton, asked why the board would not table a proposed resolution to disclose its portfolio risk to climate change, given that it is "emerging best practice".

Robert Lewenson, head of ESG (environmental, social and governance) engagement at Old Mutual Investment Group, which supported both climate-related resolutions at the 2019 AGM, says it is comfortable that the bank is tackling the question of its portfolio’s exposure to climate change as it has committed to produce a report on this later this year.

Lewenson says the group had not supported the call to vote against certain Standard Bank directors as it does not view a director as climate conflicted for simply sitting on the board of an extractive company. 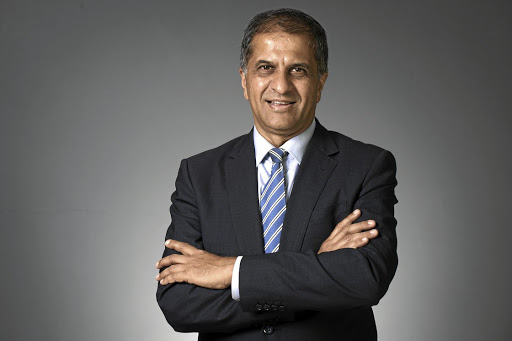 Given the chronic inequality in SA, Mohamed believes NGOs ought to push corporates to act on social issues. When it comes to asset managers, he sees ESG as more of a marketing tool to get more assets. "In reality they do not care about ESG, least of all the S in ESG in SA."

Shareholder activist Theo Botha, who was part of activist engagements with Standard Bank last year but not this year, laments that relations between the bank and Just Share have deteriorated.

"The fundamental issue is that we need NGOs and listed companies to come together, and they need to act in a responsible manner in terms of engaging. I’m not seeing it," he says.

Botha believes the breakdown in relations may have begun when, upon Standard Bank’s publication of its policy on lending to coal projects, Just Share issued a public response to express its disappointment with the policy, but did not engage further on the issues.

"It’s a fine line you have to traverse and I think Just Share has overstepped the mark," he says.

For Botha, who has been asking tough questions at AGMs since 2002, these meetings remain an important platform to drive agendas and ultimately have corporates adopt public policies. However, he believes the process is a long one.

"Just Share has been a bit impatient," he says. "We had a fantastic victory last year; one hopes that they can build on that and work with Standard Bank into the future."

But Tracey Davies, executive director at Just Share, is confident in her organisation’s approach. "Climate risk is now firmly at the top of the professional investor agenda," she says.

"We have been encouraged by our conversations with many institutional investors in recent weeks, especially those that have engaged with Standard Bank on the conflicted directors."

Standard Bank’s commitment to disclose its fossil fuel exposures by the end of this year is a significantly shorter timeframe than what it said was possible in 2019, she says. "We are making progress, and Friday’s AGM has only strengthened our determination."

* This story has been altered from the original, to reflect that Karin Ireton is a former employee of Standard Bank, rather than a current employee.

WATCH: Why activists want some Standard Bank directors to be voted out

WATCH: Why activists want some Standard Bank directors to be voted out