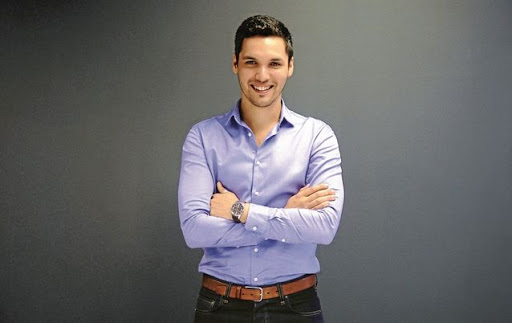 For a privileged few, getting from home to work is as simple as hopping into a car. But for most people it means taking public transport.

Commuters face an avalanche of unknowns: Are trains late, or running at all? Are bus or taxi drivers on strike? Which is the best route to where the commuter wants to go?

It was frustration along these lines that prompted Devin de Vries, Chris King and Dave New to seek a solution while they were registered as honours students at the University of Cape Town in 2007. "We were tired of the unreliability of the university’s shuttle service," says De Vries.

The trio set to work in a converted garage with the goal of creating a simple app to provide commuters with information about schedules and delays.

They went much further, and the end product was WhereIsMyTransport, a platform that makes data about all modes of public transport accessible to the public, city managers, transport operators, systems integrators and developers. "We term our solution info-structure," says De Vries.

"It enables far more value to be derived from existing transport infrastructure."

The company’s focus is on emerging markets, though it has had interest from cities in the US, Scandinavia and Eastern Europe, says De Vries.

"Our mission is in emerging markets, especially Africa."

The challenge in emerging markets is the prevalence of informal transport, primarily the ubiquitous taxi. "In Africa 60%-90% of transport is informal," says De Vries. "We want to create visibility for the whole system, not just the formal side."

Taxis present a big challenge. "We are monitoring routes and capturing data and are also [talking to] several taxi associations," says De Vries.

"[The associations] understand where we are coming from and know we are very pro-informal, but it is still a work in progress."

The trio has already attracted partners. The City of Cape Town was the first, and was followed by six other cities in SA and seven in other African countries, including Cairo. "We now have data about routes covering 55,000km, and have 60 integration companies and developers on our platform," says De Vries.

The company has also grown exponentially since its garage days. It employs 40 people, six of them in the UK.

The company’s backers include US-based Omidyar Network, which eBay founder Pierre Morad Omidyar founded to fund high-potential start-ups. A funding round is under way in the UK, where half of a targeted £3m has been raised.

WhereIsMyTransport is also on a prize-winning streak in the world of innovation. The 2016 Global Grand MobiPrize, an initiative of the University of Michigan, was added in October. It identifies WhereIsMyTransport as the business that has the greatest effect on revitalising the environment and economy of communities by means of sustainable transportation.