Get kids back in school, full-time, today 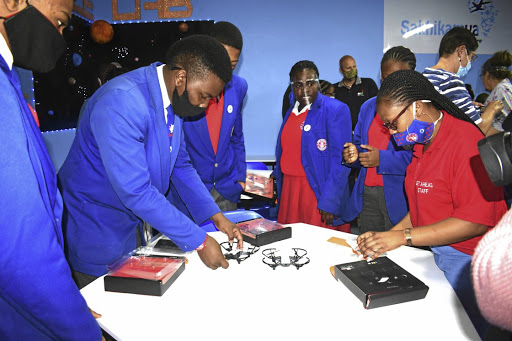 When Covid hit, countries all over the world closed schools. With little known about the virus, it seemed an obvious way to protect children and limit the spread of the virus.

Now, after a year of research, the evidence is clear: school attendance has not significantly worsened infections — but disrupting learning has been extremely detrimental to children, maybe with lifelong consequences. Our new paper, released this week, adds to this evidence, using the Nids-Cram survey data.

Our research shows that children (especially young children) are less likely than adults to contract Covid, are much less likely to become seriously ill, and don’t seem to spread the virus.

Taking five-to nine-year-olds as an example, only 23 Covid deaths have been recorded by the National Institute for Communicable Diseases (NICD). Yet about 3,000 children in this age group die annually from other causes. Children this age are about 1,000 times less likely to die from Covid than people aged 60 to 64.

Sadly, we do see excess deaths among teachers during the pandemic — but, critically, these occurred mainly when schools were closed, as infection rates were peaking. Meanwhile, we don’t see many excess teacher deaths between September and November, when all grades were attending school.

This is consistent with international research, and the NICD’s finding, which was that there were "no consistent changes in incidence trends associated with the timing of opening or closing of schools".

But the cost of closing schools is immense. Last year, the children in grades that were the last to be reopened ended up losing about 60% of all their potential school days.

Using data from reading tests covering thousands of children across Mpumalanga, the North West, the Eastern Cape and KwaZulu-Natal, we can see that during 2020, children learnt less than half what they normally learn in a year of schooling.

A great deal of teaching time (and learning) is still being lost as schools use "rotational timetabling" to allow for social distancing, in which children attend school on alternate days.

From this point, it could take a decade or more to return to the trajectory SA was on — and the children may never recover what was lost at a critical time in their early learning development.

Another persistent challenge is the increase in child hunger. The percentage of households with children receiving meals at school is still less than 50% — compared to 65% before the pandemic — partly due to the disruption of "rotational timetabling".

The research shows that when children are receiving meals at school, adults tend to be less worried about them returning to school.

What needs to happen next? The issues at stake are critical.

While the government did the best it could initially, there is now a strong case for going back to full-scale school attendance.

The Covid risk associated with schooling is relatively low, while the evidence of serious educational and nutritional harm is mounting. Given the low risk faced by younger children, this could first be implemented in primary schools — with safety measures such as masks, frequent sanitising and screening.

And there needs to be widespread support from all quarters — parents, teacher unions, health authorities, political leadership and the media. The alternative — keeping children out of school — is a cost too great to pay.

New research this week shows that nearly three-quarters of South Africans want the Covid vaccine — the highest estimate of ‘vaccine intent’ seen yet ...
Features
1 month ago

Nids-Cram data reveals that those who are hesitant about vaccination aren’t particularly religious, but that they are often younger and tend to ...
Features
1 month ago

From 1935 to 2001, SA produced its own vaccines. But since then, we’ve fallen far behind our peers, which leaves us at the back of the queue for ...
Features
1 month ago

‘Send kids back to school’

The government is ‘considering’ a request for children to return to school full time, rather than every second day. They need to do it quickly — or ...
Features
1 month ago
Next Article

BUSI MAVUSO: Pragmatism rather than dogma welcome in ...