The economic and financial market shocks unleashed by Covid-19 have worsened an already declining investment landscape in Africa. But there are various opportunities for recovery 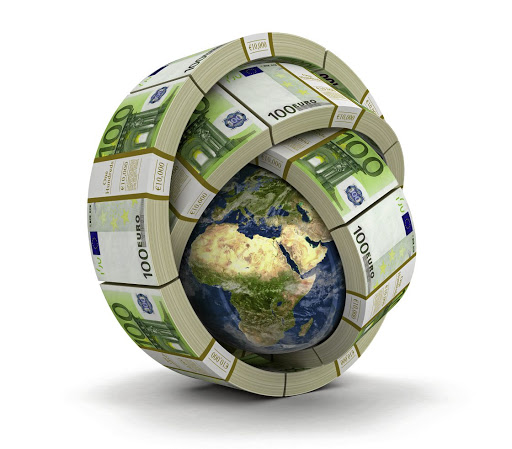 Global foreign direct investment (FDI) has suffered dramatically as a result of the coronavirus pandemic, and is set to decline to below $1-trillion for the first time since 2005. This represents a remarkable 40% year-on-year fall, with FDI set to dip below even the nadir of 2009 — the hangover from the global financial crisis.

This decline reflects the synchronised nature of the crisis, which has affected developed and developing markets simultaneously and unleashed real economic and financial market shocks in unison.

The consequences for the investment landscape have been far-reaching — from reduced cross-border mergers & acquisitions activity, to divestments, to delays to, or the abandonment of, new projects and a slowdown in implementing current ones. Risk aversion has emerged as the dominant theme, with companies and countries switching to firefighting mode and scaling back their international operations.

Africa has not been immune to these realities. Already facing declining FDI — a 10% drop in inflows in 2019 to $45bn — the continent has been hit by Covid-19.

FDI flows to the continent for 2020 are forecast to have contracted 25%-40% based on GDP growth projections as well as a range of investment-specific factors, according to the UN Conference on Trade & Development’s "World Investment Report 2020".

The negative effects of slower global and regional GDP growth and softer demand for commodities have constrained flows to countries with both diversified and natural resource-orientated investment profiles, though a few countries received higher inflows from large new projects.

As the continent now attempts to recover from Covid-19, commodity declines and an increased cost of funding, what are the opportunities and challenges that must be navigated to obtain much-needed investment?

In a context of supercharged nationalism, many traditional investors may seek to consolidate domestically rather than pursue outward investment drives. As a result, there is a risk that investment in Africa may be placed on the back burner or — more worrying — that international divestments may rise as multinationals look to insulate themselves from future shocks by shortening their supply chains.

With the vaccine rollout expected to be slower in Africa than elsewhere, this could also compromise the continent’s economic recovery.

And with the external environment potentially turning more hostile, African policymakers will need to develop home-grown solutions to safeguard themselves. Catalysing domestic investment to offset external dependency must therefore become an urgent priority.

At present, direct investment from within Africa accounts for only about 10% of the continent’s FDI, against levels of about 80% in Europe and 50% in Asia. This meagre outlay has the potential to be substantially enhanced, particularly through regional powerhouses such as SA and Morocco.

It will also be imperative to prevent protectionist impulses from gaining traction in Africa. Already there have been flashpoints, including Nigeria-Benin and Zambia-Tanzania border disputes. Prior to the outbreak, tensions between Nigeria and SA were inflamed in late 2019 by xenophobic violence in SA.

Meanwhile, Kenya’s attempts to unilaterally negotiate a free trade agreement with the US continue to create friction with other African states.

Africa’s policymakers can ill afford these skirmishes to become more pronounced. Indeed, they need to realise that a collective approach represents the best option of attracting investment in the current climate.

To take advantage of discretionary foreign capital, African countries also need to position themselves smartly. For this, they must avoid the clumsy own goals that have characterised the policy landscape in recent years.

Take Nigeria and Tanzania’s telecommunications and mining sector bungles, for example: both placed onerous fines, taxes and ownership prescriptions on foreign-owned companies — moves likely to deter new market entrants. The erratic, disproportionate and haphazard way in which punitive measures were communicated and administered not only rattled the business community within these countries, but also inflicted severe damage on investor sentiment.

Despite the obvious challenges, there are also some compelling reasons for optimism.

First, the expected recovery in commodity prices should boost growth rates. Increased commodity demand, especially from China, relaxing trade tensions and a more multilateral approach to global governance could all be tailwinds for African economies.

And recovering investor sentiment, along with favourable financial and monetary conditions, will act as another stimulus for external investment.

Next, the African continental free trade area (AfCFTA), which took effect on January 1, is a drawcard.

To the extent the AfCFTA reduces and eliminates tariffs, integrates markets and economies, adequately addresses nontariff barriers to trade and enhances trade and investment policy certainty, FDI will increase.

Foreign investors are increasingly attracted by the sheer size and scale of the African market. With a population of 1.3-billion and an economy that has the potential to reach $3.4-trillion, this makes it a bigger market than India.

Regardless of reservations about fragmented politics, economic instability and opaque regulatory and legal environments, any investor worth their salt will see the opportunity Africa offers.

To be sure, the AfCFTA is far from a silver bullet, but measures to reduce red tape and friction costs, streamline regulatory and investment policies and foster greater regional integration can only enhance the continent’s investment attractiveness.

With a population
of 1.3-billion and an economy that has the
potential to reach $3.4-trillion, Africa is a bigger market than India

Last, Africa has become a theatre of competition for states expanding their global reach and relevance. This is increasingly reflected in the numbers, with some surprising trends in the investment landscape.

Despite the fanfare and controversy surrounding Chinese investment, that country’s investment activities continue to lag; with an estimated $46bn of inflows in 2019, it was only the fifth-largest investor in Africa.

With Brexit now concluded and with aspirations to become a "global Britain", the UK has been actively courting African partners. With inflows of $49bn, it has passed the US ($48bn) to become the third-largest investor in Africa.

Meanwhile, the administration of US President Joe Biden is expected to pursue a more holistic approach to Africa than its predecessor, which prioritised security and (belatedly) commercial aspirations, and neglected diplomatic and political considerations. The Biden administration would do well to build on existing investment initiatives such as Prosper Africa, which have laid a foundation to enhance US investment activity on the continent.

In light of the US’s ongoing strategic rivalry with China and Russia, and enhanced International Monetary Fund engagement, the prospects for US investment are expected to grow.

At the same time, Russia, Japan and India have all increased their investment exposure in Africa in recent years, funding projects for electricity generation, mineral extraction, infrastructure, manufacturing and telecommunications.

Russia has aggressively pushed nuclear energy on the continent — both to offset the impact of US sanctions and to bring home much-needed foreign currency. Meanwhile, India and Japan continue to scour the continent for new trading ties that will buoy domestic growth.

Gulf states are also increasingly seeking to extend their reach and influence with Saudi Arabia, the United Arab Emirates, Bahrain and Qatar looking to deepen their strategic ties with Africa.

All of this is reflective of an increasingly diverse and expanding investor universe. With the right acumen and awareness, Africa can leverage this interest to its advantage.

Simply put, African countries should follow the money. Djibouti, for example, has exploited its strategic location along oil trade routes to obtain cash, infrastructure and investment from the US, China, France, Italy and Japan. These countries invest in the tiny state to maintain the military presence required to protect strategic shipping lanes.

Through streetwise diplomacy and negotiation, Djibouti has achieved disproportionate commercial and strategic benefits.

Africa remains the battleground upon which global powers seek to stamp their presence, expand their reach and claim strategic geopolitical dominance in increasingly divided political landscapes. This is presenting new funding opportunities.

The problem is that African countries’ efforts to attract foreign investment to boost development and industrialisation have not had much success. The continent is still marginalised in the global political economy, with barely 5% of global FDI flows. In all likelihood, the economic fallout from the pandemic will continue to act as a drag on investment in the short term.

However, to mitigate these adverse effects, Africa must do three things.

First, it should ensure greater policy consistency and stop scoring own goals.

Second, a strong regional integration agenda under the auspices of the AfCFTA must become a priority.

And third, through savvy economic diplomacy, countries should exploit the changing geopolitical and investment landscape for commercial and political benefits in line with their strategic objectives

Through the combination of these measures, the continent may just surprise on the upside.

JONATHAN COOK: How local business can tap into Africa’s promise

XHANTI PAYI: Why the delay in free trade?

If the continental plan is to succeed where other plans failed, it needs to prioritise inclusive growth
Opinion
6 months ago

In 2020, the continent was battered by Covid, conflict and a commodity price rout. What lies ahead?
Features
6 months ago
Next Article

African trade deal still some way off from becoming a reality

Africa must work together against Covid-19 economic effects

African trade deal still some way off from becoming a reality

Africa must work together against Covid-19 economic effects