Germs are outsmarting medicine faster than SA’s overburdened facilities can keep up with. There are ways to cut resistance, but such plans need more money for them to work 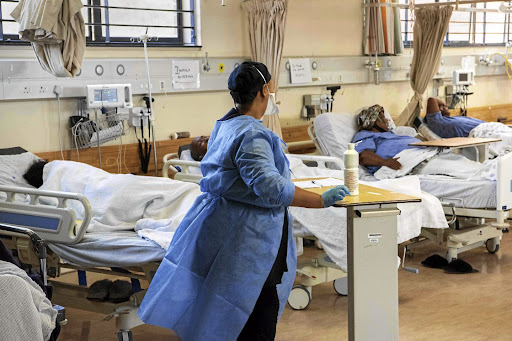 Common germs are outsmarting medicine much faster than SA’s health system can keep up with — and new research suggests there isn’t the money (or enough specialists) at state facilities to stop more bugs from becoming untreatable.

A paper published in Antibiotics in June showed only three of 57 health facilities in KwaZulu-Natal have set aside money for teams to roll out SA’s official plan for curbing antimicrobial resistance (AMR). Just four of 10 hospitals in the province had a microbiologist (someone who studies microbes such as bacteria) on their team and only two had an on-site infectious diseases specialist.

The country’s guidelines for dealing with AMR say microbiologists and infectious diseases specialists are crucial on such teams, because they help to detect signs of resistant infections early, prevent them from spreading and monitor how antibiotics are prescribed.

AMR develops because, over time, germs change the way their cells work to evade things that could kill them. This is a natural process, and generally it would take a very long time for microorganisms sporting a change that could make them resistant to a treatment to become common.

But germs multiply fast. And because we overuse and misuse antibiotics — for example, by taking them when we don’t need them, not finishing the full course or having the wrong type of antibiotic prescribed for a certain infection — we steadily allow more and more of the germs that have developed resistance to thrive.

The department of health’s first action plan on drug resistance expires in two years, but very few facilities have any money to roll it out

Disease-causing microorganisms such as bacteria and fungi that are able to dodge antibiotics are especially worrisome in hospital-associated infections (HAIs), which develop in seven out of every 100 patients in high-income countries, according to the World Health Organisation (WHO). In developing countries it’s double that, the organisation says.

HAIs can easily develop following surgery or in patients who are on ventilators or have an intravenous drip. If the infection is caused by resistant bacteria, getting an operation such as a knee replacement could mean losing a leg instead.

For some patients, this nightmare scenario has already become a reality. Over the past year, four patients in the Western Cape’s Groote Schuur hospital had to have a leg amputated after a common knee operation because of an infection for which antibiotics no longer worked.

Six types of bacteria that are commonly seen in HAIs are on the WHO’s list of microbes for which new treatments are urgently needed because they’re fast becoming resistant to available antibiotics.

The reality of AMR — and the health system’s lukewarm action — presents a depressing situation, says Marc Mendelson, the head of SA’s ministerial advisory committee on AMR.

Time’s running out for the government to achieve its first set of goals to control drug resistance (they lapse in 2024), because its plan has never had enough funding, Mendelson says. And with the national health budget set to decrease in the next couple of years, the situation is unlikely to change.

One place where the loss of working antibiotics will have a big impact is in surgery.

“Doctors usually give patients an antibiotic shortly before an operation to stop infection in the wound,” says Mendelson. “If the drugs no longer work against common germs, [about] 40% of hip replacements will become infected.”

This could lead to people choosing to not have an operation that they need or which could improve their quality of life, such as a hip replacement, he warns.

The bacteria health authorities are most concerned about — especially in hospitals — are commonly called the ESKAPE group, an acronym made up of the individual species’ names.

One of these is called Klebsiella pneumoniae (the K in ESKAPE), which can lead to bloodstream infections, septic wounds or the patient’s body rejecting a prosthesis such as a replacement hip.

There are four types of antibiotics that can be used against this bacterium.

In 2016, about two-thirds of these infections could be cleared up with one of these antibiotics; by 2020 less than half could be treated with this drug.

That meant medical professionals had to move on to the next option. But by this time about seven out of 10 blood samples showed that “K” had already moved, and could thwart this medicine too.

Doctors usually give patients an antibiotic shortly before an operation to stop infection in the wound. If the drugs no longer work against common germs, [about] 40% of hip replacements will become infected

We are now down to our last two options, says Mendelson, but a quarter of infections are already resistant to one of them. This leaves only one more, called colistin, as our last resort.

The WHO lists this drug as one that should be used only when all other antibiotics no longer work, but special permission is needed to prescribe it in SA.

“They [K. pneumoniae] are really pushing the last resort,” explains Mendelson. We’ve had strains in people for which we had no antibiotics left to treat them with.”

How to beat the bugs

Developing new treatments for microbial infections, or preventive medicines such as vaccines, is expensive and takes time, so in the meantime we need to make the most of what we have for as long as we can.

One way to do this is to set up an antimicrobial stewardship programme at hospitals. This means putting together a team of health workers made up of doctors, nurses and pharmacists, and led by a microbiologist or infectious diseases specialist, to oversee responsible use of antibiotics. As part of their oversight, such a team would check that the right type of antibiotics is prescribed for patients, the correct dose is administered, and that the medicine is given only when laboratory tests confirm it should be.

Having a microbiologist or infectious diseases specialist on the team is important, because of their knowledge of how germs respond to specific antibiotics.

A 2017 study from Groote Schuur Hospital showed that an antimicrobial stewardship programme led by someone with this expertise reduced antibiotic use, for four years running, by almost 20% compared with what it was before. This cut the hospital’s bill for buying these medicines by more than R3m.

But SA has far too few of these specialist scientists working in  hospitals — only 42, according to Mendelson — and in four of the nine provinces there aren’t any at all.

Not having enough training about antimicrobial stewardship programmes could lead to health workers feeling unsure about prescribing antibiotic treatments. This can result in incorrect prescribing, as a 2018 study across eight primary health-care facilities in the Cape Town area showed.

Researchers found that in three out of 10 cases, antibiotics were prescribed without a documented diagnosis to support this treatment, and one out of five patients who were given antibiotics didn’t need them. The research also revealed that the wrong type of drug was often prescribed, or that doctors advised an incorrect dose or duration of the treatment.

Changing this comes down to money, expertise and awareness — and these three legs can’t stand alone.

Despite “some successes” in getting South Africans — both medical professionals and the public — to use antibiotics more responsibly, such as a ministerial advisory committee being set up and having guidelines for implementing stewardship programmes at facilities, things need to change at a practical level.

According to Mendelson “it’s human resources, education, and acceptance by the country” that will help us limit the rise of untreatable bacterial infections.

With adequate funding, health workers such as nurses can be trained to become important  links between pharmacists, doctors and patients, which a 2022 study showed can lead to significant improvements in responsible antibiotic use.

Financial support for training and employing more infectious diseases specialists can also help to get these skills into provinces that don’t have access to such expertise.

Until then, outreach activities by specialists at tertiary hospitals can provide remote support to secondary and primary hospitals in rural areas.

Getting pharmacists to do ward rounds in the hospitals has also been found to work. In a five-year study across 47 private hospitals in SA, pharmacists were involved in checking antibiotic prescriptions. For those that had to be changed, four in 10 were because the treatment was given for too long, and so by suggesting a change the pharmacists’ input led to a significant drop in antibiotic use.

Big programmes like this aren’t always possible — and it might not be necessary in each case. Even small steps with limited medical staff representation can make a big difference, says Sarentha Chetty, lecturer in pharmacology at the University of the Witwatersrand and lead author of the KwaZulu-Natal study.

“Sometimes it's just one person [with stewardship training] who’s checking things,” she says. “With the rest of the team’s support it’s doable, even if it’s on a smaller scale.”

* This story was produced by the Bhekisisa Centre for Health Journalism. Sign up for the newsletter

Naeemah Abrahams and the secret to defeating evil — do something

In the hospitals of 1980s SA, Naeemah Abrahams saw how often women showed up battered and bruised, a phenomenon her colleagues didn’t make much of. ...
News & Fox
2 weeks ago

WATCH: What makes a good doctor? Why school marks aren’t everything

Health workers-in-training say they feel forced to abuse birthing patients as part of a dark rite of passage on the road to becoming a doctor or ...
Opinion
3 weeks ago

Specialist doctors at many state facilities aren’t showing up to work despite earning millions of rands a year in taxpayer money. The consequences ...
News & Fox
1 month ago
Next Article