The JSE’s Sustainability Disclosure Guidance document, released in December, is a welcome addition to the corporate governance space. But some express concern that its provisions are not mandatory 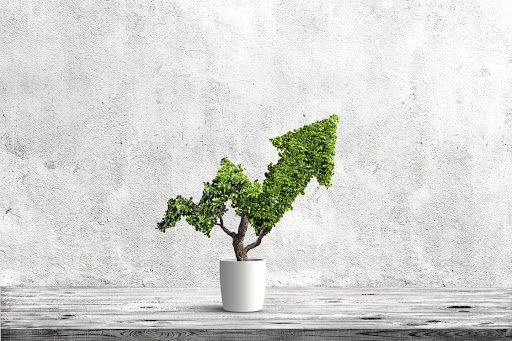 Not much good comes out of the JSE in December. It’s a month for treading water; a month when price movements are muted or going significantly in the wrong direction. It was, after all, in December 2017 that Steinhoff’s board made its historic "accounting irregularities" understatement. It was in December — the very same December, in fact — that Sekunjalo pulled off the brazen listing of Ayo Technology Solutions, taking the clients of the Public Investment Corp for a long R4.3bn ride.

So, when the JSE released its Sustainability Disclosure Guidance document in early December 2021, it was easy to suspect the regulator was keen to bury it; ho-hum, not another environmental, social and governance (ESG) initiative?

It turns out the JSE document is anything but. For a start, without wanting to seem picky, it’s more about sustainability than ESG. But more important, and without wanting to seem gushy, it’s possibly the most informative and useful document produced locally in this field in more than 30 years — including the first slim version of the King Code in 1994.

For those who have not followed the tortuous trail that ESG/sustainability disclosure has wound on its way from the distant fringes of corporate reporting to the mainstream, this is an excellent catch-up guide, and more. Plus, for the most part, it is written in accessible English rather than the usual tedious consultant-speak.

Generally, it has been well received by the investment community: most acknowledge the balancing act the JSE has pulled off by aligning its recommendations with global best practice while adding a critical local flavour.

The King Code and integrated reporting guidelines notwithstanding, there has been no detailed guidance for how to deal with sustainability and ESG reporting, says Fourie. Until now.

Unsurprisingly, companies are becoming aware that ESG/sustainability is no longer the preserve of what might once have been dismissed as a clique of activist do-gooders. Even if mineral resources & energy minister Gwede Mantashe — who one commentator suggests is too red to be green — manages to slow down the pace, change is coming at a dizzying rate. 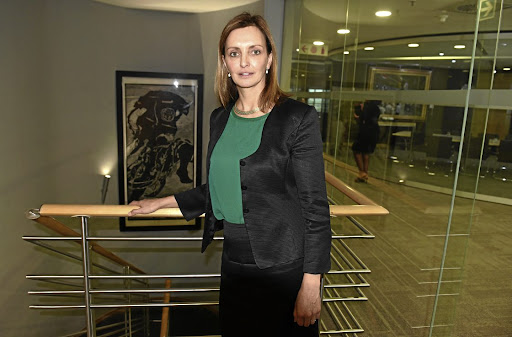 The biggest sign of that is on the financing front, where funding for old-style polluters is drying up or becoming prohibitively expensive. But consider, too, the battles extractive companies are waging — and increasingly losing — with affected communities.

JSE chief sustainability officer Shameela Soobramoney says the bourse was getting frequent requests for help from companies trying to navigate this rapidly evolving landscape. There was a sense they were being overwhelmed by dire warnings on so many fronts; most realised they had to do something, but weren’t sure what.

Soobramoney says the larger companies, particularly those with obvious sensitivity to the environment, generally had systems in place or could afford to employ consultants to help them address their measurement and disclosure challenges. But for medium and smaller companies, the prospect of heading down a rabbit hole of initiatives and recommendations in the company of potentially costly consultants was daunting.

"The Sustainability Disclosure Guidance represents our best take on what the issues are," Soobramoney says, adding that it provides a framework for navigating the challenges that can easily be applied by small companies.

And as a number of fund managers tell the FM, it certainly helps that it is aligned with most of the influential global initiatives.

The authors have not only distilled the essence of the major global initiatives, but have promised to provide regular updates — something that is critical, given the speed at which this complex issue is developing.

Not everybody is pleased that there are no plans at present to convert the substance of the guidance into listing requirements.

Robert Lewenson, head of responsible investment at Old Mutual Investment Group, says the document will be useful for experienced companies as well as "those only beginning their sustainability reporting", but he is concerned about the lack of prescription. "This means that it is up to active owners of listed companies to steward companies to application of the principles as the guidance doesn’t have the force of law."

However, over at Allan Gray, ESG analyst Raine Naudé has welcomed the lack of prescription, which, she says, will enable smaller companies with fewer resources to build disclosure capacity over time. She describes the guidance as comprehensive and carefully considered, adding: "We also appreciate the effort to bring greater consistency to ESG reporting."

Confusingly — especially for those not steeped in ESG-speak — there is no clear agreement on precisely what the concepts of sustainability and ESG involve. There is considerable overlap in the two terms, but they are not precisely interchangeable. And it’s particularly important to be aware of this uncertainty when considering ESG disclosure on the one hand, and sustainability disclosure on the other.

The sustainability disclosure document is world-leading; it collates the best of global initiatives and has an important SA dimension. The fact that it’s not mandatory is problematic

Sustainability disclosure is championed by the EU, the King Code, the Global Reporting Initiative (GRI) and now the JSE, as well as activist groups around the world.

Jonathon Hanks, founding partner of sustainability advisory group Incite, which assisted the JSE in compiling its sustainability document, explains the distinction in the context of "double materiality". There’s "financial materiality", which deals with the impact on enterprise value and is the subject of the proposed IFRS/FSB standards, and then there’s "environmental and social materiality", which deals with the impact of the enterprise on the environment and society.

In its Climate Change Disclosure Guidance, a document released separately in early December, the JSE describes the list of disclosures that should be included in financial reports when deemed financially material. It refers to the comprehensive checklist produced by the Task Force on Climate-related Financial Disclosures (TCFD).

The task force was established in 2015 by the FSB, the powerful international body that monitors and makes recommendations about the global financial system. The TCFD, headed by former Bank of England governor Mark Carney, is essentially the 800-pound gorilla in this disclosure room. It was set up to track the impact of climate change on enterprise value.

So it is no coincidence that the IFRS Foundation, which is responsible for setting accounting standards for most of the globe, has thrown in its lot with the TCFD through the formation of the International Sustainability Standards Board (ISSB).

The board was established on the assumption that financial markets need to assess the risks and opportunities facing individual companies from ESG issues. The risk assessment requires disclosure from companies, which is where the ISSB comes in: investors want standards of disclosure that meet their information needs.

The ISSB is developing "a comprehensive global baseline of high-quality sustainability disclosure standards to meet investors’ information needs". It expects to release TCFD-supported standards for comment later this year.

Inevitably, the TCFD’s ESG checklist is focused on how developments in a company’s environment might affect the company’s value. Thus, in the governance section, companies are asked to disclose whether their boards are informed about climate-related issues. On risk management, companies are asked to disclose how the potential size and scope of identified climate-related risks are determined.

Hanks explains that sustainability has a much broader focus and its target market goes way beyond shareholders/capital providers to include an array of stakeholders. In contrast to the TCFD/ISSB ESG initiative, which looks at how "external" forces affect enterprise value, a sort of outside-in perspective, sustainability disclosure attempts to disclose how the company affects its environment. Its inside-out perspective is aimed at achieving a more equitable society and an economy that operates within ecological boundaries.

This perspective is encouraged by the King Code, the EU’s proposed Corporate Sustainability Reporting Directive and the GRI.

Perhaps inevitably, the JSE’s sustainability disclosure recommendations tend to be meatier than the TCFD’s. To take one example: at governance level it recommends disclosing information relating to the processes and frequency by which the board is informed about material sustainability issues and the company’s interaction with the broader sustainability context, "including any significant negative effects that the organisation’s operations have had on people, the environment and economy".

Better still — possibly the best part of the document — is the wide range of sustainability metrics it lists. For those weary of the box-ticking mentality that has come to dominate corporate governance, the really good news is that these are not principles or recommendations; they are measurable aspects of the company’s overall governance.

Again, they represent a distillation of the best practice available internationally, "with explicit provision for SA’s business context and developmental challenges", says the JSE.

However, there is a danger that sustainability disclosure will be overlooked as companies focus on meeting the ISSB’s ESG standards, due out in the next 12 to 18 months. This would essentially mean auditors being responsible for oversight of all ESG disclosure, a prospect that even some auditors find chilling.

"Given their patchy track record, I’m very worried that we’re allowing auditors to audit everything," one highly qualified accountant tells the FM.

Tracey Davies, executive director of shareholder activist organisation Just Share, which has done more than most fund managers to drag sustainability issues out of the corporate shadows, says the history of corporate governance and disclosure reinforces the reality that what gets measured gets managed.

"The sustainability disclosure document is world-leading; it collates the best of global initiatives and has an important SA dimension," Davies tells the FM. But, echoing Lewenson’s concern, she says: "The fact that it’s not mandatory is problematic."

As a result, she’s concerned that sustainability issues might remain in the background.

Mike Martin, head researcher at Active Shareholder, which advises NGOs on how to vote at AGMs, is an enthusiastic supporter of the sustainability disclosure document and believes the metrics will be extremely useful for analysing companies. "These are points of reference, not boxes to be ticked," says Martin, before expressing one reservation: "It’s not compulsory."

However, he believes growing numbers of activists will give it the authority it deserves through their newly minted metrics-based engagements with companies.

Few companies are implementing even some of the suggestions of the taskforce on financial disclosures, writes Gray Maguire
Opinion
3 months ago

We are donkeys walking across a field to eat a carrot. In this case, sustainability-linked financing
Opinion
4 months ago

Investors concerned about climate change and social justice had a bumper year, successfully pushing firms and regulators to make changes amid record ...
Companies
5 months ago
Next Article

ROB NAGEL: How small companies can use ESG to boost their business

SHAWN HAGEDORN: From pricing securities to managing ESG investments — a ...

VINCENT OBISIE-ORLU: ESG: smoke and mirrors or a way for markets to help save ...

ROB NAGEL: How small companies can use ESG to boost their business

SHAWN HAGEDORN: From pricing securities to managing ESG investments — a ...

VINCENT OBISIE-ORLU: ESG: smoke and mirrors or a way for markets to help save ...