Illegal firearms from state supplies are fuelling violent crime in SA, but transparency over state weapons is lacking 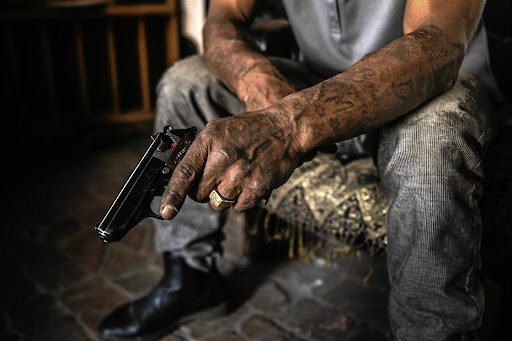 SA is awash with stolen guns. The types of violent crime that are on the rise — cash-in-transit heists, armed robberies and assassinations, for example — have one factor in common: the ready availability of illegal guns that allow perpetrators to kill, maim and intimidate.

Many of these firearms have been lost by — or stolen from — civilian gun-owners, but many others come from state institutions.

What’s not clear is exactly how many firearms have been lost and stolen from the police, military and other government departments. A lack of oversight means many losses and thefts go unrecorded.

At present the SA Police Service is the only government institution that reports on the number of firearms that are lost by or stolen from its officers each year. Between 2002/2003 and 2018/2019, police officers reported 26,277 firearms lost or stolen.

Many firearms have also been lost from police evidence stores and armouries. That’s clear from the number of high-profile cases where weapons stored by police or marked for destruction have ended up in the hands of criminal networks.

Prominent among such cases is that of senior police officer Col Christiaan Prinsloo, who was responsible for managing several of the police’s Gauteng armouries and firearm stores. He admitted in court to being part of a network that had supplied at least 2,400 firearms to criminal groups.

Though some information can be gleaned from new reports, the exact number of firearms lost from these stores and armouries is not available. This is the result of ineffective security for stored weapons at police facilities — an issue that’s been highlighted by the police’s own legal services.

The police ‘lost’ more than 9.5-million rounds of ammunition over the six years to August 2019. Over the same period, the SANDF lost more than 48,000 rounds

There also appears to be no effective and independent auditing of firearms destruction. An official of the SA Arms & Ammunition Dealers Association tells the Global Initiative Against Transnational Organised Crime (GI-TOC) that "there seems to be a lack of control of firearms identified for destruction. When doing inspections, [we find that] there is often no stock list available."

Very few police officers are charged or disciplined for the loss or theft of their firearms. The 2018/2019 police annual report says only six officers faced disciplinary charges for contravening the Firearms Control Act during the year under review, despite the auditor-general (AG) reporting that the police had lost 689 firearms during that period.

Worryingly, the true figures for lost police-issue firearms may be far higher than the annual reports suggest.

The number of police firearms reported lost or stolen fell dramatically after 2010. While this drop was in part due to the introduction of better methods of tracing firearms, it was also because of changes in the way lost and stolen firearms were reported.

Before 2010/2011, firearms that couldn’t be traced during station audits were included in the statistics. Afterwards, only those that were actually reported lost or stolen by police officers were counted, meaning far more firearms are likely to have been lost and stolen since the new system came into effect.

This concern is supported by findings from the office of the AG, which found during its 2018/2019 annual audit that the police had underreported the number of firearms lost and stolen because many of these weapons had not been captured on the Enhanced Firearms Registration System, the database developed by the police to monitor firearm ownership.

The AG also found that police had overreported recovery rates of lost firearms, as some of the police-issue weapons reported as "recovered" had not been reported either lost or stolen.

Theft of police firearms is not exclusive to SA. In Zimbabwe, for example, the theft of firearms from police armouries by corrupt officials is a serious problem; civilian firearms deposited at police armouries for safe-keeping have even been resold to criminals.

In Mozambique, a senior officer with the national criminal investigation service, the Serviço Nacional de Investigação Criminal, says: "Weapons control has not been strict. There has also been opportunism on the part of military or police officers who claim to have lost weapons during operations, when in fact they have diverted the weapons for use in criminal acts."

In an interview, a senior official from opposition party Renamo claims some of the weapons used early on in the Islamist insurgency in the northern province of Cabo Delgado were sourced from former police officers in the area. These officers had lost their jobs for stealing police weapons and selling them on the black market. Following their expulsion from the service, they continued to facilitate the sale of weapons, including to the insurgents. 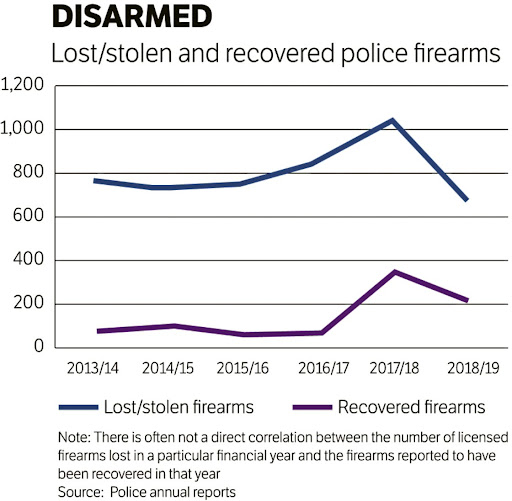 Weapons have also been lost and stolen from SA National Defence Force (SANDF) stores. In October 2020, for example, defence minister Nosiviwe Mapisa-Nqakula admitted to parliament that between April 2017 and August 2020 50 standard issue R4 and R5 rifles, 10 Z88 pistols, five Beretta pistols, four Star pistols, a pair of Sig Sauers, one Glock pistol and a Vektor handgun had been lost or stolen from the defence force.

Yet no regular reports are made on the number of firearms lost by or stolen from SANDF employees, allowing such losses to remain under the radar of public scrutiny.

The police and army are not the only government agencies that possess state-issued firearms. The GI-TOC submitted formal requests to seven such government departments — defence and its military veterans subsidiary, correctional services, environmental affairs, justice & constitutional development, and agriculture, forestry & fisheries, as well as the State Security Agency (SSA) — requesting information on how many state-issue firearms are held by each department, and how many have been lost or stolen over the past 10 years.

The request was made under the Promotion of Access to Information Act. Only the justice department responded.

This not only shows a problematic disregard for the legislation, it also prevents public scrutiny of weapons-security standards in these departments.

What makes the situation more concerning is the sheer number of weapons held by the state. Figures made available in 2015 showed that state institutions and entities in SA possessed about 1.3-million firearms. At present, the police and army together hold just over 608,000, which means more than 660,000 are held by other government institutions.

Only, there’s little public oversight. Many of these departments have a poor record of monitoring firearms or reporting lost and stolen arms to the police. For example, in metro police departments, which fall under the jurisdiction of local metro councils, information about the number of lost or stolen firearms is not readily available. One reason is that the loss of firearms from these departments is treated as loss of council property rather than the loss of a lethal weapon.

The inability of metro police departments to provide such figures became evident during a May 2010 briefing with the parliamentary portfolio committee on police. Most were unable to answer the committee’s question about how many firearms had been lost or stolen by each department.

In July 2019, an Ekurhuleni metro police department armoury audit report apparently found that of 3,525 licensed firearms, 382 had been reported missing or stolen, and 357 were unaccounted for. And the 382 firearms reported missing were never reported to the police, as should have been done in terms of the Firearms Control Act.

The SSA has reported similar problems in the physical security of its firearms. In January 2021, acting SSA director-general Loyiso Jafta told the Zondo commission of inquiry into state capture he was worried that firearms under the jurisdiction of the agency could have been used in criminal acts. 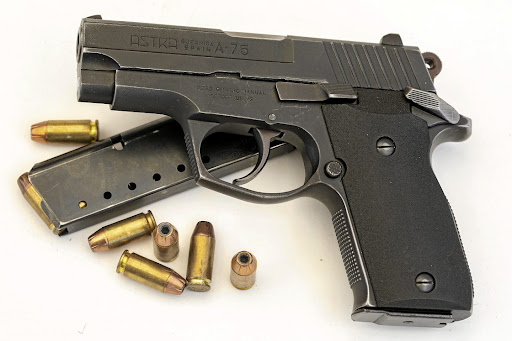 The chief directorate of special operations (CDSO) had violated SSA firearm policies and procedures, including by allowing pistols and assault rifles to be kept in the personal custody of certain CDSO members for years, with no-one in the SSA knowing where the firearms were stored or what they were being used for.

The problem of firearms management in government departments outside the police and military is also not unique to SA. In Mozambique, a conservation director working on a reserve tells GI-TOC that some of the heavy-calibre rifles imported by the ministries of tourism and agriculture for animal control were sold by district officials to poaching networks.

Illegal firearm markets also depend heavily on access to ammunition.

And state-controlled ammunition, like firearms, has been lost and stolen.

Alarmingly, police minister Bheki Cele told parliament in August 2019 that the service had "lost" more than 9.5-million rounds of ammunition over the previous six financial years.

Over the same period, the SANDF lost more than 48,000 rounds. This included the loss of 32,400 rounds for R4 assault rifles that were allegedly stolen from the Lenz military base south of Joburg in April 2013.

But neither the police nor the army routinely releases its statistics on losses or thefts of ammunition.

They also contribute to political conflicts and instability. In Mozambique the availability of illegal firearms has compounded the violence of the Cabo Delgado insurgency, while in SA both legal and illegal firearms played a significant role in the deaths of 330 people during the July unrest in Gauteng and KwaZulu-Natal.

Poor physical security of states’ armouries has allowed firearms and ammunition to be stolen on a huge scale. The lack of transparency and accountability around state-held firearms has enabled this, as losses and thefts are likely to go unnoticed. The result is a culture of impunity in the very institutions tasked with safeguarding society.

This article draws on research from "How to Silence the Guns? Southern Africa’s Illegal Firearms Markets", a report by Jenni Irish-Qhobosheane for the GI-TOC. The report is available at guns.globalinitiative.net

Watch the full documentary below.

South Africa is awash with illegal firearms. The types of violent crime which are on the rise – such as cash in transit heists, armed robberies, assassinations – share one common factor: the ready availability of illegal guns which allow the perpetrators, to kill, maim and intimidate.

The arms deal ghost will haunt SA for years to come, for this was the point where politics properly muddied the criminal justice system
Features
11 months ago

Audacious armed robberies at SA’s gold smelting facilities ramped up dramatically in 2019. New developments suggest the gangs are refining their ...
Features
1 year ago
Next Article