The ease with which a ruling party functionary like Zizi Kodwa apparently receives largesse should be cause for concern. Not that you’d think so from his performance at the Zondo commission 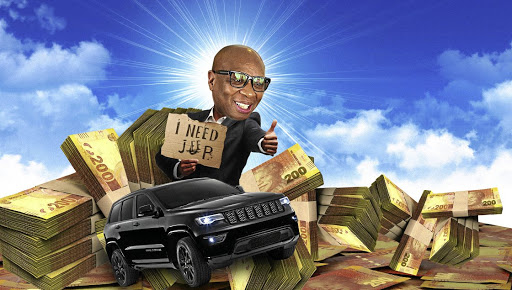 "Controversial opinion", as people on social media say hopefully, just before they utter something that is generally irretrievably banal, but I think we’re not paying enough attention to the supply side of corruption.

I don’t mean the actual businesspeople who are complicit in the merry dance of bribery and coercion — our investigative newsrooms seem to be doing a solid job there. I mean the actual goodies that are driving the desires of our politicians and public servants; the stuff that makes them stray from the path of civil service and onto the autobahn of avarice.

If you’ve been following the Zizi Kodwa stand-up routine at the Zondo commission, you’ll possibly be as bemused as I am at what appears, on the surface, to be the sheer effrontery on display in some of his answers.

The deputy minister of state security is answering questions about his relationship with former EOH executive Jehan Mackay — from whom he apparently received almost R2m.

Mackay, Kodwa tells us, was just a friend who came to his assistance when he was facing financial difficulties during his time as ANC national spokesperson.

An investigation into the payments between Mackay and Kodwa from 2015 to 2017, according to News24, unearthed some extreme accommodation amounts.

"In October 2015, Kodwa checked into 53 Ave Fresnaye in Cape Town, which [investigator Steven] Powell described as ‘one of the most sought-after properties of the Western Cape Atlantic seaboard’. Kodwa paid R150,000 for three days’ accommodation. In addition to the accommodation, he spent R11,150 on a private chef," the publication reports.

"Around the same time, Kodwa received R50,000 from Mackay when his bank balance was about R8,000, Powell said. A few weeks later, on October 15 and 16, he spent two nights at 5 Nettleton Road in Clifton. The accommodation, The Pentagon Villa, charged R50,000 a night at that stage," said Powell.

That’s some fancy livin’. The implication of all this is that Mackay was buying influence in government.

When asked by evidence leader Matthew Chaskalson if he was still happy to be friends with Mackay, even though he kept trying to involve him in tender matters, Kodwa said: "I am sure we can debate the issues about moral judgment. It is a matter in which we can always debate."

I am sure we can debate the issues about moral judgment. It is a matter in which we can always debate

Is it? You’d think the ethical implications would be very stark, if you’re the deputy minister of state security. But I do concede, everyone seems to be dipping their hands in the tills.

Another great morality tale is the ongoing revelations from News24’s mining of the "Eskom leaks". One caught my eye: the story of the company given the tender to supply furniture to the Wilge housing project, and how it apparently teamed up with Eskom officials to inflate its prices by more than 400%, reaping at least R3m in profits.

Looking through the invoice that News24 has handily scanned and made available on its site, I notice that Eskom also paid R16,400 for two table-soccer games.

In what is the most honest part of the invoice, the providing company has written: "THANKS FOR YOUR BUSINESS!!!!"

I usually deplore the casual overuse of exclamation marks, but I think in this case they’ve actually been relatively restrained.

There seems little excuse for this kind of corruption. Kodwa, however, had a rationale for his own case.

His response to Chaskalson asking him "a very specific question" about if, next time he’s on holiday in Cape Town, and Mackay offers him his house, he’ll be accepting the offer or not, was chilling.

After chuckling happily, he said: "Mr Chaskalson, I’ve got a number of friends, very good friends, very genuine, and they mean genuine when many of them, they offer hospitality. I’m certain you’ve got such friends, whether in Cape Town or anywhere else. And many of them, I don’t have to suspect, they are genuine friends, who really come from their hearts.

"Many of them, it’s because of their condition, Chairperson, how they were brought up themselves. They know what it means to help, because they themselves, to be where they are, they were helped by others. And this notion in our relations, sometimes as human beings, we mustn’t forget, because we must not create the social distance between ourselves and those that are in need, and those who are our friends.

"And I’m not suggesting we must accept anything that your friends are giving to you, for example … there are certain things you must declare, you are required to declare.

"So beyond that, you know that you can’t just accept anything, because in government there are certain things that you must declare."

It’s an interesting suggestion, that there are social and cultural reasons, stemming from a shared past, that make the ethical boundaries a little greyer than they seem to those who don’t share that history.

Of course, this argument, predicated as it is on a communal understanding of need and straitened circumstances, does lose a little force when you look at some specific examples.

Part of Mackay’s largesse to Kodwa included a R1m payment, of which Kodwa used R890,000 to buy a Jeep.

Unsurprisingly, this caused the inquiry to question Kodwa’s version that he was receiving payments from Mackay because he was having financial difficulties.

"If you were in financial difficulties in April 2015, why did you spend R890,000 on a car?" Chaskalson reportedly asked.

You’d think the ethical implications would be stark, if you’re the deputy minister of state security. But everyone seems to be dipping their hands in the tills

On the face of it, Kodwa’s rationale seems to be opportunistic. But there will be people, and not just the Duracell trolls of the radical economic transformation misinformation squad, who might feel differently.

When the BBC published a story on how truly bad Piet Rampedi and Independent Media’s Tembisa 10 journalism was (the BBC was one of many news organisations to make the mistake of assuming that there was actual journalism behind the original story), a majority of people seemed to delight in amplifying it.

Not so the SABC’s foreign editor, Sophie Mokoena. Responding to a tweet from the story’s author, the BBC’s Ros Atkins, Mokoena wrote: "Do you remember how [a] former UK prime minister misled the whole world when he said there were weapons of mass destruction in Iraq. Many people died, today Iraq is a failed state."

The usual voices condemned Mokoena’s seemingly inappropriate response, pointing out that this sort of equivalence does the SA media no favours. And yet, some people defended it, with one person pointing out that sometimes it’s about defending a historically defined group rather than the action of a member of that group.

"[For example], sometimes … we find ourselves having to defend the ANC with all its failures when a need arises to defend blackness against imperialist and white supremacist tendencies, primarily aimed at undermining blackness," that tweet read.

To be clear, I’m not suggesting there’s any real excuse for stealing money from the public purse, to the detriment of our citizens. What I am suggesting, though, is that the fightback against the wholesale corruption SA has endured is not going to be a simple matter of pointing out what appears right, and what appears manifestly wrong.

Would we be judging Kodwa differently if he’d bought a R20,000 Corolla rather than an R890,000 Jeep? That’s a question we all have to answer for ourselves.

Cyril Ramaphosa can pretend to be in charge, but until we’re vaccinating 1-million people a week, the life form running this country is a coronavirus
Opinion
5 months ago

GENEVIEVE QUINTAL: The ANC ‘leaves it to conscience’ of members – since it doesn’t have any

GENEVIEVE QUINTAL: ANC must forge ahead to the top if it really wants to clean up

Individuals have been arrested and accused by the state, but the party has yet to properly apply its own decisions on corruption
Opinion
1 year ago
Next Article

A bad week for Zizi Kodwa

A bad week for Zizi Kodwa