By suggesting that human rights shouldn’t be taken ‘too far’, the ACDP is displaying a selective morality and religious bigotry that begs to be called out 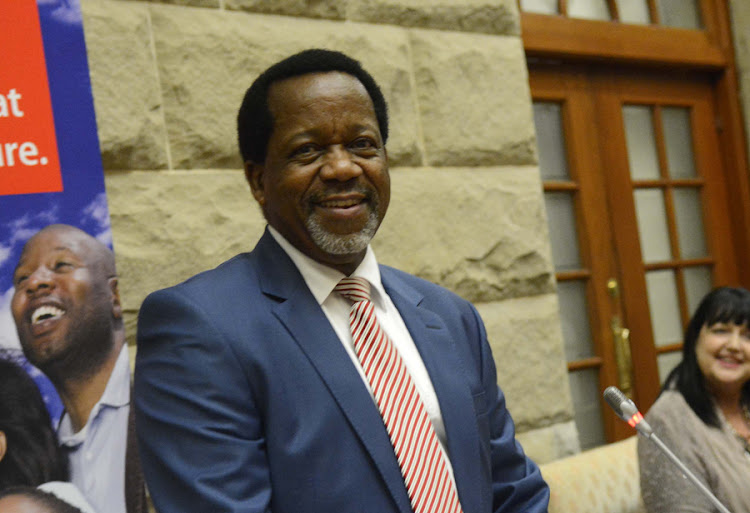 I read two astonishing things this week, both indicative of the lengths to which men will go to achieve success. The first was a statement by the Remarkably Reverend Kenneth Meshoe, leader of the anomalously named African Christian Democratic Party (ACDP). In an interview on eNCA, he said: "South Africans must not take this issue of human rights too far."

While this is yet another indication — if we needed one — that religions will always be happy to compromise on basic constitutional rights when it comes to shoring up their tattered belief systems, it’s not even the most absurd thing the ACDP has said this year.

Last month, in a breathtaking display of the blindness that faith can bring, the party showed that its understanding of the term "science" is as blithely flawed as its concept of human rights when it told us that "science confirms the Bible — always has and always will".

In defence of the Remarkably Reverend Ken (and I use the term "defence" here in the same loose way the ACDP uses the term "science" — that is, entirely incorrectly), both these crazy statements should be contextualised.

The second was sparked by the Western Cape education department’s draft policy on gender identity and sexual orientation in public schools, which prompted the ACDP to tweet that "biological sex is binary — male & female". (God didn’t create Ken and Ben dolls, he created Ken and Barbie dolls.)

The first statement, of course, came in relation to the latest green paper gazetted by the department of home affairs, which proposes the legalisation of polyandry — "the practice of women having more than one husband or male mate at one time".

Home affairs minister Aaron Motsoaledi explained the motivation for initiating the process. "This is the beginning of a crucial public discourse that will redefine the concept of marriage in SA. The envisaged marriage statute will enable South Africans and residents of all sexual orientations, religions and cultural persuasions to conclude legal marriages that will accord with the principles of equality, nondiscrimination, human dignity and unity in diversity, as encapsulated in the constitution."

In one sense, religious leaders are right to be alarmed at what they see, correctly, as an attack on their businesses and the erosion of their ability to interfere in the mechanisms of government.

The paper itself is fairly specific about the contribution of, in particular, the Christian religion to the unconstitutional condition of current marriage legislation.

"In 1994, SA inherited a marriage regime that was based on the Calvinist Christian and Western traditions, which stemmed from the era where the state and church were mutually reinforcing if not synonymous. Accordingly, there were strong references in some of the laws governing marriage that harken to the religious marriage rituals practised in Christian and Western marriages (‘white wedding’).

"In the new era of democracy, the values of equality and diversity underpin our quest for nationhood, and all religious and cultural practices are given equal recognition and status in line with section 15(1) of the constitution."

In interviews, the Remarkably Reverend Ken has seemed most upset at the logistical challenges posed by the new law, saying: "If a woman is shared by three men, as an example, and they all want her the same night, what’s going to happen?"

Even he should be able to use numbers and other science stuff to work out a solution by 2024. Go, Reverend Ken! Put the real meaning of DP back into ACDP!

In Meshoe’s "defence" (see above caveat), the ACDP is not alone in its religious discomfort. In one of those pleasing displays of interfaith solidarity you get when another bit of religion’s edifice of intolerance is chipped at, organisations such as the Al Jama-ah Party and the Muslim Judicial Council also expressed their opposition.

The second astonishing thing I read this week was about penguins. An article on The Guardian site tells the story of how the Norwegian explorer Roald Amundsen, "13 years before he became the first person ever to reach the South Pole in 1911", got stuck on a ship called the Belgica, which was grounded in pack ice in the Antarctic.

There, he and the crew were facing certain death from scurvy. He learnt that eating raw penguin meat prevented scurvy, and thereby "discovered a secret that would later give him a huge advantage over Captain Robert Falcon Scott in the race to the South Pole".

The meat apparently tasted awful. "Imagine a piece of beef, an odoriferous codfish, and a canvasback duck, roasted in a pot, with blood and cod liver oil for sauce."

But the bit I found astonishing is this: "The crew of the Belgica all finally accepted the need to eat the meat. They discovered the penguins loved music, so one crew member would play tunes on a cornet, a brass instrument similar to a trumpet, when they wanted to kill them."

As Julian Sancton, author of Madhouse at the End of the Earth, tells The Guardian: "Apparently, it was like the Pied Piper. They would just come right up and serve themselves up. And so it was very easy to trap them and kill them."

It’s a poignant thought, and conjures up a startling image of stark blacks and whites and the inevitable red. I imagine the penguins, upright and awkward, beguiled by a mysterious siren sound into waddling up and unconsciously offering themselves to be bludgeoned to death.

What does this segue have to do with polyandry, you ask. Well, penguins are a useful metaphor when it comes to discussing human attitudes to morality and sexuality. Who can forget last year’s startling story on NBC: "Gay Male Penguins Steal Lesbian Couple’s Eggs at Dutch Zoo".

The gay male African penguins, "who made international headlines last year when they stole an egg from a heterosexual couple, have now stolen the nest of a lesbian duo", the broadcaster reported.

If only we had the time to unpack that one.

About 250km up the west coast from Cape Town is the town of Lambert’s Bay, where you can find out a lot about guano mining and the plight of penguins at the bird reserve. One of the interesting things I learnt there is that early Portuguese settlers, using "science", classified penguins as fish so that they could eat them on Fridays. As Catholics they were forbidden to eat meat on a Friday, and so constructed a loophole that would allow them to adhere to the letter of God’s law while ignoring its spirit.

The current responses of religions to our government’s attempts to introduce equality into the marriage laws is a bit like the redefinition of a penguin as a fish. The ACDP, for example, would have you believe that human rights can be taken too far, when "too far" is defined as contradicting its interpretation of what constitutes morality.

In the same way that those sailors stuck on the ice used the beauty of music to lure penguins to their death, religions are using the illusion of comforting religious uniformity to convince people to ignore basic human rights. In essence, they’re telling us that their definition of what it means to be human trumps our constitution’s definition. I really hope we don’t allow them to get away with this.

Apparently, SA’s parliament had a breakfast special on penguin eggs up until 1968. Religious bigotry based on outmoded ideas of sexuality needs to be taken off the menu as well.

Much of the breathless reporting of UCT lecturer Lwazi Lushaba’s now-infamous political science lecture is based on 12 seconds of a 55-minute video. ...
Features
2 months ago

Dudu Zuma-Sambudla is Jacob Zuma’s very own Twitter hagiographer. All who join the former president for tea at Nkandla are similarly cast as heroes ...
Features
3 months ago

The recent name changes in SA have elicited a flood of whining and clichéd complaints. It’s hard not to see racism, entitlement and sheer stupidity ...
Features
3 months ago

The group We are More may masquerade as a movement of social conscience. In reality it’s a conflagration of anti-mask, xenophobic, anti-science, ...
Features
4 months ago
Next Article