It used to be that a ‘letter to the editor’ was a contribution to a debate, adding in missing details, or asking for clarification. How, in the age of social media, has it just become a rant without substance? 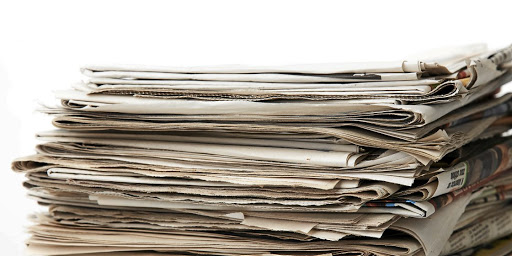 One shouldn’t use these mainstream media platforms to push one’s own brand, but I’m pretty proud of this accolade I received in response to my last column, which was a review of Helen Zille’s book #StayWoke Go Broke.

"The most repulsive journalist in SA and it’s a tough race", was a compliment I got from one David Wolpert, in response to the FM’s tweet pushing the Zille review.

I’ve had better insults, to be honest.

The one I remember most fondly — and I often reference it when I’m lamenting the poor quality of critics we get nowadays — was the guy who said: "Chris, Satan is riding you like a horse." Now that, that is a nicely turned insult.

But to be called the "most repulsive journalist in SA" is both grandiose and otiose. It doesn’t engage with the material, and it makes no point whatsoever, other than, of course, the value of unreasoned anger.

But hey, that’s social media for you, where LOLs count as liturgy and hashtags stand in for exposition. We expect a spew of words signifying nothing, and aren’t surprised when people make no effort to engage in reasoned discussion, but rant instead.

What we don’t expect, though, is an actual letter published in an actual magazine to bear all the same hallmarks. Which is why I was a little surprised to read a letter about me, headlined "Offensive and Incomprehensible", in the FM of April 29-May 5.

To set the scene, in 1988 the French philosopher Jacques Derrida published Limited Inc, the English version of a book which was basically the result of a beef between him and American philosopher John Searle.

The minutiae of that conflict aren’t relevant here, and are perhaps too arcane for the purposes of a business magazine. Broadly speaking, though, Searle was unhappy with Derrida’s contention that, because the contexts that fix meaning aren’t stable, you can never fix linguistic meaning. Searle wrote an essay decrying this, and Derrida wrote a response.

The publisher of Limited Inc, Northwestern University Press, wanted to include Searle’s essay in the collection, but Searle refused permission.

I’ve always found it amusing that, to get around this, Derrida simply quoted the entirety of Searle’s essay in his response. I will be doing the same thing with AD Wilson, Parktown’s "Offensive and Incomprehensible".

"I normally skip over anything written by Chris Roper, but couldn’t resist seeing what he had to say about the ‘academic’ Lwazi Lushaba and Hitler (Features, April 15-21). I have never read such incomprehensible gobbledegook in your magazine before. Leaving aside that this is offensive to Jews, it is just so boring and a waste of valuable time to read such rubbish. Remember that people pay money to read interesting news and comment that shows insight," he said.

He added: "If you want to retain your position as one of the last few quality news publications in SA, I advise you find a guest writer to fill this space each week." — AD Wilson, Parktown.

(There was a note at the bottom saying the FM welcomes concise letters from readers. They can be sent to fmmail@fm.co.za.)

Now, I don’t know why AD Wilson, Parktown, wrote this letter, or when. Was he sitting at his breakfast table, one of the last few consumers of print, sipping tea, flipping pages, pondering the ineffable nature of time, when he came across my column?

Did he accidentally read it and then realised that Death, that ever-circling demon, had lightly touched him on the shoulder while he’d been distracted by my limpid prose?

I can’t say — but I do take heart from Derrida’s dictum that something "possesses the characteristic of being readable even if the moment of its production is irrevocably lost and even if I do not know what its alleged author-scriptor consciously intended to say at the moment he wrote it".

And I fear I must make the same argument about AD Wilson, Parktown, as Derrida made about Searle, when he argued that not only had Searle avoided actually reading him, he didn’t even make an attempt to understand him. Maybe, he suggested, Searle wasn’t even capable of understanding.

Why would an editor choose to publish a letter such as this? There is not one single example of what the writer describes as "incomprehensible gobbledegook", "rubbish" or "offensive". We are apparently just supposed to take his word for it.

The inconsistencies are clear. The writer claims to "normally skip over anything written by Chris Roper", and yet cannot resist reading him. The writer says that causing offence to Jews can be lightly left aside, as the real offence is that he was bored. Yet how bored was he that he wrote an impassioned letter to the editor? And mirroring the aggressive, retributive nature of social media, there is the call to remove Chris Roper, and hire a guest writer.

But we’re not really that interested in the fulminations of AD Wilson, Parktown. What we are interested in is the question posed above: why would an editor publish such a letter?

One of my favourite pieces of writing about writing is the opening of Signature Event Context, which combines rigorous detail with a humorous punchline. "Is it certain that to the word communication corresponds a concept that is unique, univocal, rigorously controllable, and transmittable: in a word, communicable?" (Yes, in philosophy, this qualifies as a "joke".)

Is it possible that my understanding of what a letter to the editor constitutes is flawed, out of date? It used to be a contribution to a debate, either furthering it, or contradicting it. It made a point that the writer felt had been missed, or demanded clarification on a misunderstanding.

When did a letter become "someone expressing their feelings" without substance? Are we to blame social media, and advance the theory that print media is so unnerved by the domination of the antiphonal nature of social media discourse that it is trying to replicate it on paper? In effect, is the media that used to be known as "traditional" giving up the attempt to maintain the complex communication that has up to now characterised its relationships with its readers, and surrendering to the angry divisiveness of social media?

It could be. Or maybe it was just that the editor likes the bit about the FM being "one of the last few quality news publications in SA", and appreciates the paradox of such a compliment coming from someone who really, really hates part of the magazine but will still pay money for it.

As Derrida quips, in his light-hearted way: "Even to articulate and to propose this question, I have had to anticipate the meaning of the word communication: I have been constrained to predetermine communication as a vehicle, a means of transport or transitional medium of a meaning, and moreover of a unified meaning."

And that’s just crazy stuff, in this digital world where meaning is not just fluid, it’s practically drowning.

A response from the Editor
Dear Concerned Columnist, Cape Town,

Fair point. Do you think next time we just keep the line about "one of the last few quality publications in SA"?

You may not agree with her, but Helen Zille’s new book is incisive and aptly articulates SA’s profound despair. But she goes wrong when she goes to ...
Features
1 month ago

A free media is not something we should take for granted. Neither is the public’s guaranteed trust in the fourth estate
Features
1 month ago

Much of the breathless reporting of UCT lecturer Lwazi Lushaba’s now-infamous political science lecture is based on 12 seconds of a 55-minute video. ...
Features
2 months ago

Dudu Zuma-Sambudla is Jacob Zuma’s very own Twitter hagiographer. All who join the former president for tea at Nkandla are similarly cast as heroes ...
Features
3 months ago
Next Article

Steinhoff reports interim profit as it warns of ...

ECONOMIC WEEK AHEAD: Accelerating consumer and ...