A ‘Corruption Olympics’ would give real meaning to a contest between strongmen and strongwomen. SA is a bit off the pace on this count, though the DA may disagree 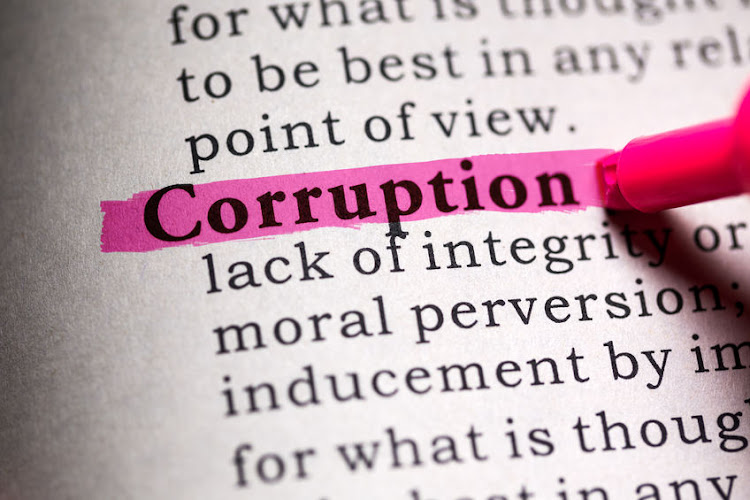 For the past few years, an Argentinian friend and I have been kicking around the idea of a Corruption Olympics. Instead of wasting time watching countries compete based on the weird measurement of who can jump over a pole, or who can dive into a pool making the smallest splash, let’s have a proper strongman/strongwoman metric.

The rationale behind competitive sport between nation states appears to be: "Look! We have people who can spend their entire lives running around after a ball, or lifting heavy weights, which means — hurrah! — we are a country of strong people and deserve money and praise. The richest, bestest countries can waste lots of money on making sure we can throw a ball through a hoop more times than lesser countries, therefore we deserve to be Number! One!"

It’s an imprecise way of asserting national dominance. If we want to use the strongman/strongwoman metric, we should be measuring government officials, not sportspeople. To truly know how strong a country is, you need to know how corrupt it is.

And corruption, like football and lawn bowls, also has its superstars. I am, of course, talking about the dictators — those Messis of murder, those Federers of fascism.

In the continental stakes, we in Africa feature pretty well when it comes to producing top-class dictators. The Planet Rulers website defines a dictator as "the ruler of a land rated ‘not free’ by [international NGO] Freedom House in its annual survey of freedom".

According to Freedom House’s 2020 list, there are 50 dictatorships in the world.

You’ll be proud to learn that we in Sub-Saharan Africa are at number one on the leaderboard, with 19 dictators, followed by the Middle East and North Africa with a credible 12, eight in Asia-Pacific, seven in Eurasia, three in the Americas, and Europe in distant last with a pitiful one.

"Dictator" is one of those words we sometimes toss around without really thinking about its etymology. The Encyclopaedia Britannica’s definition is "a form of government in which one person or a small group possesses absolute power without effective constitutional limitations".

Let’s do a random lucky dip of some dictatorial highlights from the past few months. I’m using the word dictator loosely here, to encompass those in absolute power as well as those seeking absolute power.

There are dozens more we could highlight, but another way to measure an effective dictator (more on that nomenclature later) is how long they can stay in power.

The latter, of course, has really stepped up to follow in the footsteps of the great Idi Amin, affectionately referred to by his adoring subjects as the Butcher of Uganda, in homage to his killing of about 500,000 people during his sadly truncated eight years in power. Or to remind you of his full title, because we do after all live in an EFF world of made-up military titles now: "His Excellency, President for Life, Field Marshal Al Hadji Doctor Idi Amin Dada, VC, DSO, MC, CBE, Lord of All the Beasts of the Earth and Fishes of the Seas and Conqueror of the British Empire in Africa in General and Uganda in Particular".

Tanzania’s Julius Nyerere described him as "a murderer, a liar and a savage". Was that just jealousy?

I know what you’re thinking. Where did SA go wrong? How can other countries produce strongmen, but we have milquetoast presidents who give up when their terms end or they are recalled by their party?

As patriotic South Africans, we must have questions. Just what is President Cyril Ramaphosa doing with his life?

In an evocative episode of his Straight Talk series of faux-Onion pontifications, DA permanent interim leader John "I whine for you" Steenhuisen comes out strongly in support of Ramaphosa, whom he calls a very "effective" dictator.

In a piece counterintuitively titled "Cyril’s Great Vaccine Failure — no vaccines, no plan, no information, no urgency", John (I assume the same familiarity with him that he does with the president) writes: "South Africans remain locked down and locked out, living in an effective dictatorship under a continuous state of disaster as the most travel-restricted people on the planet."

It’s nice to see the official opposition take time out from its busy social media suicide strategy to try to inject some optimism into the national discourse.

Oh, hang on. This is awkward. I’ve just been informed that what Steenhuisen actually meant was that we oppressed South Africans are living in what is effectively a dictatorship.

But then what else have I misunderstood about the Weekly Whine? For instance, are we South Africans "the most travel-restricted people on the planet"? Well, yes, we’re up there. According to Business Insider SA, "South African travellers face 120 major restrictions".

But places such as the UK and Brazil have also faced major travel restrictions due to variants of the virus that causes Covid-19. Travellers from Brazil face 117 major restrictions, and those from the UK, 115.

But what Steenhuisen fails to emphasise, in his desire to yoke Ramaphosa’s "dictatorship" to the oppression of South Africans, is that these are externally imposed restrictions. Also, in terms of travel restrictions, there are proper dictatorships such as Syria, for example, where the US state department travel advice is: "Do not travel to Syria due to Covid-19, terrorism, civil unrest, kidnapping, and armed conflict."

When will the DA learn that hyperbole is not its strong suit? So often, the soundbites it chooses come back to bite it on the backside. Take, for example, ex-DA leader Tony Leon’s startling announcement that Mmusi Maimane was "an experiment that went wrong" as party leader — a conclusion derived from a report co-authored by three white men.

Why would you give your enemies this gift? Equally, why try to paint Ramaphosa as a dictator, when you could so easily show the obvious incompetence of, for example, some of our national vaccine strategy?

Attacking Ramaphosa and his leadership is all very well, but targets should be carefully chosen

And for every shrieking DA sound-bite, there’s another, more nuanced way to look at it. Forbes magazine, for instance, sees Ramaphosa’s vaccine interventions differently. We can be proud that SA has "helped Covax [a global vaccine-access initiative] secure 2-billion doses for developing countries, and continues to champion the message that vaccines should be treated as a global public good.

"Beyond its own domestic rollout … SA has been at the forefront of the movement ensuring that equitable access to vaccines, especially for African nations and the global south, remains on the global agenda."

What Steenhuisen’s Straight Squawk does, unfortunately, is force people into defending the government from such egregious and crass assaults, when they should be joining the party in the Sisyphean task of keeping the government (very) relatively honest.

The pity of it is that, like a cheap clock, even a broken DA is right twice a day. As Britannica tells us, "during times of domestic or foreign crisis, even most constitutional governments have conferred emergency powers on the chief executive, and in some notable cases this provided the opportunity for duly elected leaders to overthrow democracy and rule dictatorially thereafter".

Of course we should be wary of the selectively moral dinosaurs in the ANC and their apparently overweening desire to take advantage of our state of emergency to impose their vile world views on our constitution.

But, seriously, the DA is starting to be to good governance what Rwanda’s Paul Kagame is to clean streets. In other words, fans of the party are increasingly forced to plaintively bring it up every time the DA does something stupid.

In the game of politics, the players are often fools. A creative solution is required to neutralise the threat they pose to society
Features
3 weeks ago

Dudu Zuma-Sambudla is Jacob Zuma’s very own Twitter hagiographer. All who join the former president for tea at Nkandla are similarly cast as heroes ...
Features
1 month ago

Facebook’s actions met with general approval when it blocked Ugandan government propaganda masquerading as news. When it limited the sharing of ...
Features
1 month ago

The group We are More may masquerade as a movement of social conscience. In reality it’s a conflagration of anti-mask, xenophobic, anti-science, ...
Features
2 months ago
Next Article