The recent name changes in SA have elicited a flood of whining and clichéd complaints. It’s hard not to see racism, entitlement and sheer stupidity in those responses 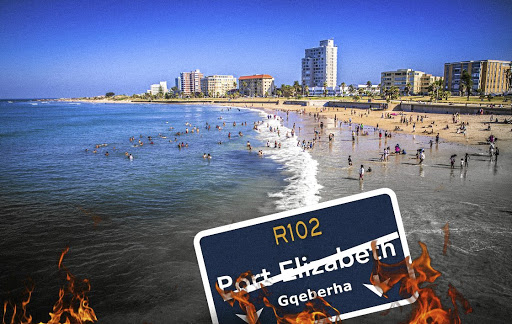 There are always two sides to a story, they’ll tell you. They’re wrong — as "they" so often are. Stories aren’t boxes. They don’t have sides, and they don’t hold a finite amount of meaning waiting to be safely unpacked. There are always infinite interpretations of a story, and exegesis can often be a random affair, based on who you are and what you need to believe. Oh, and how much time you spend on Twitter.

Japan is one of only a few industrialised countries where it’s illegal for married couples to have different surnames, and it’s been that way since 1896.

I note in parenthesis, and I’ve written about this before: in a recent Reuters Institute study on gender representation in news editorial management in 11 countries, Japan scored a perfect 0 for the number of women editors in charge. So we’d be predisposed to see the law prohibiting married couples from having different surnames as the usual patriarchal oppression. Which it is — but with some details that are either ironic, or proof that patriarchy is so strong it doesn’t need to mess around with the finer points.

Though the country’s civil code requires married couples to share a surname, it actually doesn’t stipulate that it has to be the man’s name. As an enlightened couple, you could both choose to take the woman’s surname. In practice, of course, "women take their husband’s name in 96% of cases".

And it turns out that one of the MPs calling for the status quo to remain the same is Japan’s minister for women’s empowerment and gender equality, Tamayo Marukawa.

None of us, I hope, would use these snippets as any sort of evidence to justify the retention of a patriarchal status quo. I merely note them to highlight the fact that there can be extraneous factors that complicate a simple reading of an issue — in this case, the issue of who gets to name things, and for what reasons.

King William, by the way, once made a famous pro-slavery speech, saying "the proponents of the abolition [of slavery] are either fanatics or hypocrites". Oh, how sad it is to see our history suppressed by the ANC!

But the name change that caused all the trouble was that of Port Elizabeth, now called Gqeberha.

Well, I say trouble, but it isn’t really. It’s mainly just a few people whining. It’s interesting, though, to think about what their clichéd complaining says about who they are and, by way of extrapolation, where some of us are as South Africans.

Quite why Port Elizabeth should become such a rallying cry for conservatives is a mystery. Most people just called it PE or iBhayi anyway.

And I’m pretty sure that many of the people who now self-identify as lifelong Port Elizabeth fans think the city is named after Queen Elizabeth. They’ll be surprised to hear that the Windy City is in fact named after a settler named Lizzie, who was given to near-incessant flatulence on the voyage to SA.

If Cape Town were to become //Hui!Gaeb, the explosion of outrage by our pet racists and tame QAninnies would cause the internet to crash

If you look at some of the bitter responses, it’s hard not to see racism, entitlement and sheer stupidity. One of our regular hot-take contrarians on social media, without any apparent shame, tweeted: "How the fuck am I supposed to pronounce these names", alongside a list that included Gqeberha, Kariega, Qonce and Nqanqarhu (formerly Maclear).

It’s a breathtaking example of someone who really, really believes the world should be set up for their convenience.

The fact that renaming a colonial city might be a way to heal some wounds of the past, and to give people who had identity and culture taken from them a modicum of justice and comfort, is irrelevant. What counts is that you’re interfering with the way I want the world to be set up: to accommodate me and my ego.

But as with the Japanese MPs and their wish to retain the naming conventions of their particular brand of patriarchy, there is always some nuance to go with the irony.

I imagine the people complaining about name changes feel their identity and culture are being taken from them, and that is never a nice thing, no matter how justified. And just to be clear, this is justified. But I understand: for generations, you’ve lived in and identified with a place, you have an entire history that has made you what you are, and now you have to start again.

The thing is, you’d think this experience would make you more empathetic about why we need to change colonial-era names. Not vehemently opposed, on the basis that it’ll make these places harder for tourists to find.

There are also those who believe the government should be spending money on more urgent things, such as housing or infrastructure. These are sometimes the same people complaining bitterly because the government isn’t paying for our waterpolo teams to go to the Olympic Games.

You can feel sympathy for those who fall under the purview of Mthethwa’s portfolio, though. I’m sure there are some very desperate artists, musicians and others who would love to benefit from some government largesse. Or even some more crumbs.

The EFF approves of the name changes, but has decided to double down and ask for more of them, and also for Die Stem to be removed from the national anthem. It’s also suggested that Cape Town’s name be changed to //Hui !Gaeb, as proposed by the Khoi community in 2012.

If this happens, I can pretty much guarantee that the explosion of outrage by our pet racists and tame QAninnies will cause the internet to crash.

The DA, you’ll be amazed to hear, opposes the name changes, calling them "vanity pet projects … during a pandemic that has left the economy in tatters and millions more without work and even the hope of finding employment".

"Minister Mthethwa should be ashamed," the DA rails. "He is a failing minister in charge of a rotten department."

The party was pretty happy to change its name from the New National Party to the Democratic Alliance back in the day, but I guess you only want to forget apartheid when it suits you. (OK, technically it was a merger of the Democratic Party, the NNP and the Federal Alliance.)

Again, under all the fulminating and grandstanding, the DA does have a point — it’s just not quite the point it thinks it is.

Say what you will about the governing party, bless its expensive silk socks, but it never leaves us wanting when it comes to corruption scandals, malfeasance and general incompetence. Which is not to cavalierly dismiss everything good that the government does. But, with the best will in the world, you’d be hard-pressed to accentuate the positives right now.

Spending money on trying to redress some of the semiotic wrongs of our extremely troubled history is not a standout example of bad government, though.

Once again, we have to ask ourselves who is doing the whining, and what lurks behind their sometimes spurious rationales.

The Japanese ministers opposing the law change that would let married women keep their surnames claim it’s because "allowing couples to have different surnames would harm the traditional family unit".

And I suppose the South Africans opposing our name changes could just be really nice people who genuinely worry about tourists getting lost. But it’s way more likely that they’re gleefully lapping up another opportunity to cloak privilege and racism in the guise of sociopolitical concern.