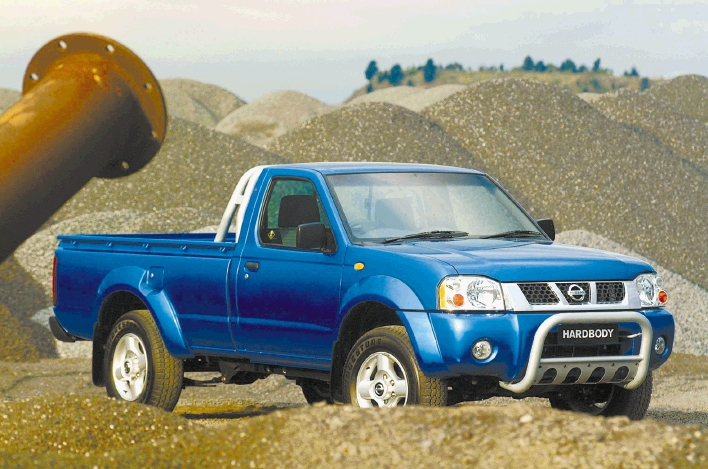 There was a sense of inevitability on Tuesday when Nissan SA announced the latest delay to the introduction of its new Navara bakkie range. It wasn’t just that this was the second launch postponement in eight months but also that it further prolonged what has arguably been the longest gestation period of a new vehicle this century.

The Navara, the result of a R3bn investment in the company’s vehicle assembly plant in Rosslyn, Tshwane, should have gone on sale late last year. In June, however, the company said production start-up problems caused by the pandemic had forced a postponement until the first quarter of 2021. Now it’s postponed again, to June. Lockdowns and international travel restrictions have disrupted timetables for quality assessments and the establishment of global components supply chains.

It’s 10 years since former MD Mike Whitfield announced a forthcoming major investment in a new bakkie range. But it was only in April 2019 that he was able to officially say what it would be.

In the intervening years, he had to hum and haw whenever he was asked – as he frequently was – when the investment would take place. It wasn’t his fault. SA’s seven major motor companies are all wholly owned subsidiaries of foreign parents, so investment and product decisions are taken overseas. Premature announcements are frowned upon.

Nissan SA’s perceived inactivity – while most of its competitors were completing major SA investments – naturally raised questions about the Japanese parent’s commitment to SA. After General Motors disinvested from the country at the end of 2017, creating fears of a domino effect, Nissan was considered odds-on to be next.

The 2019 Navara announcement ended any doubts. But if Nissan SA thought it would be plain sailing from then on, it was sadly mistaken. Covid-19 has seen to that.

Haasbroek says Navara test models have been successfully built at Rosslyn. Subject to final approval, commercial production should begin in a few weeks, to build up stock for the launch. Preliminary online marketing has begun.

Until now, Navaras have been imported into SA only in double-cab format. The SA-built model will offer a full range of single- and double-cabs, from basic business “workhorses” up to high-spec leisure vehicles.

They will go head-to-head in every market segment with established brands like Toyota Hilux, Ford Ranger and Isuzu D-Max. The Volkswagen Amarok, currently imported, will intensify the competition from next year when it is built locally by Ford.

The Navara will replace the ageing and unashamedly no-frills Nissan Hardbody bakkie, which has been built in SA, in various generations, since 1988. When the R3bn Rosslyn investment was announced in 2019, it was stated that both the plant’s existing products – the Hardbody and the smaller NP200 – would continue to be built alongside the Navara for the foreseeable future.

In an interview last October, Shinkichi Izumi, who succeeded Whitfield as MD in mid-2019 but has since returned to Japan, repeated that assertion (Whitfield, who left SA to run Nissan Egypt, is now MD of Nissan’s overall African operations, including SA. Kabelo Rabotho, who replaced Izumi, bears the title “country director”).

Both the NP200 and Hardbody are built only in SA.  The rationale for keeping the Hardbody going was that many Sub-Saharan Africa customers wanted a simple, cheap workhorse vehicle without complex new technology.

Now, Haasbroek says the Hardbody will be discontinued later this year. However, he says the NP200 will continue to be built alongside the Navara. The vehicle is the only one of its size still built in SA and has a loyal, if shrinking, captive market.  However, the current model is 13 years old and, if it is to continue, will eventually require replacement or, at least, upgrading.

Given the global Nissan group’s desire to modernise Rosslyn’s product lineup, and the U-turn on the Hardbody, the vehicle’s long-term future is unclear.

The Hardbody’s demise means Nissan SA has had to rethink Rosslyn production volumes. In 2019, the plant built about 35,000 Hardbody and NP200 vehicles. The stated expectation was that the Navara would achieve that number alone, doubling total production to 70,000.

Now, in a Covid-changed world, the plan is to build a total of 35,000 vehicles in 2021. With no Hardbody next year, the pressure on the Navara will be even greater. Haasbroek says that beyond SA and existing Sub-Saharan African markets, Nissan SA hopes to extend its export efforts into North Africa and possibly Europe, among other regions.

He says Nissan SA is up for the challenge, not just in export markets but for local customers as well. Details of the new vehicle, including pictures and specifications, have been available internationally for some time. It is built in several countries.

Technology and claimed performance are at least on a par with anything else on the market.

“We believe we are coming into the market with the world’s best bakkie,” says Haasbroek. The outgoing Navara model was voted international pick-up of the year in 2016. He can only hope the newcomer will have a similar impact.

The bad news: There are no plans for electric vehicles, or bakkies – or what South Africans believe bakkies should be
Features
4 months ago
Next Article