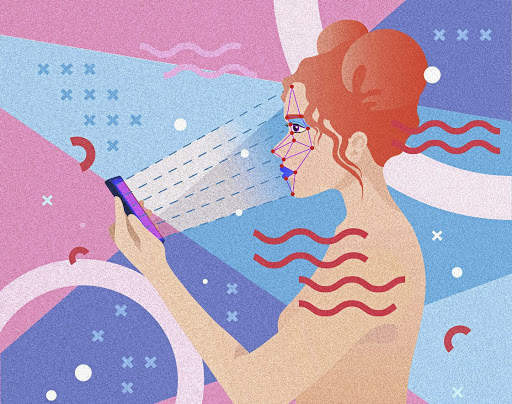 If you visit the website of the US patent & trademark office, you’ll find patent number 10,853,717 B2, filed on December 1 2020 by "inventors" Dustin I Abramson and Joseph Johnson jnr, on behalf of Microsoft. Its 21 pages of dense text can be boiled down to this: Microsoft has been granted a patent on technology that allows the company to resurrect dead people by taking their online and other information, and using it to turn them into artificial intelligence (AI) chatbots.

The patent defines a chatbot, for those of us who haven’t had the lamentable misfortune of dealing with DStv’s one on WhatsApp, as follows: "A chat robot is a conversational computer program that simulates human conversation using textual and/or auditory input channels … Chatbots are trained using data conversational dialogue samples from various users and user sessions. As such, the chatbots in these implementations represent a generic, normalised version for the personalities and attributes for the entire sampled user base."

It’s a scary thought. In the near future, you won’t have to let people die. Can’t bear the thought of living out your days without the company of your loved ones? Just turn them into simulacra.

A worse way to put that is, in the near future, you won’t be allowed to die.

Microsoft tells us that "living users could train a digital replacement in the event of their death".

You might be familiar with the old saw that, in life, nothing is certain except for death and taxes. Well, that’s now going the way of other outdated idiomatic phrases such as "the cheque is in the mail", "tune in tomorrow" or "he hung up on me". Because if Microsoft and other big tech companies have their way — and they tend to — death won’t be certain any more.

Hell, given that companies such as Amazon and Google don’t actually pay tax, it appears even that isn’t certain.

To remind you of a few trenchant examples, Amazon paid $0 in federal taxes on posted income of more than $11bn in 2018.

And CNBC reports that "Fair Tax Mark, a British organisation that certifies businesses for good tax conduct, assessed global tax payments from Facebook, Apple, Amazon, Netflix, Google and Microsoft between 2010 and 2019" and found that "the amount of tax being paid by these businesses is $100bn less than reported in their accounts".

You won’t be surprised to learn that this affects developing nations too, and that, according to aid charity ActionAid, "Google, Facebook and Microsoft should be paying more corporation tax in developing nations".

The organisation estimates that "poorer countries are missing out on up to $2.8bn in tax revenue".

AI creates who you are online. You might embrace the illusion of choice, but you’re choosing from paths set for you by robots

So, nothing is certain any more — except, perhaps, that Silicon Valley, or Seattle in the case of Microsoft, will come up with more and more ways to harvest profits from the data we’ve all irretrievably given to them.

Patent 10,853,717 B2 outlines this for us: "Social data (eg images, voice data, social media posts, electronic messages, written letters, etc) relating to the specific person may be accessed [and] used to create … the specific person’s personality."

I’ve come to terms with knowing that American platforms own all my digital data, but "written letters"? I guess, at this point, I should be grateful they still let me use my own name.

The upshot, though, is that your digital footprint, as well as whatever real-life data Microsoft can harvest, can be used to turn you into an AI chatbot. You will live forever.

And you don’t just have to settle for resurrecting a loved one. "The specific person [represented in the bot] may correspond to a past or present entity (or a version thereof), such as a friend, a relative, an acquaintance, a celebrity, a fictional character, a historical figure, a random entity etc."

I don’t want to get all QAnon about it but this does mean, given the vast trove of tweets that Donald Trump has bequeathed us, that we could very well see a Trump 2032 campaign.

I’ve always found it very disturbing when people have their dead pets stuffed so that they can keep them around the house, or take them for the occasional walk if they’ve remembered to fit them with wheels.

I suspect that’s because it’s a gesture that underlines the fact that the animal was a possession, and choosing to not let it decompose quietly, except for the munching of worms, emphasises that domination.

And taxidermy isn’t your only option, if you’re a discerning pet owner who thinks having Trixie stuffed will lessen your grief. You could have her freeze-dried, which entails halting decomposition by using extremely cold temperatures and vacuum pressure to remove all the moisture from a dead animal’s tissue. Trixie will always look the way she did the day she was taken from you.

How much more does it take away a human’s freedom and agency if you won’t let the poor sod enjoy the quiet of the grave, but instead bring him or her out every time you need some comfort, or a conversation piece during an awkward dinner party?

These are the kinds of ethical and philosophical questions that are soon destined to be irrelevant, old-fashioned and forgotten. How we laugh now, when we stumble across those ancient magazine articles about the dangers of dating people whom you met online.

No, it’s not whether we’re abusing some sort of essential humanness that should worry us. That kind of debate is probably as irrelevant as ones that used to take place about whether babies could go to heaven if they died unbaptised, or whether they were doomed to purgatory.

Soon, you won’t have to let people die. It also means you won’t be allowed to die

What should give us pause for thought is around what defines and constitutes our identity. When we’re online, be it reading content websites, engaging with social media, or performing e-commerce transactions, algorithms are dictating what we see and interact with.

As a recent report by the Partnership on AI’s Jonathan Stray puts it: "Much of the media we see online — whether from social media, news aggregators, or trending topics — is algorithmically selected and personalised …

"Content selection algorithms are at the core of our modern media infrastructure [and] they have a profound influence over what we read and watch, the companies and products we encounter, and even the job listings we see.

"These algorithms are also implicated in problems like addiction, depression, and polarisation."

In a very real sense, AI creates who you are online. You might embrace the illusion of choice, but you’re choosing from paths set for you by robots. So the person you resurrect as a chatbot will be one who was made up by Mark Zuckerberg and his team of merry billionaires. Do you really want to keep someone made up by Mark that close to your heart?

And, sure, you’ve given Apple Health access to every little bit of your physical metrics, but imagine the types of ads they could serve to you if they also know what loves made your life worth living?

I say if, but it should probably be when.

KATE THOMPSON DAVY: When Googling Google throws up a rebellion, one that is going global to boot

Sisulu defies Ramaphosa over apology for attack on ...