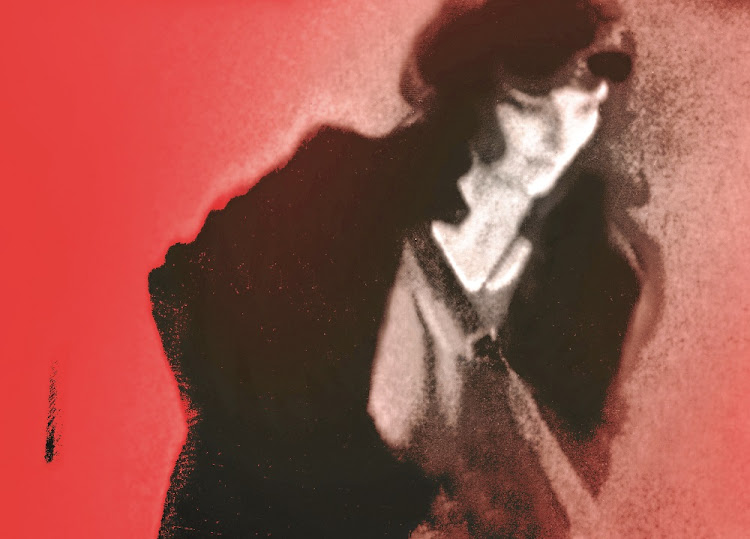 Some of the opprobrium hurled at young EFF member Jack Markovitz, who became a whipping boy for people on the right when he spoke out at the Brackenfell racism protests, triggered a memory of an exhibit I saw at the Newseum in Washington, DC a few years ago.

The Newseum was a fascinating place (it closed last December due to financial constraints) — a hugely expensive and vainglorious museum featuring exhibits that showcased the importance of news and a free press.

Some of the pieces were large and almost monumental, like the broadcast antennas from the top of the World Trade Center, eight concrete sections from the Berlin Wall, an early Bell news helicopter and, incongruously it must be said, the Unabomber’s actual shack.

But the exhibit that I was reminded of was on a smaller scale: the coat worn by Patty Hearst, along with the M1 carbine she was carrying, in the famous picture taken by a surveillance camera when she took part in the robbery of the Sunset District branch of the Hibernia Bank in San Francisco in 1974.

You might need reminding of the story of Hearst, called a "rich girl-turned-armed terrorist" in headlines, and described by the director of a documentary about her as either "America’s most famous crime victim", or "the most famous rich turncoat in American history".

Hearst, the granddaughter of publishing magnate William Randolph Hearst, was abducted at age 19 by a left-wing organisation called the Symbionese Liberation Army (SLA). Her kidnappers initially kept her blindfolded and captive, but two months later she announced on tape that she had joined the SLA and taken the nom de guerre "Tania".

She morphed from kidnap victim "into a gun-toting bank robber and bomber who evaded capture for 592 days", according to Vanity Fair. "By the time Hearst was arrested, six SLA members had been killed in a Los Angeles police department shoot-out — broadcast live on TV — and a woman had been killed during a bank robbery."

The alt-lite needs the EFF to be universally black, or it can’t rely on racist stereotypes

Part of the defence offered at Hearst’s trial was that she’d been brainwashed and was suffering from "Stockholm syndrome", a then newly coined term purporting to explain the irrational identification that captives develop with their captors.

She was found guilty and sentenced to seven years in prison.

In 1979, eight months before Hearst was eligible for a parole hearing, then president Jimmy Carter freed her, commuting her federal sentence to the 22 months already served. And in 2001, she received a full pardon from president Bill Clinton on his last day in office, thus becoming the only American, as far as Wikipedia and I know, to receive a commutation from one president and a pardon from another.

(Incidentally, some of us might be amazed and bemused at Donald Trump’s wild attempts at evoking his presidential right to pardon, according to The Guardian’s list: "Rudy Giuliani. Ivanka Trump. Joseph Maldonado-Passage, aka Joe Exotic, star of the Netflix series Tiger King. And, just possibly, Donald Trump himself." But as with most of the crazy stuff he’s done, it’s not outside of what the US system allows. He’s just more shameless about taking advantage of it.)

Compared with Hearst, the transgressions of Markovitz seem relatively minor. In the interview that catapulted him to his 15 minutes of infamy, he called for the EFF to take its protests to "Clifton and Houghton Park where the R20m houses are … We need to take it where the rich people have money, and they are still making money off that land which is all generational wealth, passed down from their parents."

Asked about the DA, he said: "I believe the DA is a white supremacist party, and I’m trying to rectify the situation here today. We need to transfer the generational wealth and land to the disenfranchised people of this country."

Markovitz is the grandson of Leon Markovitz, a former DA MEC, so his attacks on generational wealth and privilege took on a particularly irksome resonance for the DA’s shadow minister for whacking wokeness, Helen Zille.

In a treatise on the evolution of wokeness (which contains the classic line: "Before I get to the sex part, let me first provide some essential background on Woke Journalism"), Zille defines wokeness as "a way of interpreting the world, and reporting on it, that rejects everything that was once taught in journalism school".

"The upshot," she writes, "was seen this week in the actions of the Woke Jack Markovitz, who achieved his 15 minutes of fame in the ‘battle of Brackenfell’. He is a white trust-fund kid from a wealthy family who declared Mandela a sell-out and sneered at working-class whites. He is, however, absolved of his generational sins by donning a red beret.

"He does not even have to offer up his family’s extensive property portfolio to the poor to prove his sincerity. He just has to mouth the Words of Woke to be valorised."

As with a lot of the contemporary writing about Hearst, Zille and her alt-lite fanboys seem to be particularly incensed at the incongruity of someone who comes from a wealthy background choosing to side with an organisation of the dispossessed.

I received similar attacks after a recent column in which I expressed sympathy with the activists who occupied a Camps Bay Airbnb, with some alt-lite trolls going to the trouble of finding out where I live so as to threaten me that I was going to lose my home to the EFF.

In a column on Politicsweb titled "On Jack Markovitz", the DA’s Ghaleb Cachalia cautions Markovitz that he has to act, "dare I say, with a sense of proprietary".

Proprietary, of course, "refers to property: things that are owned by individuals or businesses", though it’s possible that was a Freudian slip, and Cachalia meant "propriety", defined as "conformity to what is socially acceptable in conduct or speech".

Either way, it’s clear that what the likes of Zille and Cachalia object to is that Markovitz is not behaving appropriately in terms of the group he ostensibly belongs to. He is a class traitor — a turncoat.

Markovitz’s heinous sin is not that he is the sort of political being who is happy to deploy crass, sweeping slogans, and who believes white people "yearn for apartheid, I think they use neighbourhood WhatsApp groups … and private security to uphold apartheid in their neighbourhoods".

No, his real sin is that he destroys the easy characterisation of the EFF as the preternaturally other.

As with Hearst, when you start to see that society isn’t that easily defined as "us versus them", you start to erode the simple propaganda binaries on which parties such as the DA are increasingly coming to rely.

The alt-lite needs the EFF to be universally black, or it can’t rely on racist stereotypes. The DA needs all white people to want to hold on to their privilege, or else they risk having to explain the threat, rather than usefully assume it.

That, in the end, is the real threat that "wokeness", as defined by the alt-lite, holds: that people are encouraged to interrogate the stereotypes that politicians rely on, rather than unthinkingly mouth internalised slogans.

Julius Malema is abhorrent only in abstract. In reality, he is the embodiment of SA post-democracy politics
Opinion
8 months ago

For all their polarising rhetoric on social media, the EFF and AfriForum share a dangerous populist posturing. Where is the moderate middle?
Features
9 months ago

For a party that has embraced nonracialism, the DA is now flirting with the trope of the white farmer as a particular type of victim of violence in SA
Features
8 months ago
Next Article