Victims of crime may seek to make sense of random acts of violence by mythologising criminals. Journalists should know better 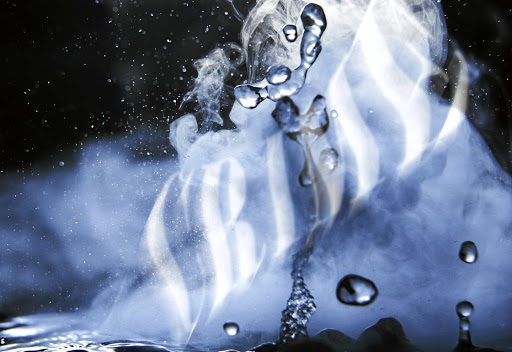 When I was growing up in the Cape Town suburb of Woodstock, in the days before gentrification, I had a cousin who had become famous for being arrested for stealing the same television twice.

Well, I say famous. He was actually the laughing stock of the criminal world — the thief as lovable buffoon.

It wasn’t literally the same TV, but it was the same brand. A Telefunken, possibly? Or am I thinking of the German word for "the despair that comes from watching the SABC implode"?

Whatever brand it was, it wasn’t even a colour TV, but a black and white portable, which came in a fetching baby blue or a burnt orange. Yes, it was that long ago.

The first time my cousin stole the TV, he broke into a shop, set off the alarm, and was caught inside the premises.

The day after he got out of jail, the same police officers who’d caught him the first time spotted him strolling up the road in the early hours of the morning, carrying the same model baby blue TV.

He’d not only stolen the same TV set; he’d stolen it from the same shop.

I was reminded of this by some criminal activity that took place in the two houses next to mine last weekend. A film crew had occupied one of the houses for a week, shooting some movie that involved large groups of people standing around talking importantly. That’s not the criminal activity — though if you ask me, parking a noisy generator outside my house for a week probably does contravene some sort of bylaw. But, hey, the film industry needs to get back on its feet. I guess.

The first crime occurred early Friday evening, when four armed men grabbed one of the crew who’d gone outside for a smoke, interrogated him about what was in the house, and then stole his phone. They then apparently tried to hold up the crew, but were disturbed and made their escape into the bushes behind the house.

At this point, allow me to break away for a short bit on the SA psyche. A friend of mine (and I’ve written about this story before) visited Australia a couple of years ago, and was quizzed on how violent SA really was by Australians who’d been fed a steady diet of expat horror stories.

She told them it wasn’t too bad, and she didn’t really experience a lot of it. And she explained that most victims of crime were poor people.

She returned home realising exactly what the fable of the boiling frog meant. You’ll know the fable, which describes putting a frog into cold water, turning on the heat, and watching it being slowly boiled alive.

The idea is that if you put a frog into boiling water, it’ll jump out. But if the water is brought to the boil slowly, it won’t realise the danger and will be boiled to death.

I don’t know why you’d be boiling a frog — none of the literature seems to address that point — but the fable is used as a metaphor for how people are unwilling to react to threats that arise gradually, rather than suddenly.

It turns out frogs don’t actually hang around to boil to death. Our beloved Wikipedia tells us that "during the 19th century, several experiments were performed to observe the reaction of frogs to slowly heated water. In 1869, while doing experiments searching for the location of the soul, German physiologist Friedrich Goltz demonstrated that a frog that has had its brain removed will remain in slowly heated water, but an intact frog attempted to escape the water when it reached 25°C."

So, basically, what the frog fable really tells us is that we’re dumber than frogs. And we have way more creative ways to ignore harsh reality. Which brings us back to my story of the two armed robberies.

The day after the first attempted armed robbery in the house next door, four men — and the assumption is it’s the same men — returned to try again.

I’ll quote from the riveting, taut prose of the neighbourhood watch WhatsApp group: "Shortly before 9pm a male resident was sitting on an outdoor stoep … [Four] suspects approached him and held him up at gunpoint. They forced him back into the residence, where the unsuspecting wife was. The couple were made to sit down on the sofa and questioned as to what valuables were inside. Various items including cellphones were taken.

"The suspects then went downstairs to an adjoining guesthouse, and smashed a window with a rock and entered the property. The suspects then robbed a female at gunpoint and stole some items."

I do like the "unsuspecting wife" bit, but of course this isn’t funny if you’re the woman sitting reading a book and a pot plant smashes through your window, closely followed by a man in a balaclava waving a gun.

But what I found interesting was that the same group would come back to the same place the next day and, unlike my idiot cousin, easily get away with it.

According to the WhatsApp group, the same guys had invaded another house in the neighbourhood recently, where the lead robber told the victim: "I’m very good at my job."

I’m telling this story to illustrate how, occasionally, humans try to make sense of the senseless by imputing a sort of mythology to criminals — not in an attempt to hide from the truth, but to struggle for ownership of the story.

When battered victims do it, it’s forgivable. But when journalists do it, it can be unethical.

You’ll remember the inexplicable decision by eNCA to cover the funeral of Rashied Staggie, leader of the Hard Livings gang. Among his many crimes was ordering the kidnapping and gang rape of a 17-year-old girl who had turned state witness against him.

Quite why eNCA thought Staggie deserved a televised funeral is debatable, and there was some deserved backlash.

More recently, news broke of the murder of former 28s and Terrible Josters gang boss Ernest "Ernie Lastig" Solomon, a man who "in 2013 … was the focus of a film, A Lucky Man, about his life, and in the following years, dabbled in music and launched a few albums", crime expert Caryn Dolley writes in the Daily Maverick.

Dolley contextualises this as part of a smokescreen by Solomon, trying to shed his image while still operating criminally.

Alas, other media coverage went the route of humanising this "complex" character with "many personas".

What the frog fable really tells us is that we’re dumber than frogs. And we have way more creative ways to ignore harsh reality

Cape Talk tried to use this formulation to set up an interview with seasoned journalist Henriette Geldenhuys, even playing one of Solomon’s rap tracks.

To Geldenhuys’s credit, she made sure to foreground that he was just a gangster, and everything else was bullshit. And that the rap music was a way of pushing his criminal agenda, and saluting the 28s.

Cape Talk had actually thought its decision through, describing it as "not eulogising, but highlighting the second economy in Cape Town".

Its choice of expert meant that the message was, ultimately, that everything about gangsters such as Staggie or Solomon that appears to soften their gangster image is a conscious way to further their criminal agendas.

I can understand the community around me trying to impose meaning on the apparently random crimes that they suffer, but I can’t understand news organisations that choose that sort of meaning to describe notorious criminals.

Like my friend the frog, and her realisation that she’s been ignoring the violence around us, I’d prefer journalists to be very clear about the evil that surrounds us.

PODCAST: Finally, an SOE chairman standing up to political bullying

Herman Mashaba’s casual disregard for the facts about migrants in SA is a dangerous appeal to populism, and carries the seeds of violence
Features
8 months ago

CHRIS ROPER: They sure ain’t angels

Make fun of fundamentalists at your peril — they’re a growing army, leaving polarisation and disinformation in their wake
Features
8 months ago

For a party that has embraced nonracialism, the DA is now flirting with the trope of the white farmer as a particular type of victim of violence in SA
Features
8 months ago
Next Article