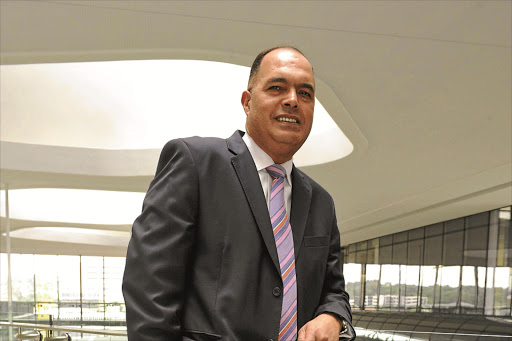 The report, written by advocate Muzi Sikhakhane, was used by then Sars commissioner Tom Moyane to justify the suspension of senior officials and effectively “capture” the tax agency to further his own ends. The report was also the basis for investigations by audit firm KPMG and the Kroon committee, headed by retired judge Frank Kroon, appointed by the National Treasury under then finance minister Nhlanhla Nene, which confirmed the existence of the unit during the height of the state capture period, between 2014 and 2018.

Sars commissioner Edward Kieswetter on Monday wrote to Sikhakhane informing him that Sars “will not place reliance on nor utilise the report for any purpose”.

“You authored the Sikhakhane report. Sars proprietary interest in the report does not give Sars the power or capacity to withdraw the report. Only you have the authority to withdraw the report. However, lacking this authority does not prevent Sars from expressing a view … regarding the standing of the report,” Kieswetter wrote. He also revealed that, with KPMG, Sars has nearly concluded a process of reparations towards staff affected by the various reports on the “rogue unit”.

Kieswetter informed Sikhakhane that he intended to make Sars’s position on his report public and was therefore communicating with him out of courtesy as he may be contacted for comment.

Kieswetter’s move forms part of the reparations process towards staff affected by the “rogue unit” narrative, which largely stemmed from articles – which have since been withdrawn – in the Sunday Times and the Sikhakhane report. The initial Sunday Times articles said that Sars ran a rogue intelligence unit, which spied on politicians and ran a brothel. Sikhakhane found “prima facie” evidence that such a unit existed and urged Sars to set up a judicial commission of inquiry to probe the matter. Instead, Moyane asked KPMG to investigate and suspended then deputy commissioner Ivan Pillay and head of strategic planning Pete Richer, beginning a purge of Sars officials linked to its high-risk investigating unit.

The Sikhakhane report is the only one in this matter that has not been retracted. KPMG withdrew its report on Sars and refunded the R23m it paid for it, and Kroon backtracked on his findings on the “rogue unit” before the commission of inquiry into tax administration and governance by Sars.

Sikhakhane could not be reached for comment on Tuesday evening.

In his new book, Anton Harber explores why SA’s biggest newspaper pursued fabricated news stories when most of its rivals did not
Life
7 months ago

Reparations have been offered to current and former Sars staff to right the wrongs of the Moyane era. But is it enough?
News & Fox
8 months ago
Next Article