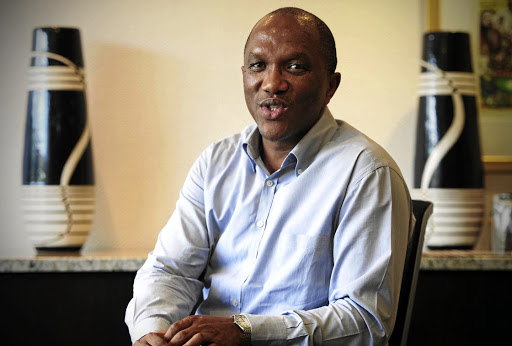 Auditor-general Kimi Makwetu, my boss and mentor for the past eight years, left us last week. His death, at the age of 54, comes at a time when the auditing and accounting profession that he lived for is experiencing reputation-denting crises worldwide, most of them self-inflicted.

Kimi’s untimely passing is tragic; he was a visionary leader, pioneering initiatives locally and internationally to restore the reputation of this noble profession.

His position, in convening such initiatives, was always that we need to sort ourselves out as a profession first; we cannot credibly report on faults in those we audit when some of us are deeply part of the malaise we seek to eliminate.

That was Kimi for you — an eternal professional who lived for, and championed, fairness, transparency and independence.

These are the qualities that the world recognised in our AG. He was internationally respected in the profession, and flew the SA flag high through his involvement in developmental platforms and initiatives. These included leading the key committee tasked with building the global capacity of the public sector auditing profession for the International Organisation of Supreme Audit Institutions (Intosai) — the body that represents national audit offices worldwide.

Under Kimi’s guidance, Intosai developed an industry guide and framework on the professionalisation and competency of auditors in supreme audit institutions.

At the time of his death, he was due to take up a position — when his seven-year term as AG ended — as a member of the independent audit advisory committee of the UN.

The world recognised Kimi’s ethical prowess because he led by example in building a formidable national audit office rooted in professionalism, transparency, credibility and accountability.

He believed in and built a team with the depth of expertise to handle all aspects of our audit work.

One of Kimi’s passions was transforming the auditing industry, especially creating chances for women and young people from previously disadvantaged groups. During his term, our office reached a stage where 50% of our executive committee are women.

As noted in our 2019/2020 annual report, he helped the organisation produce 1,195 chartered accountants through its developmental initiatives, such as the trainee auditor scheme meant to give opportunities to young people from previously disadvantaged backgrounds. Some of these talented people have gone on to make major strides in the public and private sectors, thus fulfilling Kimi’s dream of producing a pool of professionals who will make a difference in the world.

Before his untimely passing, Kimi was about to release his second real-time audit report on the government’s Covid-19 expenditure. Unlike normal audits, which take place after the fact, these special audits were Kimi’s way of ensuring that relief funds meant for the most vulnerable were dispensed appropriately.

The audit fraternity has hailed this innovation as ground-breaking, and many of our peers have started using this real-time model as a benchmark in their own countries.

As we prepare to release the second Covid-19 report — which would have been Kimi’s last as AG — his words when releasing the first report still echo in my ears: "Even in the midst of a crisis such as Covid-19, transparency and accountability for government spending to the benefit of citizens cannot take a back seat."

Equally, many are aware of the enhanced powers parliament gave to the AG office. Kimi drove this process, as he felt such amendments would improve governance.

In accepting these enhanced powers, he said: "The powers allow us to take binding remedial action if material irregularities are not appropriately addressed and, where necessary, issue a certificate of debt to recover lost money ... We accept our powers with the seriousness that they deserve and, in turn, we subject our use of these powers to full scrutiny, ensuring that we are held to the same strict level of accountability as those we audit."

As I step forward to take the baton from a mentor I have looked up to for years, these words — and the many other pieces of sage advice he shared with us — ring in my head.

I had hoped Kimi would be around to consult when I began to lead our office’s capable team. I would have greatly valued his insight and advice as we start the next lap of our journey to improve SA’s governance systems.

Zikhali, on behalf of the formidable and capable team you helped build, we undertake to honour your legacy by following in your footsteps to maintain an audit office that is unwavering in its commitment to its constitutional mandate of being fiercely independent, yet fair and transparent.

We pledge to maintain the integrity you instilled in all of us — to carry it as a torch as we navigate new and unknown territories, and work to be an organisation that is the pride of all citizens.