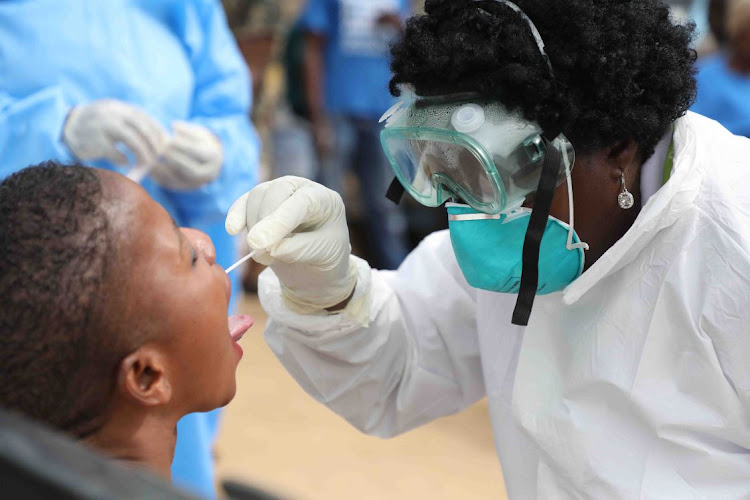 The number of new cases of Covid-19 in SA dropped almost 18% in the last week of October, according to the testing summary report of the National Institute for Communicable Diseases. The report reveals that SA recorded 9,425 new cases in that week. There was an increase in the Eastern Cape, but a decrease in Gauteng, the Western Cape and KwaZulu-Natal.

The number of cases in the country the week before was 11,474.

However, this comes as politicians warn that citizens have let their guard down and are not following regulations, including the wearing of masks, social distancing and the avoiding of large crowds.

The National Coronavirus Command Council (NCCC) is expected to meet on Tuesday to discuss this behaviour, which some have dubbed “reckless”. President Cyril Ramaphosa will address SA after the meeting.

At this point, it isn’t clear whether the NCCC will call for a stricter lockdown. But the state of disaster ends on Sunday, November 15, so if the government wants to extend it, it will have to do so in the next few days.

Ahead of this decision, the fall in the number of positive cases, except in the Eastern Cape, is welcome news.

The NICD, however, cautions that interpreting test data has limitations. For example, testing strategies can vary in different provinces between mass testing, which will detect a lower positivity rate, and targeted testing of ill people, which will give higher ratio of positive tests.

Nonetheless, the trend is clear: the number of positive Covid-19 tests has dropped since July, even if the number of tests conducted is also lower.

And yet the headlines are full of warnings of a “second wave” akin to that being experienced in Europe, where cases have risen as people spend more time indoors in the northern winter.

For now, at least, the SA the numbers tell a different story. In a recent interview on website Medical Brief, UCT professor of medicine Linda-Gail Bekker said that judging from the seven-day moving averages of new cases there appears to be “fairly low level transmission” of the virus locally.

She and her husband, emeritus professor Robin Wood, believe “it’s probably going to go on like that, with perhaps occasional outbreaks or superspreader events”.

She cautioned that her prediction was tempered by the fact that she doesn’t have “a crystal ball to know the future”.

Trouble brewing in the Eastern Cape

Bekker said on Sunday that while transmission has been “plodding along” generally, the Eastern Cape continues to see a steady rise, both in cases and in higher mortality levels.

“There may need for ongoing concern about small outbreaks as people socialise in the festive season or perhaps travel long distances together,” she says.

It isn’t made easier, she says, by “prevention fatigue” that makes people drop their guard.

Wits University professor of vaccinology Shabir Madhi is concerned about the increase in hospitalisations in the Eastern Cape. But he points out that the hospitalisation data shows infections from two to four weeks earlier, rather than in real time.

“Without a steady testing rate, it impossible to [tell whether] there is a resurgence or not, just by looking at the seven-day rolling average,” he says.

But amid this uncertainty, says Madhi, it’s critical for people to wear masks and practise social distancing.

So what about the odds of a second wave?

Bekker responds: “There is no evidence [of one] yet. Presumably fears of a second wave are based on what has happened in the North. It may depend on how much infection occurred in the first wave.”

One fact mitigating the odds of a second wave, scientists say, is that in densely populated areas a large number of people already have antibodies for Covid-19. For instance, in Cape Town’s townships up to 40% of people had antibodies for the virus.

It also helps that it’s summer in SA.

“Fresh air is my friend,” said Bekker. “We can do a lot, as long as we’re outside [or] in a well-ventilated space. It is very much to our advantage now in the South that we’re moving into the summer months. I’m very concerned about the North.”

Hopefully on Tuesday the NCCC will weigh the falling Covid-19 numbers against the imperative to keep the economy open before considering the reinstatement of any stricter restrictions on movement or business.

For a start, Ramaphosa could emphasise the need for people to be outdoors as much as possible.

Covid-19 in SA: who should get tested, and what’s available?

SA has passed the peak of the infection curve, but the danger of a resurgence remains real. At the same time new tests are becoming available. Who ...
Opinion
6 months ago

It would be tragic if we developed, made and distributed safe and effective Covid-19 vaccines and people refused to take them
Features
6 months ago
Next Article

Dating app pick-up augurs well for love after the coronavirus

Dating app pick-up augurs well for love after the coronavirus