Hitting the gas on green hydrogen

Green hydrogen is a clean alternative to its carbon-heavy, conventionally produced twin. SA needs to position itself to make the most of its comparative advantage in the production process 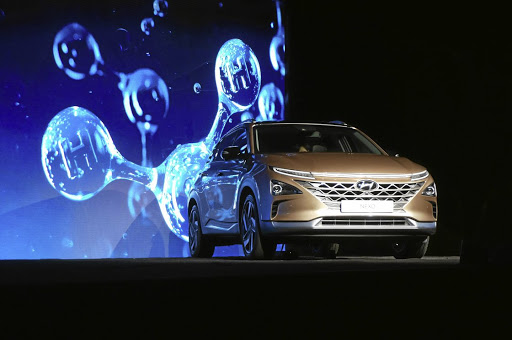 Hydrogen is the lightest element in the periodic table and the most abundant chemical substance in the universe, constituting most of the matter we encounter in our everyday lives. It’s been around since the beginning of time, yet is suddenly the latest buzzword in the energy sector — or, more specifically, green hydrogen is.

Hydrogen has been produced for decades and used in numerous industrial applications. But the process has involved fossil fuels, rendering it highly polluting: as much as 20kg of CO² must be emitted to produce 1kg of hydrogen.

Green hydrogen, by contrast, is made through electrolysis, powered by renewable energy, to split water into hydrogen and oxygen — a process that produces no CO². This means green hydrogen may well be the key to decarbonising the world at a rate renewable energy alone could never achieve.

It’s not just theoretical. Green hydrogen production facilities are springing up around the world at a rapid rate, and several governments have started positioning themselves in the market, as either producers or consumers of green hydrogen.

SA might seem to be far removed from such an energy revolution, but that’s not so: the country already has a competitive advantage in the green hydrogen sector.

In its recently released report on the subject, "Unlocking SA’s Hydrogen Potential", PwC Africa says SA is well placed to capitalise on the fast-growing global market for green hydrogen, thanks to its rich renewable energy resources.

The hot and arid Northern Cape is the province of choice for solar farms in SA. But it’s got global appeal too: a heat map shows there are few spots in the world that have as good a solar resource. In addition, it has a coastline — an important consideration for possible export opportunities. 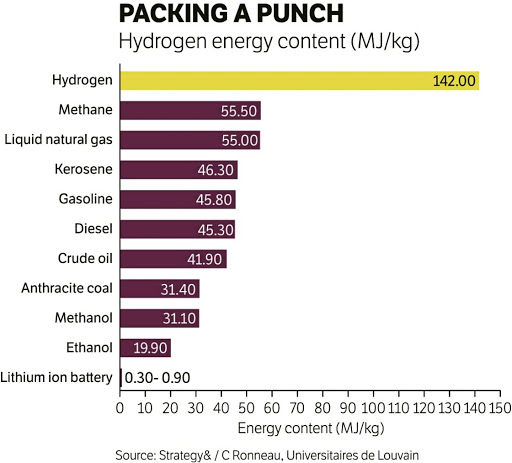 SA also has excellent offshore wind potential, which could play a part in the production process.

Production of green hydrogen in SA could certainly transform the local energy landscape. But PwC reckons the biggest opportunity is for SA to export the gas to the rest of the world.

So why the big fuss over hydrogen?

"It’s difficult to argue with the efficiencies hydrogen can bring," says Metcalfe. "That’s why it’s important."

Green hydrogen usually makes the local news because of initiatives by platinum producers to develop hydrogen fuel cells. This is a promising avenue for them, because platinum is used as a catalyst in the fuel cell.

But Metcalfe says a narrow focus on fuel cells misses the bigger picture.

He believes green hydrogen can contribute to three sectors: transport, building and heating, and industrial processes and energy.

The efficiency of a lightweight carrier such as hydrogen, and the ranges that hydrogen-powered vehicles reach, mean they "vastly outperform battery vehicles, especially in longer-distance travel or commercial transport with heavier payloads", he says.

For example, a Tesla Model 3 carries a 650kg battery pack to achieve a range of 250km. In contrast, a Hyundai Nexo, with 6kg of hydrogen, can do 600km.

There are also opportunities to produce synthetic hydrocarbons for aviation and shipping, where battery power is not feasible, given the distances travelled.

"If we can produce hydrogen from green sources, we can recapture carbon — either from the atmosphere or from different carbon-emitting processes — and create secondary-use hydrocarbons," says Metcalfe.

Though it’s not a fully green solution, as carbon is still emitted in the combustion of these fuels, there is a second use for every carbon atom emitted, and it allows these sectors to begin to decarbonise until greener solutions become available.

It’s difficult to argue with the efficiencies hydrogen can bring. That’s why it’s important

Hydrogen can also provide a solution for heating and powering buildings. When hydrogen is put back through a fuel cell to generate electricity, it produces a lot of heat. This means combined heat and power units can provide electricity, while heating homes in winter. As Metcalfe notes, this technology has already been widely adopted in Japan.

Fuel cells can also provide emergency power and back-up generation. They are already widely used in SA’s telecommunications sector, and a lot of the telecoms network in Lesotho is already running fully autonomously on hydrogen fuel cells.

Hydrogen can be blended into existing gas infrastructure, and green hydrogen pilot projects are under way in the UK and the Netherlands.

Green hydrogen’s role as an industrial feedstock is most applicable to SA, says Metcalfe, when it comes to industrial heat.

"Hydrogen combusted on its own or in tandem with oxygen can produce extremely high temperatures — enough for existing smelting or high-industrial heat processes … and [it] produces no carbon emissions," he says.

More than half of global hydrogen production is used to make ammonia, the building block for nitrate fertiliser.

If there is a transition to green hydrogen, a far wider range of industrial processes will be able to decarbonise.

In the energy sector, hydrogen offers an efficient way to move energy across borders.

"Once compressed and liquefied, or even in its normal gaseous state, it’s a very efficient carrier of energy," says Metcalfe.

"You can store it for long periods of time; it is unaffected by temperature." 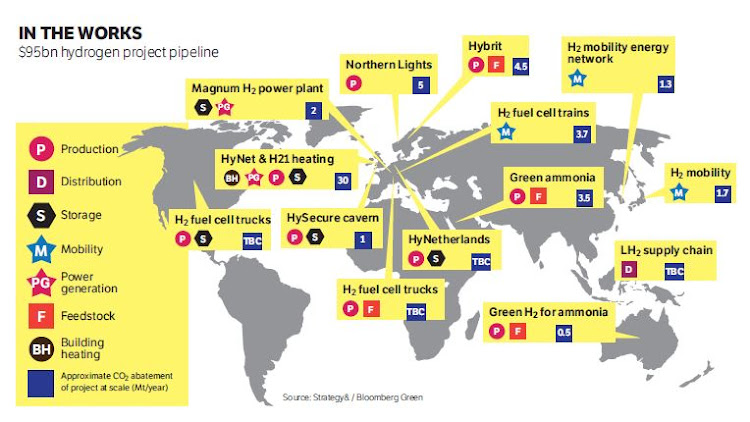 In Europe, for example, hydrogen can be stored on a large scale in salt caverns and used when required. "Hydrogen can be converted back into electricity through fuel cells, or can even be run back into existing gas turbine power-generation plants and combusted at zero emissions to produce energy [for] the grid at times when renewable energy [output] is lower," he explains.

Those familiar with the spectacular explosion and crash of the Hindenburg — a zeppelin lifted by flammable hydrogen that combusted in 1937 — might worry about the safety aspects of green hydrogen.

But Metcalfe says there have been hydrogen vehicles on the road for 12 years, with no instances of leaks or explosions. Safety protocols for hydrogen canisters are extensive, he says. For example, Hyundai boasts that its hydrogen storage tank can take a direct gunshot without breaching.

When it comes to the water used to produce green hydrogen — especially in a water-scarce country such as SA — Metcalfe notes that water carries a lot of potential energy.

Take, for example, the Neom hydrogen project in Saudi Arabia. It’s the world’s largest, expected to produce an enormous 650t of green hydrogen a day using 6Ml of water — equivalent to a small to medium-sized mining project.

It is also more efficient to locate green hydrogen production intended for export near a port, as it can be logistically challenging to move. This means seawater can be desalinated and used to produce hydrogen, Metcalfe says.

Green hydrogen now accounts for 4% of the global hydrogen market, but is growing rapidly. The declining cost of renewable energy means green hydrogen is increasingly cost-competitive with hydrogen made from fossil fuels ("grey hydrogen"). It’s expected to be on par with grey hydrogen by 2030, and considerably cheaper by 2050, according to PwC.

At the beginning of 2020, there was almost $100bn’s worth of hydrogen projects in the global pipeline. And national strategies and regulatory environments for the gas have been advancing, with more progress in the past 24 months than in the past 10 years, Metcalfe says. It is these countries which SA could supply with green hydrogen.

A first step, he says, is the government expediting the publication of a hydrogen strategy roadmap, which should offer incentives to get the market moving.

"We believe [green hydrogen] really is a game-changer and it requires bold steps. We need to move quite quickly to be a market leader and a player in this exciting space."

Coherent government policy will ensure exports of hydrogen-enabled chemicals, fuels and products to markets in Europe and Asia
Opinion
6 months ago
Next Article

Dire state of economy no reason for SA not to invest in a greener, hi-tech ...

Dire state of economy no reason for SA not to invest in a greener, hi-tech ...