SA had one of the strictest lockdowns in the world, yet when it was at its highest levels the epidemic intensified. Researchers say herd immunity was probably built up then, pointing out that the opening up of the economy did not bring about a resurgence of cases 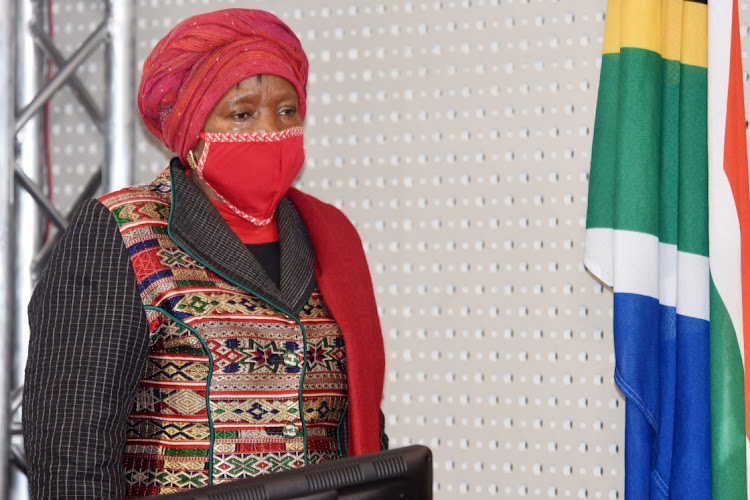 It gives the government unchecked power to make arbitrary regulations to stop the spread of Covid-19, even as the virus continues to recede sharply.

But as the government clings to this power, the question is: did the lockdown that was imposed in terms of the state of disaster even work to stop the spread of the virus?

A growing number of analyses show that while causing economic misery, the lockdown didn’t put a halt to the increase of cases of the disease.

Last week, actuary Barry Childs, who led the official Actuarial Society of SA (Assa) modelling group on Covid-19, addressed his colleagues at the 2020 Assa convention on what he’d learnt during the past few months.

For a start, he said that though one might have expected the lockdown to slow the disease, and the opening up the Western Cape economy to increase infections, the “exact opposite” took place.

“As levels were lessened, just as there was more and more pressure from society at large to get back to ‘normal’... the curve turned down,” he said.

Citing Western Cape infection data, Childs asked why the cases started dropping in that province — in epidemiology-speak, why did “the curve turn”?

“If you put a lot of reliance on lockdowns and nonpharmaceutical interventions as the reason for turning the curve ... we saw the exact opposite. We saw, as the levels of lockdown and stringencies were being lightened, the curve was flattening.”

Even though SA had one of the most stringent lockdowns in the world, it was precisely during level 4 and 5 that the epidemic grew at the fastest pace, he says.

In a new article in Conversation, University of Johannesburg academics working at the Institute for the Future of Knowledge also say they found no evidence that the strict lockdown had worked.

They are far more critical than Childs. “As lockdown restrictions were relaxed and SA entered levels 4 and 3, when … restrictions on movement were substantially reduced, there was no increase in the rate of infection.”

They conclude: “If lockdown regulations were having the intended effect, one would expect the rate of infection to spike as restrictions were relaxed. This did not happen.”

‘Second wave’ fear may be overblown

The question is, why?

To answer this, the Assa team used the Western Cape mortality data and the actuarial model it had developed to test two theories.

One hypothesis is that the lockdown itself worked and that “somehow the progression of disease was being slowed down by the [nonpharmaceutical interventions, including social distancing, masks, and decreased contact] themselves.”

But Childs says this seems unlikely, since cases dropped as the economy opened up.

“We’ll never know exactly, because we did not have a ‘no lockdown’ alternative to examine alongside [the lockdown]. But the fact that despite very stringent lockdowns the disease spread so quickly means they were not effective at curbing the spread.”

The other theory for why the pandemic subsided when it did is that so many people were infected that a level of herd immunity was reached, which caused the spread of the virus to slow.

Childs says there was a wide spread of the virus which, alongside relatively high levels of community penetration and a higher proportion of asymptomatic cases, “does mean there was some level of herd immunity”. It happened at a lower level than was initially expected in early models, he said.

Childs’s conclusion fits with that of the National Institute for Communicable Diseases, stated in its fifth special public health surveillance bulletin last month. The institute said the spread slowed down in the Cape because enough people had been infected. High levels of community infection “contributed to the observed decline in the epidemic curve in the Cape Town metro when lockdown was easing,” it states.

This conclusion was based on a study by UCT virologist Marvin Hsiao which found that in July and August between 38% to 42% of men and women in Cape townships had antibodies to Covid-19.

Nonetheless, Childs says that knowing only what he and the government did in March, he’d still support the first three-week lockdown — though the extension to five weeks came as a “surprise” to many modelling groups.

The University of Johannesburg academics say: “Even though we didn’t agree with it, putting SA into a hard lockdown was understandable as a precautionary measure in a state of ignorance.”

Importantly, however, they say: “the silver lining is that, if our analysis is correct, there is currently little reason to fear a severe second wave in SA or in the region generally. The lockdown was … ineffective, therefore exposure has probably been widespread, and dramatic resurgence is not likely.”

Childs argues that, for the same reasons, if there is a second wave, deaths will be minimal. This is based partly on the observation that countries with a more extensive spread and high fatality rate in the first wave, like Italy and Spain, have had fewer deaths in their second wave.

And as the government extends the state of disaster, which gives it extraordinary power, many are counting the costs of the lockdown.

In a detailed piece in the Journal of Democracy, UCT husband-and-wife team of Nicoli Nattrass, who is professor of economics, and Jeremy Seekings, professor of political studies and sociology, argue that the consequences of such an authoritarian lockdown will be felt for some time to come.

“With hindsight, the decision to impose a comprehensive and countrywide lockdown so early may have been a mistake, militarising the Covid-19 response and turning it into a law-and-order issue,” they say.

The decision itself, they say, appears to have been driven by a “combination of deference to medical scientists, the technocratic inclinations of the president, and the authoritarian bent of other ANC leaders.”

And they warn: “The consequences of a weakened economy and a more militarised state are likely to cast a long shadow over SA for years to come.”

In his presentation, Childs said there is no way to know how many lives were saved by the lockdown.

“Reflecting on Covid-19, have we done the right thing? Did we overreact? Did we spend too much money to save these lives? In reality, we don’t know, because we don’t know definitively how many lives were saved.”

To make the point, he used a crude calculation and assumed the 40,000 deaths initially predicted by the actuarial model had actually been saved. Dividing this by the expected R300bn loss in tax revenue after the lockdown means these were “the most expensive lives we’ve ever saved”. He added: “It is an actuarial way to look at things, but I’m in an actuarial audience.

“As morbid as it sounds, it does represent, I think, a failure in integrated decision-making in terms of understanding that nothing is for free when you make these kinds of decisions,” he said.

It is partly because of the devastating economic consequences that the UJ academics warn that even if there is a resurgence “the government mustn’t be tempted to start implementing similar [lockdown] strategies”.

State extends state of disaster for another month

The sheer scale of the coronavirus crisis put the cabinet squarely in the spotlight. Some ministers stepped up and shone; others failed dismally ...
Features
1 year ago
Next Article