The fashion show must go on

‘Soweto Fashion Week [SFW] has been a really good platform for [designers] to grow, particularly in the early years," says local fashion designer Funeka Sukazi. She’s been showcasing her label, Deja Vu Designs, at the annual event for the past eight years.

"We had great travelling experiences, and learnt a bit more from other experienced designers overseas in Europe and the US," Sukazi says. "We got the opportunity when we were a younger brand to dress some A-list celebrities through SFW, which helped market our brand."

But the future of the event — a staple on the fashion calendar since 2011 — is in the balance, as Covid-19 puts a stop to large events, and investors and advertisers hesitate to commit funds in an uncertain economy.

Still, SFW founder Stephen Manzini is crunching the numbers and hoping to get funders’ buy-in for an online event to showcase local talent.

He’s not the only one. With governments around the world enforcing social distancing regulations, physical showcases are either prohibited, or their audiences are restricted. But the fashion industry is taking the challenge in its stride and turning to virtual shows.

In June, London Fashion Week had its first virtual showing, showcasing the work of 127 designers in an interactive video.

Closer to home, SA Fashion Week is also taking steps to hold a virtual show, open to the public, some time next month. Its organisers already have a digital trade show for designers and buyers.

"The advantage of going virtual is that the audience reach is more immediate and much wider, thus offering greater exposure to sponsors," says event director Lucilla Booyzen. "[But] thinking virtual is a huge challenge that requires a whole new mindset with regards to conveying the integrity of the collection while maintaining the viewers’ attention and interest." 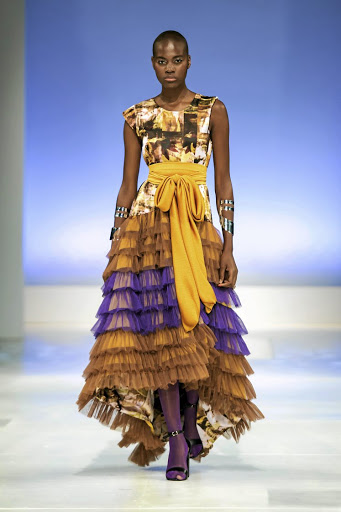 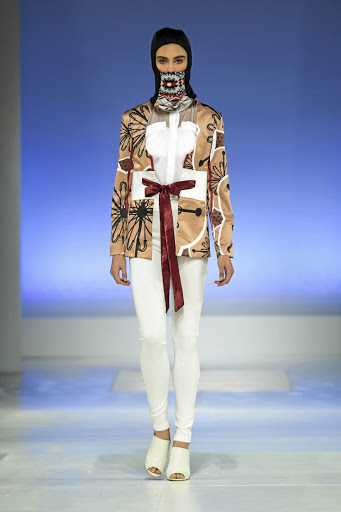 Part of that challenge is figuring out how to replicate the live experience in two-dimensional video format. "Showing the collections is not only about the hype and excitement around the live event, but mainly about the three-dimensional experience of viewing a model carrying a garment with its accessories, in live motion," says Booyzen. "It is a visual, tactile experience where fabric finish, texture, colour, detail and cut combine as a whole."

For Manzini, it’s a challenge that comes on top of a difficult few years. He says SFW was already struggling prior to the pandemic, making annual revenue of R1.3m-R1.5m against an operating cost of R2m. On the whole, sponsors and volunteers helped it to pull through. Even the government stepped in with a R1m sponsorship in 2013 — but that lifeline soon dried up.

"We managed the shortfall by renegotiating some of our sponsorship deals, asking some sponsors to provide in labour or product what we were short of, or aligning ourselves to their other campaigns in order to make up for the shortfall," says Manzini.

It was, he admits, "very difficult trying to align east and west at times". Luckily, helping hands were plentiful. "Volunteers are nearly 35% of our workforce," he says. "They’ve [worked] for experience and exposure because of what the brand can do for their careers … Most people trust our brand."

In addition to volunteers, SFW employs about 121 staff each year — the vast majority of them temporary workers. This year, however, with the event — usually scheduled for May or June — on indefinite hold, all have lost out on their income. Hence Manzini’s decision to explore a digital offering.

"We would like to pay our workforce as soon as we have enough sponsorship," he says. And in the longer term, he’d like to see the temporary workers employed permanently.

A digital event would still require a significant investment, estimated at R500,000-R600,000. "We would probably have to outsource in the beginning, until our in-house staff is able to traverse into the new era," Manzini says. "We have spoken to a few prominent production houses and the task is doable."

The problem is persuading others to trust his vision. "Some corporates that we have approached are sceptical about the digital move largely because it’s uncharted waters … People don’t like throwing money at something they’re not familiar with."

Still, Manzini believes the pandemic has forced the industry to "think outside the box", and he believes the digital format has its own benefits. "The good thing about the digital age is that it reaches many more people than the ordinary show. I think [sponsors] also need to understand that times have changed, and that the old ways are done."

Should Manzini fail to get buy-in, he believes the impact will be far greater than the loss of three or four days of access to new clients, opportunities and collaborations. "The industry is generally shut to all but a few elites," he says. "SFW has tried its best to break those glass ceilings and allow room for new creatives."

Mercia Ramagaga is one designer who has benefited from having her eponymous label showcased at SFW. She says the exposure led to her supplying one of SA’s leading retail stores. She has since taken her work to international platforms, such as Torino Fashion Week in Italy, and London Fashion Week.

Despite her success, she’s also struggled as a result of Covid-19.

"We didn’t see it [the pandemic] coming," says Ramagaga.

"We normally make money out of functions such as weddings and matric dances, but with nothing happening at the moment, we’re losing a lot of money." 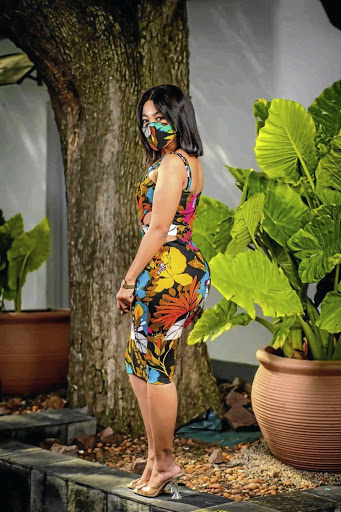 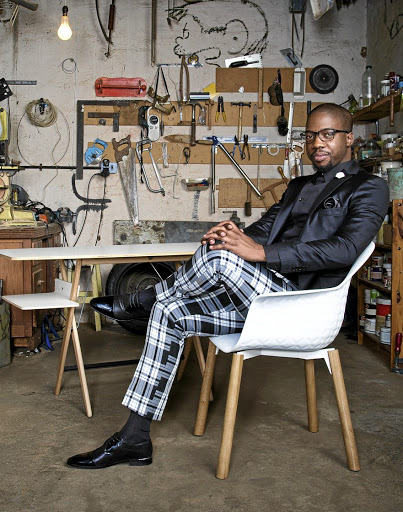 To stay afloat, she and her nine employees are making personal protective equipment such as masks for frontline health workers and the public.

The toll it’s taking is not just economic, she says. "It can be frustrating doing and producing the same thing repeatedly. It blocks your creativity, but we are grateful because we are putting bread on the table. We are holding on tight."

Ramagaga is cautious about expecting too much from investors when it comes to the move to virtual shows. "People are not early adopters, they prefer for someone else to take the risk first," she says.

Sukazi, however, expresses quiet optimism. "Where money is involved, it’s difficult to convince [people about] a new concept. But we hope they will trust that, given our track record, we can still deliver on new ideas," she says. "We are hopeful for this virtual show."

For Manzini, there’s simply no time to lose. "I believe the fashion industry is ready and this is a fantastic opportunity for people to tap into. China and London have done it; I don’t think we should be the last ones to respond," he says.

"We have the skills and the world waits for us to be proactive. We have seen the music industry in SA evolve, particularly hip-hop, building into the YouTube era. I see no reason why we cannot follow suit."

Labels have made films to showcase their clothes instead of staging sometimes extravagant, real-world shows
World
2 months ago
Next Article

CAROL PATON: Spending on SAA take-off yet another ...