Researchers say it is a setback for SA’s education trajectory and threatens to leave 974,000 children under the age of six without supervision as single moms head to work 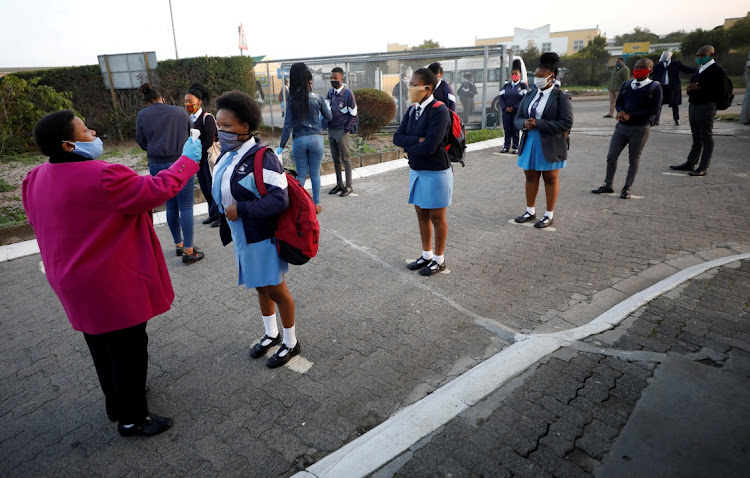 As President Cyril Ramaphosa announced a four-week closure of public schools on Thursday night, the demands of the trade unions appeared to have triumphed over the best interests of SA’s children.

It was an uneven decision, as matrics will only have a one week break from school, while the closures curiously referred only to public schools, not private schools. But Ramaphosa’s decision came after five teacher unions lobbied basic education minister Angie Motshekga to close schools.

Ramaphosa said the government had met with more than 60 organisations, and while it was “difficult to find consensus on the best approach”, the World Health Organisation said it would be safest to reopen schools when community transmissions were low.

With infections now peaking, and SA’s 408,052 cases ranking it fifth in the world behind the US, Brazil, India and Russia, Ramaphosa said this was the time to behave cautiously.

Experts warn, however, that it is a setback for SA’s education trajectory and threatens to leave 974,000 children under the age of six without supervision as single moms head to work.

This is the view of Stellenbosch University economist Nic Spaull, who worked out that almost a million children under the age of six have a single parent who works.

Spaull’s view was echoed by the SA Human Rights Commission, which described the closures as “regrettable and unjustifiable” and said that by August 24, SA’s children will have lost over 50% of the school year.

“Children are at high risk of being left home alone when their caregivers go to work. The president’s announcement is unhelpful in this important matter,” it said.

While the ANC lauded the decision, DA leader John Steenhuisen said Ramaphosa had “bent the knee to all-powerful teachers’ unions, in particular the SA Democratic Teachers Union (Sadtu), who do not have the best interests of learners at heart”.

The danger is that the ramifications of this decision could linger for years.

A new academic paper by one of Spaull’s colleagues estimates that the long-term effects of school closures may be seen in weakening matric results until 2031, if catch-up plans are not properly implemented.

Martin Gustafsson, an associate professor at Stellenbosch University’s economics department, says it’s hard for many to grasp how fast SA’s education outcomes have improved since 2002. But, he says, there has been a measurable improvement in reading and maths skills in schools, as indicated by international literacy and numeracy tests.

The Covid-19 school closures could reverse these gains.

In a 35-page paper, Gustafsson and Carol Nuga Deliwe, a chief director in the basic education department, try to quantify the long-term effects of closing schools.

“The evidence suggests strongly that learning losses, at least as measured soon after the disruption, will be greater than [the] actual days lost, in large part because disruptions result in learners forgetting some of what was previously learnt,” they say.

Nuga Deliwe and Gustafsson’s model concludes that if there are catch-up plans and a longer school year, then SA could get back to where it was in its matric results trajectory by 2023. Any failure to implement these catch-up steps, however, could be “felt for a whole decade”.

While it’s unclear what exactly drove the reading and maths improvement over the past 18 years, Nuga Deliwe and Gustafsson say the factors include more books and education materials at schools, more children attending preschool, younger teachers and a better curriculum.

The economic devastation wreaked by the Covid-19 lockdown threatens two of these elements particularly: the budget for learning materials, and parents’ ability to pay for preschool.

This closure of schools, the second since March, comes despite scientific evidence that Covid-19 in children is milder, that children hardly ever show symptoms and that healthy children aren’t usually in any danger of dying.

In May, the SA Paediatric Association explained that children are weak transmitters of the virus and unlikely to pass it onto adults often. It said that models predicted that school closures alone would prevent only 2%-4% of Covid-19 deaths — much less than other social distancing interventions. This means it has limited value in preventing fatalities.

Though schools will be shut, Ramaphosa did say that the school feeding scheme, which delivers food to 9-million children per day, will continue.

Not that the government had a choice: last Friday, judge Sulet Potterill ruled in the high court in Pretoria that Motshekga’s department acted unconstitutionally when it halted meals during the lockdown.

Potterill had stern words for the government: “Children are categorically vulnerable; poor, hungry children are exceptionally vulnerable. The degree of the violation of the constitutional rights is thus egregious.”

On Thursday, Equal Education general secretary Noncedo Madubedube told the FM that her organisation and Section 27 will monitor the situation to ensure the department feeds children, even when schools are closed. “Children at least need to eat,” she said.

Gustafsson and Nuga Deliwe’s paper elaborates on how a strong education section means the difference between consistent economic growth and a country falling behind its peers.

“Where certain countries and world regions had lagged behind, this was largely because they had failed to bring about the effective teaching of basic reading and mathematics in schools,” they conclude.​

Nationwide school closures will be devastating, especially for children and women. By refusing to work, teachers are risking the lives of children ...
Opinion
8 months ago
Next Article