Before Covid-19 arrived in SA, women were already in a more precarious socioeconomic position than men. The short-term effects of the crisis and hard lockdown have worsened existing inequalities 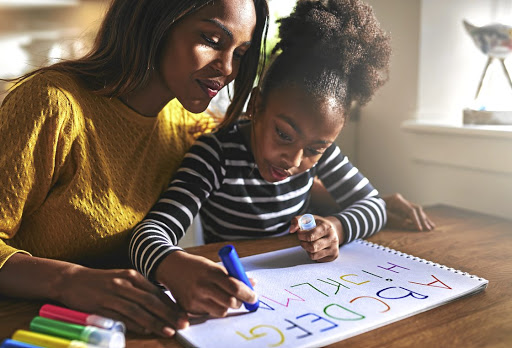 Crises and economic upheavals tend to affect people differently. In previous recessions men often suffered relatively more from job losses than women. During the Great Recession of 2008, the term "mancession" was coined to reflect the large numbers of jobs lost in construction and manufacturing. The evidence collected so far suggests the Covid-19 crisis may be different.

Back in May, commentators were already asking if Covid-19 would result in a "she-cession". Sectors that employ large numbers of women — including retail, hospitality, tourism and personal care — were being hit hard by the crisis and lockdown.

Early data supports this prediction. In the US, where women make up less than half the workforce, they accounted for 55% of the jobs lost in April. In the UK, mothers were found to be much more likely than fathers to have lost their jobs, quit or been furloughed in the early lockdown period.

In February, before Covid hit SA, women made up less than half (47%) of those in the sample who were employed. However, they accounted for a staggering two-thirds (66%) of the almost 3-million net job losses reported between February and April. Even among those who were employed in February and still held a job in April, almost half reported working fewer or no hours in April (against 42% of men).

Low-income earners suffered the most: in February, 38% of employed women fell into the lowest third of the earnings distribution (earning less than R1,650 a month). By April, almost half of them were without a job, or even a job to return to.

The dramatic increase in the provision of child care within the home has compounded this crisis in the labour market. Prior to the crisis, women were much more likely than men to be the primary caregivers to children. This is partly because, in SA, children are far more likely to live with their mothers (and grandmothers) than with their fathers. But even when men and women live together with children, women take on more child-care responsibilities than men.

So it’s not surprising, with the closure of schools and early childhood development centres, that women shouldered a larger share of the additional child care provided in the home during April.

If there is any silver lining to this situation, it’s that Covid-19 has shone a light on how much unpaid care work takes place in the home; how difficult it is to combine a paid job with home care work; and how important this work is to sustain employment in the paid economy.

Whether the crisis has a transformative role over the longer term, through changing behaviour and norms, remains to be seen. But even if patterns of child care revert to pre-crisis levels, at the very least it may change how families value unpaid care work relative to paid work.

For now, though, women are bearing the brunt of the crisis and the implications are likely to be dire.

Women were already in a more precarious socioeconomic position than men before Covid-19. The loss of work and the increased burden of care (which makes it hard to find new work) will place additional pressure on their economic wellbeing, as well as their physical and mental health.

And because children in SA are generally cared for physically (and often financially) by women, any drop in women’s wellbeing will have knock-on effects for children.

The data collected in the first wave of the Nids-Cram survey is already pointing to this. A higher share of women than men — 49% against less than 45% — reported that their household had run out of money for food in April, and 17% reported a child had gone hungry because there was not enough food in the previous seven days.

The Nids-Cram survey suggests Covid-19 has had a much greater impact on employment than expected: an estimated 3-million jobs lost, and 1.5-million ...
Features
10 months ago

Are social grants targeting the most vulnerable during SA’s lockdown? Evidence from the Nids-Cram data suggests that’s true – and policymakers should ...
Features
10 months ago

Research suggests that the hard lockdown, together with an initial lack of government relief measures, pushed about 1-million of the workers who lost ...
Features
10 months ago
Next Article