Funding the future: the appeal of infrastructure investment 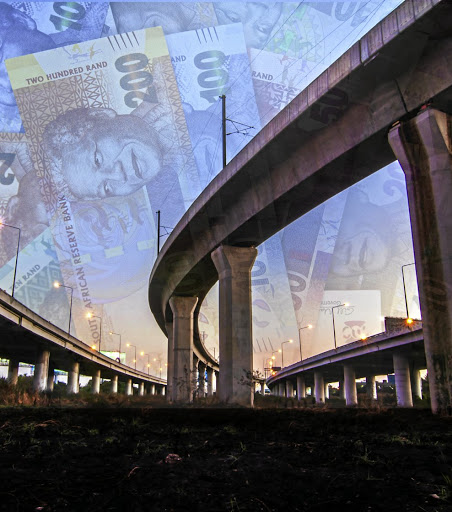 There is increasing pressure on pension funds to invest in the real economy, whether through infrastructure, which can make investment sense, or into state-owned enterprises, which will hardly ever do so.

Erich Potgieter, head of retirement funds at consultants Willis Towers Watson, says this concept is nothing new: there are already vehicles in place to invest in infrastructure. Futuregrowth, for example, started the first such fund a quarter of a century ago, and Old Mutual began its socially responsible Ideas Fund at about the same time.

"The drawback has been liquidity," says Potgieter. "It is not like a typical investment mandate, where the money can be withdrawn within 24 hours. There is a negotiation, and at best the investor can hope to get money back over the course of a year."

And while pension funds can invest directly in single projects, Potgieter says this is practical only for mega investors such as the Public Investment Corp and the Eskom Pension & Provident Fund.

For Paul Boynton, head of Old Mutual Alternative Investments, it’s about having a dual mandate: unlocking the premium from unlisted assets, which can be up to 4% a year over a decade; and helping the economy and society. Better roads, after all, mean better profits for the beer and transport companies the group owns. 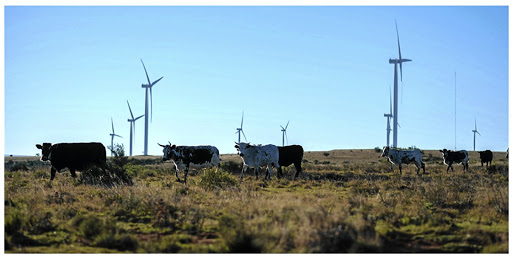 Looking ahead: Futuregrowth is investing in projects with high social impact, such as the Cookhouse Wind Farm.

Old Mutual is by far the largest player in the sector, having bought out Macquarie to become the full owner of African Infrastructure Investment Managers. It owns a range of impact funds focused on schools, retirement accommodation and businesses that promote the financial sector charter, including SA Taxi Finance and Real People home finance. Its main competitor, Futuregrowth, is also in the Old Mutual Group, but is managed independently.

Independent economist Thabi Leoka says regulation 28 of the Pension Funds Act, which governs how much exposure funds have to different asset classes, needs to be amended. There is a 15% limit on alternative investments, but for now that’s defined as either hedge funds or private equity.

"Institutional investors invest indirectly through bonds issued by bodies such as the Development Bank of Southern Africa, Eskom and the municipalities," Leoka says. "But the lack of appropriate capital market instruments that invest directly in infrastructure is limiting investments."

The R15.2bn Futuregrowth Infrastructure & Development Bond fund has produced a return of 11.5% a year since inception — a 1.7% pick-up on the all bond index. It is diversified both geographically — it operates in all nine provinces — and sectorally, investing in hard infrastructure such as telecoms, energy, roads and water, as well as in developmental areas such as affordable housing, township and rural shopping centres, agriculture and financial inclusion. There is some dilution: to be liquid and honour withdrawals, it holds about a third of assets in government bonds and cash.

He says almost a quarter of the fund is invested in projects with high social impact, which will have a long-term effect on people’s livelihoods. An example is Vumatel, which offers affordable prepaid fibre connections to low-income homes. It has a footprint of 650,000 homes, with the potential to reach a further 700,000. 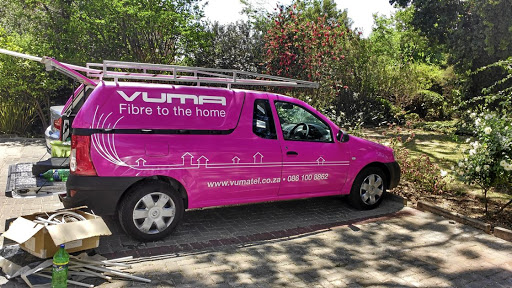 Looking ahead: Futuregrowth is investing in projects with high social impact, such as Vumatel.

The project also has a socioeconomic development budget that has provided education to 2,200 children and ensured health care for 2,200 patients.

Futuregrowth also offers a specialist renewable energy portfolio for funds that opt for specialisation. Its Power Debt fund now has R8bn under management.

Canter says the rollout of renewable energy programmes proves that these projects can get off the ground without the kickbacks that often accompany government-sponsored programmes.

For Wits University economist Kenneth Creamer, the model used to grow investment in renewable energy should be extended and used in other sectors. "Through such a process the government is able to achieve public goals at the lowest cost, such as expanded and modernised telecoms and energy systems, while shifting the risk to private sector balance sheets."

However, he cautions that public-private infrastructure expansion programmes should be planned and sustained over a number of years and not be subject to stops and starts due to political influence or vested interests.

If such plans are implemented continuously over a number of years, policy objectives can be aligned to ensure localisation of manufacturing, technology transfer, BEE ownership and employment creation.

Leoka believes Kgosientso Ramokgopa, as head of the infrastructure office in the presidency, has done a good job of reviewing government projects and identifying redundant ones as part of the Sustainable Investment Development Symposium initiative.

"There have been many projects that failed to take off, and some outright failures, such as the e-toll system in Gauteng," says Leoka.

However, she says Ramokgopa has been engaging with banks and pension funds, which should help them build the confidence to invest.

It is reassuring, says Alexander Forbes head of investment consulting Janina Slawski, that the government is opting for a voluntary approach rather than forcing funds to invest in prescribed assets.

Forbes itself has gathered R5bn into its private markets funds, which reduces some risk by offering investors unlisted property, bonds and private equity bundled with infrastructure investments.

More infrastructure vehicles are being set up. Liberty Group used to invest in the sector entirely through its own balance sheet. In late April it launched the Stanlib Khanyisa Impact Investment Fund to third-party institutions. It aims to increase socioeconomic spend through investment in infrastructure, inclusive financial services and agriculture.

Stanlib head of investments Mark Lovett says the fund will invest in transformational infrastructure that will build economic capacity and projects that reduce income inequality, improve food security and provide wide access to renewable energy. It will be a dedicated debt fund, which should provide a higher yield than a bond or income unit trust.

Sanlam has taken a different approach through its Climate Fund Managers venture. This is a global fund that operates on a blended finance model, in partnership with development finance institutions. It provides finance to projects at three stages through their lives through a development fund, a construction equity fund and a refinancing fund. Private investors are given preferential access to returns in the construction equity fund, as development finance companies are willing to take a lower return (for now) to encourage private sector capital.

The first of Sanlam’s climate funds is focused on renewable energy, with 40% in Africa. The second will focus on water, sanitation and ocean infrastructure.

Sanlam head of alternatives Todd Micklethwaite says a range of alternative funds is being rolled out to meet client needs based on themes such as economic growth and job creation, health and wellbeing, and environmental sustainability and green innovation.

Momentum Investments head of alternatives Motlatsi Mutlanyane says his unit aims to enhance risk-adjusted returns by making use of the illiquidity premium (investors are compensated for the poor tradability of their investments), lower volatility (prices do not change on a daily basis), and low correlation with listed assets.

Its Africa Wealth Creator has been its flagship social responsibility fund, aimed at achieving an ambitious return of inflation plus 7% while helping growth and development.

But this is being wound down. In future, its main contributor will be the Real Assets fund, which invests in property, operating social and economic infrastructure assets, and commodity-linked investments, primarily in SA but with a mandate to invest across Sub-Saharan Africa.

Ninety One SA deputy MD Nazmeera Moola says it is beneficial to have a life balance sheet behind a fund manager in order to invest in unlisted assets, but Ninety One (then called Investec Asset Management) was awarded the contract to manage the $900m Emerging Africa Infrastructure Fund in 2016 on behalf of a range of European governments and development finance institutions. The fund has been responsible for more than 40 projects.

"I think it is fair to say that we are the only mainstream independent asset manager that has become involved in the unlisted market," says Moola. "Our clients are always keen to invest, but within SA the problem has been a lack of quality projects."

There are a few things to bear in mind. Heleen Goussard, head of unlisteds at consultant group RisCura, says few development finance institutions will support energy projects based on coal, and all projects have to conform to international environmental, social and governance practices.

Towers’ Potgieter says we should remember that if a fund puts money into infrastructure funds, it has to be taken from another asset class. "Few pension funds will want to sell down their offshore assets, so the price of local equities and bonds will be hit."

NEWS ANALYSIS: Someone must come up with the money for infrastructure projects

Attracting more finance directly into infrastructure projects has not proved to be easy, but ideas are being thrown around
National
10 months ago
Next Article

NEWS ANALYSIS: Will state’s fresh round of infrastructure plans bear fruit this ...

EDITORIAL: Why private sector is wary of government’s new plan

HENDRIK DU TOIT: SA needs a clear vision and the will to deliver, not ...

NEWS ANALYSIS: Will state’s fresh round of infrastructure plans bear fruit this ...

EDITORIAL: Why private sector is wary of government’s new plan

HENDRIK DU TOIT: SA needs a clear vision and the will to deliver, not ...