Haval is making inroads where other Chinese car brands have failed 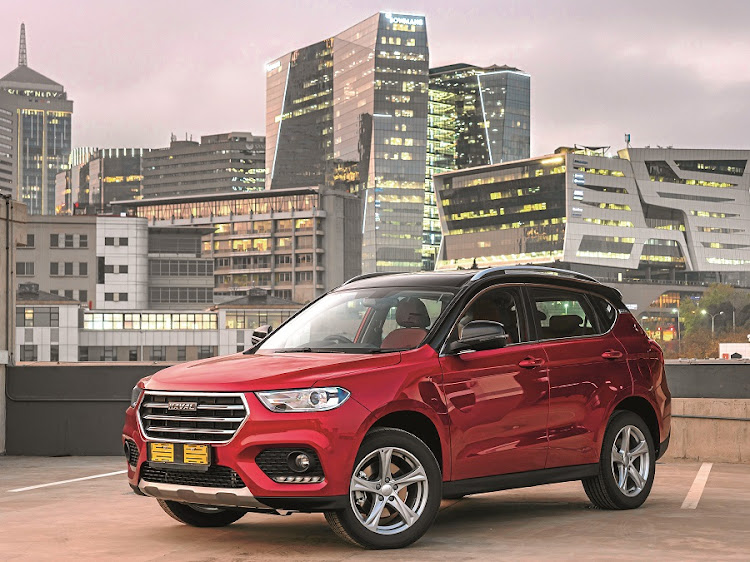 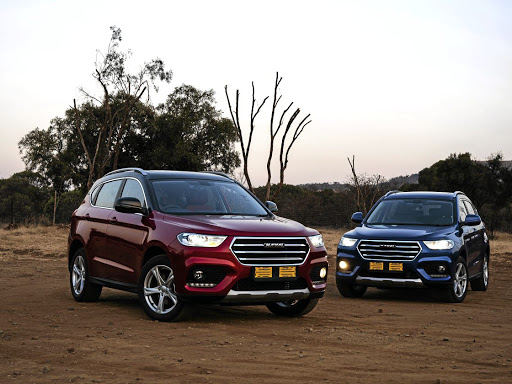 Twelve years after they set out to conquer SA, Chinese car brands have failed to mount a sustained market challenge. Could Haval, which came to SA in 2017, be the one to finally turn the tide?

Haval SUVs are becoming a familiar sight on SA roads. Local MD Charles Zhao says he expects to sell 10,000 vehicles in 2019, rising to 15,000 within five years.

Owned by Great Wall Motors (GWM), the Haval brand was launched in China in 2013. It is now present in more than 30 countries, but its main market remains China where, last year, it sold nearly 1-million vehicles.

None of this guarantees success in SA. Many consumers remain wary of Chinese cars in general. When they first arrived in SA, they gained a reputation for being cheap, but not much else. Quality levels ranged from decent to appalling. The same applied to after-sales service.

"There have been some really bad products with poor support and bad ethics," says former Geely SA MD John Jessup. "Some Chinese manufacturers have this image of SA as a developing country where they can get away with inferior products and behaviour. They got it completely wrong. We have demanding customers in a highly developed and competitive market."

There has also been a tendency to disappear when things get tough. Geely entered and quit the SA market twice, leaving thousands of customers in the lurch. Chery and Chana were among others to leave.

Of course, companies from other countries have also left. In 2017, General Motors disinvested from SA a second time. Citroën is about to re-enter the market after also leaving twice. The difference is that these companies have a long history in SA, with accompanying goodwill. It also helps that, when they left, they made provision for owners of their products.

Jessup, former head of marketing at BMW SA and Nissan SA, has also advised BAW and its Beijing-based shareholder, BAIC Group, which is building a vehicle assembly plant in the Eastern Cape. If all goes to plan, the plant will eventually have the capacity to produce 100,000 cars and light commercial vehicles a year. But the project, which was initially slated to cost R11bn and which includes SA’s Industrial Development Corp as a junior partner, is well behind schedule and it’s not clear yet when production will begin or how many vehicles will actually be built. The BAIC brand remains almost invisible in SA.

Jessup disputes the Chinese view that local assembly will transform South Africans’ general attitude towards Chinese vehicles. Each brand, he says, will have to make its own way. That means "reliability, back-up support and the correct ethical mindset towards customers, distributors, suppliers and dealers".

"It has focused on design and quality in an effort to overcome its country-of-origin stereotype. The brand is slowly starting to make inroads towards achieving this goal."

He adds: "Further proof that the brand is starting to change perceptions was its inclusion in Brand Finance’s list of the world’s 500 most valuable brands in 2018."

Zhao says Haval is "certainly here to stay" in SA. With more than 50 dealers here and in neighbouring countries, he says, the brand is serious about the local market. Warranties and service plans are already among the most generous in SA and the brand is about to launch a scheme guaranteeing vehicles’ trade-in and buyback values.

It’s a good start, says Jessup, but it’s only that ... a start. The history of the motor industry, in SA as elsewhere, is littered with companies that started well then lost their way when confronted with inevitable setbacks. These could be to do with supply, safety, quality or customer ill-will.

All companies run into problems, he says. What counts, and what will ultimately determine reputation, is how they deal with them.

"It’s still too early for Haval to show its reliability credentials," he says.

But if it continues the way it’s going, "it has a bright future".

Compact SUV has helped stimulate Haval’s sales growth in SA, and gets a refresher for 2020
Life
11 months ago
Next Article

Time for SA to move on new automotive technologies

SA’s ambitious new motor policy says all the right things. Can it be done?

Isuzu’s new SUV hits most of the right notes

No guarantees for SA's motor industry

Time for SA to move on new automotive technologies

SA’s ambitious new motor policy says all the right things. Can it be done?

Isuzu’s new SUV hits most of the right notes

No guarantees for SA's motor industry