TRC: the struggle for justice continues

After a nine-year legal battle, the SA History Archive will this week begin to make the Truth & Reconciliation Commission victims’ database available to the public 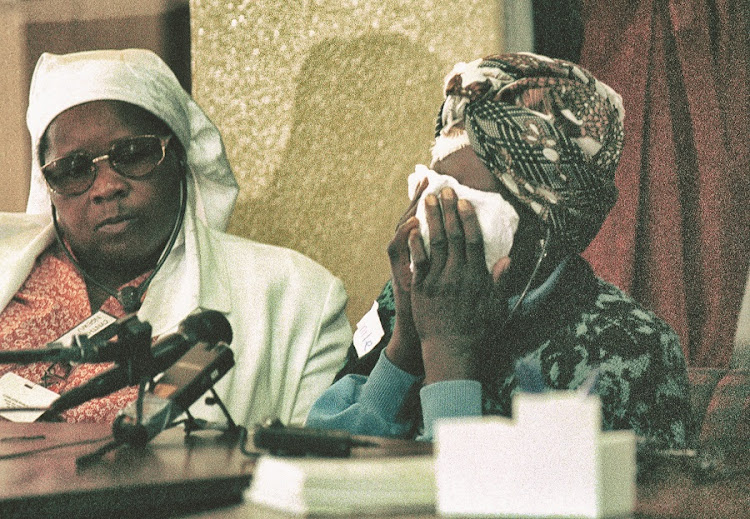 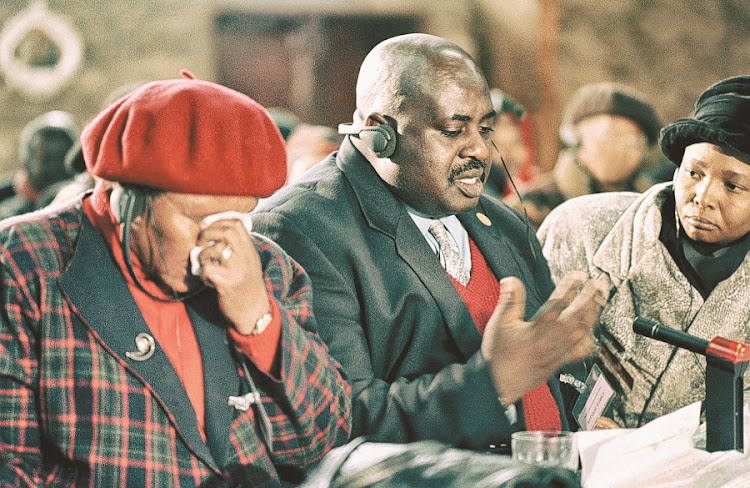 Twenty-three years ago, a scarlet-robed Desmond Tutu bowed his head and wept, people fainted, and cries of anguish rent the air in a packed East London City Hall as the first victims of apartheid’s grotesque death machine gave voice to their pain. The emotional thunderclap delivered by the cry of ANC activist Fort Calata’s widow, Nomonde, at the Truth & Reconciliation Commission (TRC) in April 1996 echoed over the country’s radios.

Among the first of thousands of surviving victims to testify was Babalwa Mhlauli: she was just eight years old in 1985 when her father, Sicelo Mhlauli, one of the "Cradock Four" alongside Calata, was hacked to death — and his severed hand mockingly displayed in a bottle at a Port Elizabeth police station to terrify anti-apartheid detainees.

On May 30, after a nine-year battle with the justice department, the SA History Archive (SAHA) will begin the process of making public a database of victims (the commission identified 21,748).

The database consists of six linked datasets that include information about events leading up to victimisation, violations committed, witnesses and all people connected to the acts. It will allow further analysis of this dark recess of SA’s history — including, for example, determination of patterns of abuse during apartheid.

The litany of terror revealed to the commission was overwhelming, as poet and SABC journalist Antjie Krog recalled in her book, Country of My Skull: "Week after week; voice after voice; account after account. It’s like travelling on a rainy night behind a huge truck — images of devastation breaking in sheets on the windscreen … It’s not so much the deaths, and the names of the dead, but the web of infinite sorrow woven around them."

And yet, to date, not one perpetrator has been prosecuted for the crime against humanity that was apartheid — as recognised by the UN.

And not one single military death-squad killer, general or politician has been put behind bars: the highest-ranking officer to serve time, Col Eugene de Kock, was a policeman, not a soldier.

The TRC’s great work was at the time dogged by some leading victims’ families resisting an amnesty for those who had hanged, shot, stabbed, raped and burnt thousands, in exchange for telling the truth. In particular, the families of the murdered Bantu Stephen Biko, Matthew Goniwe, and Fabian and Florence Ribeiro bitterly contested this easy way out for the killers.

At the heart of the TRC’s seven-volume, 4,500-page report, handed to then president Nelson Mandela on October 29 1998, is the victims’ list. It runs from Thabo Simon Aaron, a 22-year-old ANC Youth League member who was shot and badly injured by police at Lephoi in 1991, to Xolile Milton Zweni, a 30-year-old Transkei Defence Force soldier killed during an attempted coup in Umtata in 1990.

In March 2009, Fritz Schoon — whose mother Jeanette and sister Katryn were killed in a death-squad parcel-bombing in 1984 — sent a freedom of information request to the justice department to release its TRC victims’ database to SAHA. He asked that the database be released with the names and contact details of victims redacted, as SAHA wanted to enable researchers to conduct statistical analyses of the gross human rights violations revealed by the TRC.

In August 2009, justice minister Jeff Radebe overruled the objections of underlings in his department and ordered that SAHA had the right to access an anonymised TRC victims’ database. According to papers filed in court, the deputy information officer responsible for the database feared that masking the identifying details of victims would irreparably damage the database. But this was denied in affidavits by Patrick Ball, who had designed the database, and Gerald O’Sullivan, who had built and managed the database for the TRC.

Then the department claimed the person who had the password to access the database had died without revealing the code — and refused to make use of Ball and O’Sullivan’s offer to safely edit the database.

After exhaustive correspondence went nowhere, SAHA took the matter to court; the department finally relented and released the redacted database to SAHA. Nine years after the minister’s order to release the database, SAHA will now be making it public.

"It is absolutely pivotal that we get access to the database," Imtiaz Cajee tells the FM. His campaign to reopen the inquest into the death of his uncle, Ahmed Timol — thrown from the 10th floor of John Vorster Square police station in 1971 — reinvigorated calls for perpetrators of apartheid-era crimes to be prosecuted. 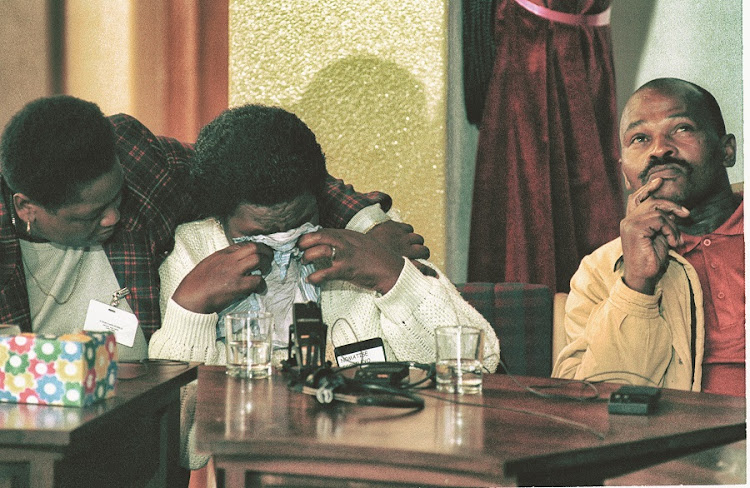 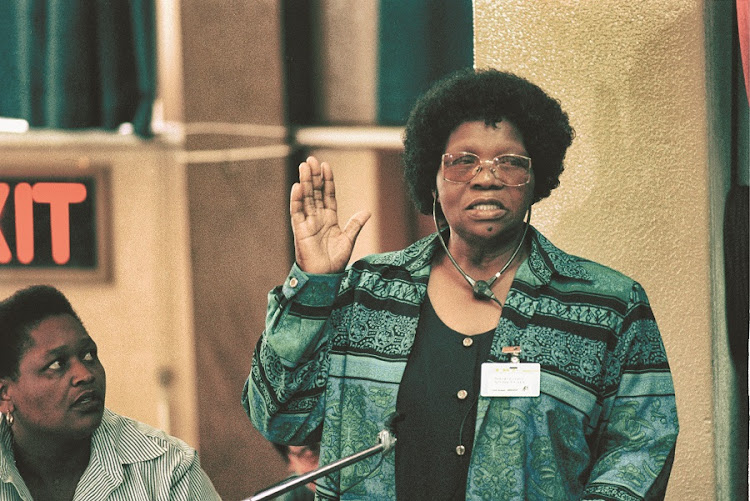 "A wealth of evidence resides in these databases. I am of the view that there are definitely apartheid security records in government institutions, and you can rest assured that some of these are in the hands of former officials," he says, suggesting they stole files either to cover their tracks or to use as bargaining chips.

TRC amnesty committee chair advocate Dumisa Ntsebeza previously confirmed as much to this writer in 2007.

Despite a verbal order from security branch intelligence section chief Brig Alfred Oosthuizen to his subordinates in 1992 to destroy all security branch files from 1960 onwards, a motley collection survived. TRC investigators found several thousand files in police headquarters — most dated from after 1990 — plus 11 back-up tapes of the HQ’s computer database. These were transferred to the National Archives, which also hold surviving national intelligence and justice department files.

But access to these files via the Promotion of Access to Information Act, as with the SAHA case, is often glacially slow — or denied outright.

Yet Cajee says the 2017 inquest had demonstrated that many of the files that could be of use to victims’ families — in Timol’s case, the personnel files of the security policemen involved in his murder — still exist. He has called for a general declassification of apartheid records to assist researchers and the families of victims.

The 2017 Timol inquest achieved only partial success, as the last of Timol’s lead interrogators, all alive in 2003 when Cajee first sought justice, had died by 2012. But it has provoked a rising chorus of public demand for apartheid-era crimes to be prosecuted. 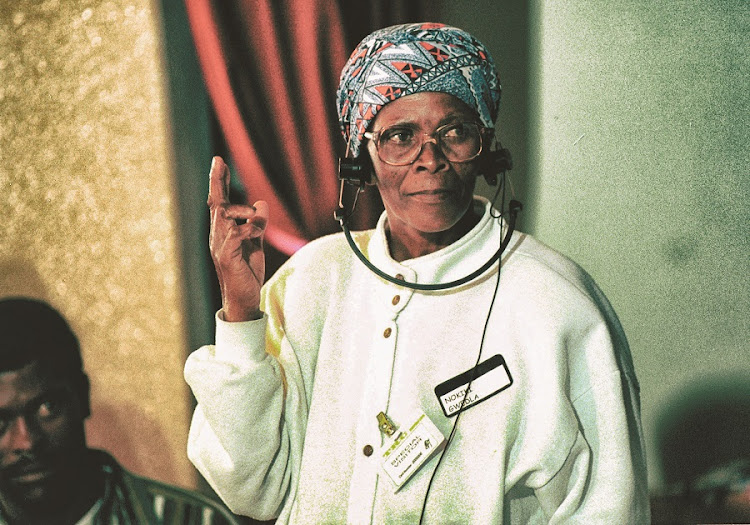 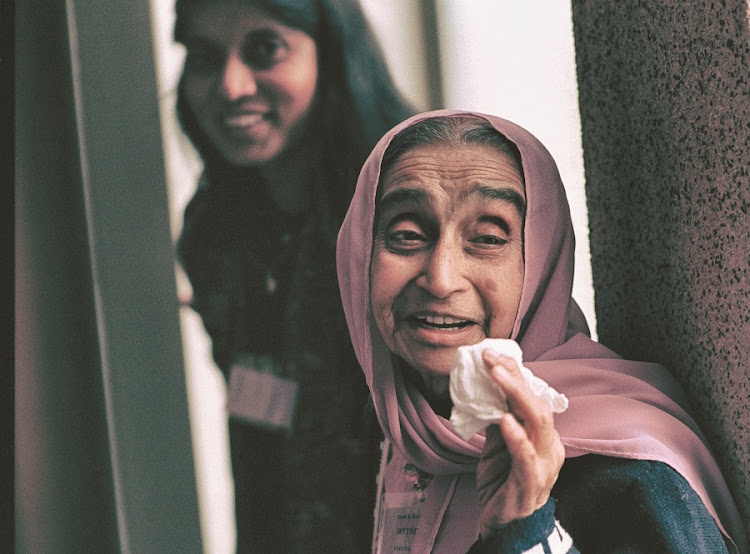 In 2002, the amnesty committee under Ntsebeza recommended that about 300 prosecutions of perpetrators on all sides be undertaken. But other than the 10-year suspended sentence plea-bargained for former law & order minister Adriaan Vlok, ex-security branch chief Gen Johan van der Merwe, and three security branch assassins in 2007 for the attempted poisoning of Rev Frank Chikane, no trials resulted.

Last January human rights lawyers, taking the Timol case as their cue, placed 20 more cases before the Hawks and the National Prosecuting Authority (NPA) for investigation — including those of the Cradock Four and the Pebco Three. But, as the Mail & Guardian reported earlier this year, the NPA, astoundingly, appointed a former security branch police captain and former police colonel implicated in torture as investigators. The NPA told human rights lawyers that the officers in question were being replaced.

But the investigations went nowhere.

And the justice minister’s announcement last month of the reopening of the inquest into the 1982 death in detention of Neil Aggett came three days after the death of Aggett’s lead interrogator, Lt Steve Whitehead.

Cajee argues that an official national process is needed to declassify and make accessible all relevant apartheid-era records: "We need a holistic approach; it can’t be civil society driving these investigations."

On February 5 Tutu, Ntsebeza and nine other "deeply outraged" former TRC commissioners wrote a letter to President Cyril Ramaphosa demanding that an official commission of inquiry be convened to investigate "political interference" in suppressing the recommended TRC prosecutions — and a presidential apology to victims of apartheid. 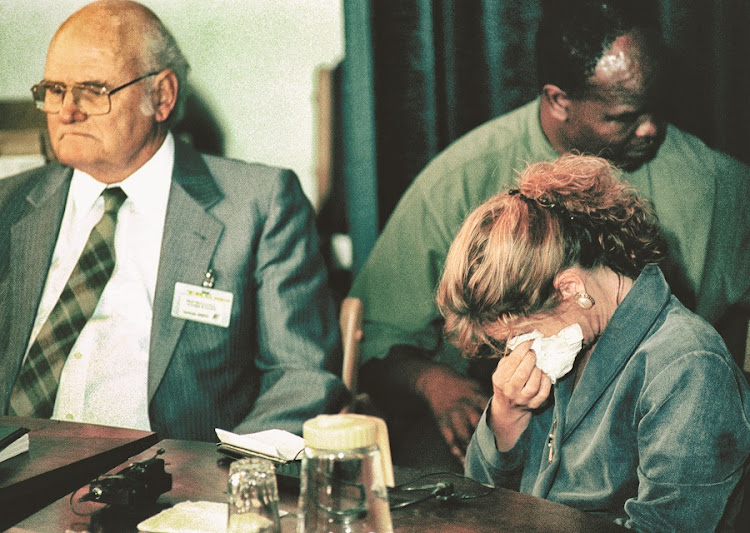 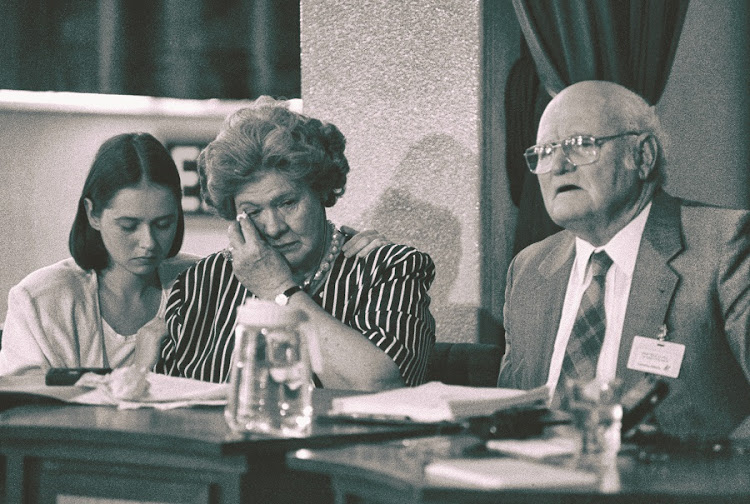 "Thembi Nkadimeng, the sister of Nokuthula Simelane; Lukhanyo Calata, the son of Fort Calata; Imtiaz Cajee, nephew of Ahmed Timol; and Jill Burger, sister of Neil Aggett, have been struggling for justice and closure over several decades," Tutu and his colleagues wrote. "Their struggles are symbolic of those waged by countless other families."

The ex-commissioners said though the sacrifices of those killed "laid the basis for SA’s democracy", their families "feel justifiably betrayed by SA’s post-apartheid state which, to date, has turned its back on them".

In April, Lukhanyo Calata made a detailed submission to the Zondo commission along lines identical to Tutu’s. "Common to … virtually all the 300 cases referred by the TRC … to the NPA," Calata argued, "is that they were all deliberately suppressed, and the perpetrators shielded from justice. This was the result of political interference from the highest levels of government which was brought to bear on the NPA and the SA Police Service … The consequences of such interference on the families of victims of apartheid era crimes have been devastating."

Calata tells the FM: "There are a lot of denialists around today about apartheid and its atrocities, [but] when you have actual documented evidence of people talking about their own trauma it becomes difficult to deny."

He says the TRC victims’ database will demonstrate how the apartheid state’s tactics evolved from arresting people like Mandela, to killing people like Biko in detention, to establishing death squads such as the one that killed his father.

In 2003, the President’s Fund was set up to finance the TRC’s recommended reparations, but the government concedes it has not fully complied with the ...
National
1 year ago

1.
What’s up with SA’s Covid-19 infection numbers?
Features
2.
EXCLUSIVE: SA to roll out chloroquine to tackle ...
Features
3.
Life in lockdown: stories from inside a township
Features
4.
Covid-19 spreads tentacles into townships, old ...
Features
5.
Coronavirus to push Zimbabwe to the brink?
Features / Africa

MANGOSUTHU BUTHELEZI: You are wrong, I never planned or sanctioned violence

Ramaphosa to reflect on post-TRC progress at Tutu peace lecture

MANGOSUTHU BUTHELEZI: You are wrong, I never planned or sanctioned violence

Ramaphosa to reflect on post-TRC progress at Tutu peace lecture

1.
What’s up with SA’s Covid-19 infection numbers?
Features
2.
EXCLUSIVE: SA to roll out chloroquine to tackle ...
Features
3.
Life in lockdown: stories from inside a township
Features
4.
Covid-19 spreads tentacles into townships, old ...
Features
5.
Coronavirus to push Zimbabwe to the brink?
Features / Africa

Fitch downgrades SA further into junk in another blow ...

Two more die from Covid-19 in SA and infections climb ...

Those Covid-19 nightmares? Just sleep on it