Momentum Investments’ economist and the FM’s editor share their views on the commodity windfall, inequality and the dwindling middle-class 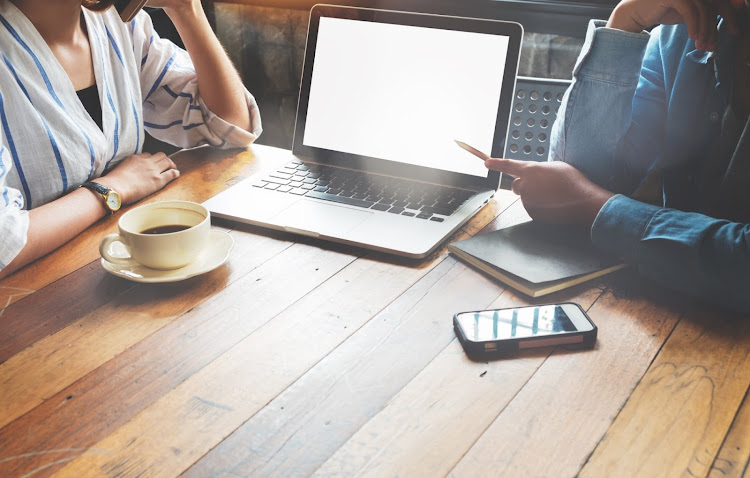 On this particular Thursday, when Rose picked up Packirisamy from Momentum’s Sandton offices for a drive, the rain fell gently over the city.

It didn’t take long for the new acquaintances to bond over their shared passion for exploring economic issues — something they do regularly in their respective jobs.

“I enjoyed economics as a subject. The theory gripped me, which is unusual because most people think the theory is quite boring,” Packirisamy says to Rose.

“But it’s real life. We all eat food, so we know about food inflation. We all spend money, so we know about purchasing power, and we all want to see the economy grow and create jobs. So it’s a relevant subject.”

Rose agrees. “What I find fascinating about economics is that it’s a study of incentives too — the motivations behind why people do things.”

The idea of incentives prompts Rose to ask: “We have a lot of platinum and other platinum group metals that did well after the Ukraine invasion, right?”

He says this boon was good for SA’s economy due to increased taxes from mining companies.

“Our tax revenues over-ran by R182bn, relative to what the government had predicted a year ago. We’re lucky to be a net commodity exporter, the rand has been reasonably sheltered from the negative spillover from the rise in geopolitical risk.”

“In that budget, R182bn was unexpectedly lucky,” says Rose.

Packirisamy says the government is aware these fortunes are temporary and cannot be relied on as a permanent structural inflow of cash.

“I think we would have been in a very tight squeeze otherwise. There are huge risks looming with expenditure. There are state-owned enterprises, which remain in a state of financial and operational malaise, and defunct municipalities, which also need a large amount of financial aid, to consider.

“The inequality in SA is at a peak; it needs to be dealt with in a manner that may result in extending the social relief of distress grant. And the government wage bill, which is up again for renegotiation.”

More than 70% of South Africans feel unsafe most of the time, says Momentum Insure

SPONSORED | Momentum Insure’s campaign, the Science of Safety, was developed after the acquisition of Alexander Forbes Insurance
Companies
10 months ago

Taxes are the main reason many citizens care about the budget speech. But, says Packirisamy, it’s about more than just taxes.

“If we do not manage to consolidate our fiscal numbers, we run the risk of getting further downgrades from the sovereign ratings agencies. That means the rand could be weaker, and when that happens, it means there’s potentially more inflation risk and possibly higher interest rates. This relays directly back to the end consumer.”

Now, more than ever, consumers need a plan that will help them weather any storm.

This is why Momentum offers #AdviceForSuccess, a campaign that guides consumers in creating a solid financial plan. Momentum also encourages consumers to reflect by asking “#WhatsYourPlan” to deal with financial pressures.

As the car comes to a gradual stop at the traffic light, Rose looks out the window past the raindrops that cling to his window and sees the JSE building. “The market seems to have taken the budget pretty well, better than expected,” he says. “Did that surprise you?”

Packirisamy says no. “The commodity price windfall underpinned a much better outcome on the fiscal deficit ratio as well as on the debt ratio. The government is anticipating the debt ratio to stabilise a year earlier than what it had previously expected.”

This means the government can pay off debt faster and accrue less interest, which leaves more money for social and economic priorities, says Packirisamy.

“Over the last decade, SA’s economy grew at a dismal 1% on average per year. Meanwhile, population growth was 1.5% a year over that same period. The economy is not growing fast enough to absorb the increase in the labour force. This results in more pressure on the government to expand the social safety net to cater for those who have no jobs.”

The gloomy route in conversation reminds Rose of the devastation the Covid pandemic had on businesses, driving unemployment even higher, while the markets performed reasonably well.

Packirisamy attributes this not only to high levels of inequality in SA, but to the dwindling number of middle-class consumers who are considered too well-off for government assistance but whose earnings have not recovered, as seen with upper-income earners. This is where a major tax base for the country sits.

Rose and Packirisamy continued their adventure in the Sandton streets and fulfilled a coffee craving at a local coffee shop. Their conversation may not save the world, but the intuition of a journalist, coupled with the data-driven mind of an economist, could save you a few bucks.

This article was paid for by Momentum.

From Kyiv to the Karoo: Exploring the butterfly effect of the Russia-Ukraine war

From Kyiv to the Karoo: Exploring the butterfly effect of the Russia-Ukraine war