What the new B-BBEE codes mean for your business

Gestalt weighs in on the most notable amendments 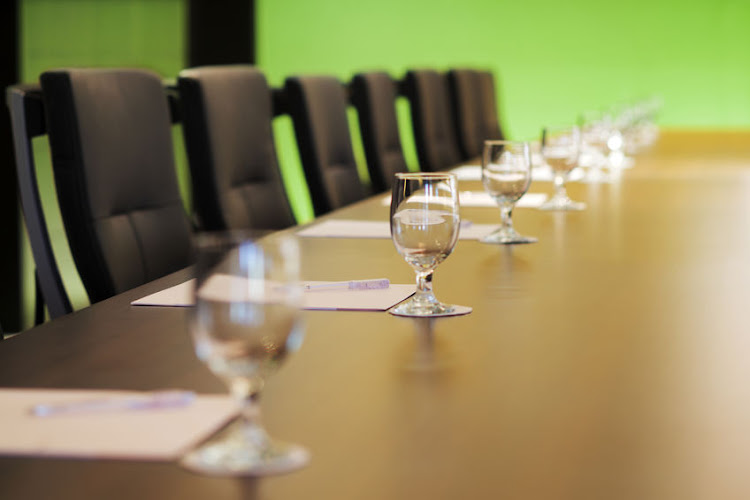 Now that the dust has settled after the announced of the new B-BBEE code amendments, Deon Oberholzer, CEO of Gestalt Growth Strategies and sustainable transformation expert, weighs in on what the amendments mean for your business.

It’s important to understand the context for the amendments by taking into account two events.

First, the B-BBEE commissioner declared a large number of broad-based ownership schemes and trusts invalid for BEE ownership recognition. And second, as an apparent parting gift from retiring minister Rob Davies, the department of trade and industry gazetted the final versions of the draft amendments that came out for public comment about a year ago.

The gazette includes an updated General Statement 000 (General Principles) and changes were made to Statement 300 on Skills Development, Statement 400 on Preferential Procurement and ESD, and Schedule 1 containing the definitions used in the amended codes and a few sector codes.

Here are the most notable amendments, according to Gestalt.

Luckily the implementation for these changes has a grace period, but it effectively means any company with a financial year ending after November 30 2019 will have to implement these amendments in its current financial year. This includes most businesses in SA.

Oberholzer warns businesses to take note and expect verification agencies to be compelled to apply the changes to any verification from December onwards, irrespective of the financial year or measurement period.

“If your year-end was in December 2018 or February 2019, be sure to have your next BEE certificate done by November 2019 prior to the amendments’ effective date,” he says.

“There would be very little leeway to change skills development and procurement retrospectively, so it is unlikely to be to your advantage to linger.”

Notably, with regard to skills development, absorption is redefined and the option of term contracts or continued education is removed. Absorption now means a contract of employment until mandatory retirement. These changes will have a tremendous impact on further education and development of new staff – more on this later.

The biggest bombshell is not what was included but was excluded entirely. The 2018 draft Statement 000 included a conditional exemption for large black-owned companies but this clause has been removed in the final version.

This means all companies with annual revenue of more than R50m have to comply with the codes without the option of exemption. Black-owned companies will continue to enjoy significant preferential treatment over all other companies, especially if they operate anywhere in the government’s extended value chain. However, there will be added pressure to ensure that the broad-based emphasis of the codes is equally engaged with, regardless of shareholding.

Exemption and the flow-through principle

Probably one of the most exploited “escape clauses” in the previous codes was the exemption of 51% black-owned EME and QSE companies. A plethora of ownership schemes, scams and structures mushroomed under this pretext “with only 26% effective ownership” held under easy to dismantle structures.

Understandably the commissioner issued a modification to this flow-through principle. An unintended consequence, however, is that the Codes did not specifically preclude it from the outset, leading to considerable debate. The new release makes it clear that exemption can only be based on 51% and 100% using the flow-through principle.

The dispute is, however, far from over. The current release does not address the ownership element with regard to broad-based ownership schemes. The B-BBEE commissioner castigated several of the dominant broad-based schemes, triggering an intense debate in the media. Should your business have such a scheme in place, Oberholzer recommends you seek advice from an expert B-BBEE consultant to help you navigate this matter.

It would seem the government’s apparent response to the #FeesMustFall student-led protest movement has been to pass some of the responsibility to business. Skills development expenditure has now been separated into two streams, namely funding students for higher education and everything else.

The total skills development target of 6% has not changed, but two more points have been allocated to the total expenditure score to increase it to 10. Of this, four points are allocated to “bursaries for students at higher-education institutions with a target of 2.5%, and six points for any other qualifying training using the remaining 3.5% of the allocated spend”.

Few companies manage to get full points for the expenditure targets in skills development and it’s interesting to note that a company that spent 3% (or half of the 6% target) would have received four points in the past and will qualify for 5.14 points now.

This shift towards higher education is likely to have a positive impact, as it will assist the plight of poor students and create a more direct link between students and industry.

Oberholzer says: “Any expectation that companies will henceforth spend 2.5% of their payroll on bursaries for full-time students is unrealistic and we can expect a number of more business-friendly or budget-friendly models hitting the market.

“Fortunately, a work linkage is added in, in the form of allowance for student stipends. We expect that the most popular models will contain some form of ‘study while you work for a stipend’ programmes, in combination with a strong focus on online learning. There are a growing number of learnership and skills programmes that run on similar models.”

“One hopes that the SA Revenue Service will produce a higher education equivalent to the Section 12h tax benefits and further that the sector education and training authorities investigate more favourable discretionary grants for higher education. If this happens, we may have the potential to achieve some phenomenal and sustainable career outcomes for our youth.”

The two points mentioned above were skimmed off the internship, learnership and apprenticeship headcount points without a reduction in headcount targets, but the employed and unemployed categories are now blended along with their targets to go from the previous 2.5% each to 5%.

However, with demographics as the basis of the calculation, it will be beneficial towards business and towards the coloured and Indian minority groups that were largely excluded from this opportunity in the past.

Absorbed “until retirement do us part”

The last clanger in the skills development element is actually not in Statement 300 but rather in the definitions. Absorption is now defined as a lifetime affair, and the option of absorption from continued learning and long fixed-term contracts is left out. To gain absorption points, one has to offer permanent employment until the “mandatory date of retirement”.

Just for the sake of being comprehensive with the list of sector codes: the transport sector codes have not yet been amended and the old codes have also not yet been repealed, and remain unaffected. The liquid fuels sector is somewhere in the engine room and the mining sector continues to live in a universe of its own and does not mention absorption at all.

There is also more room for informal training. The cap on category F and G training, being unaccredited and on-the-job training, has been lifted from 15% to 25%, so companies that invest in this kind of training will benefit. The costs incurred toward skills development facilitators and training managers are now included in the additional expenditure calculation, which has a 15% cap.

The increase was not taken from elsewhere in the procurement scorecard, leaving the generic scorecard with a total of 120 points, including bonus points. In real terms, the change means that a company that buys 20% of its total procurement from black-owned suppliers would have scored 4.5 points in the original amended codes, while it will now score 4.4. It is not a significant drop and could let some entities score extra points.

The final release includes a new and elaborate mechanism that allows companies to continue to claim EME and QSE development support and procurement from generic black companies as long as they were EME or QSE when the relationship started. This is valid for five years from the first date of such support, so it allows for more sustainable and growth-orientated relationships with successful black suppliers.

Some of the procurement multipliers for first-time suppliers, for example, were either removed or altered from the previous and draft codes. The drafts introduced a new multiplier when procuring from black-owned companies, which doubled their recognition in procurement. This was reduced to a more mundane 1.2 in the final gazette, but it could make the higher 50% target a bit easier to reach.

So, what’s next for BEE? Oberholzer ended the interview with this statement: “For the rest of the gazette, mostly squeezing, tightening and shifting around but no burning platforms. We are still waiting for the verification manual, the interpretive guide and the appointment of the B-BBEE regulator. We have had a press release from the B-BBEE Advisory Council saying there is a lot wrong with B-BBEE, while the B-BBEE commissioner has the broad-based ownership bit tightly in her teeth and more changes to clarify ownership schemes are sure to follow. Also, expect that the new minister will do some further shaking and rattling.”

In summary: B-BBEE is continuing on its path, the changes are manageable and the focus is shifting slightly, but B-BBEE remains the same at its core. Oberholzer and his team from Gestalt are confident they can help you navigate the BEE eco-system, regardless of the challenges the amendments may pose to your business.

This article was paid for by Gestalt.