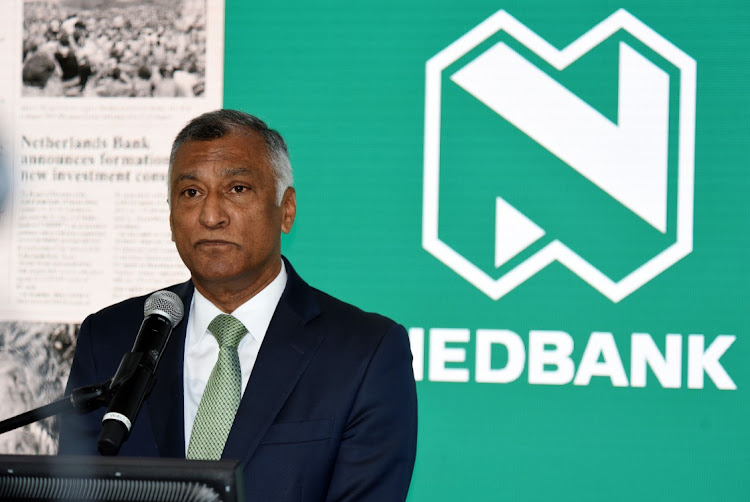 Vassi Naidoo's life was a celebration of a uniquely South African success story.

His grandfather came to SA from India and worked for 25 years as an indentured worker at Crookes Brothers Estate, before moving his family to Chatsworth in what is now KwaZulu-Natal, where Vassi grew up and went to school. His mother never went to school.

Against all the odds, Naidoo rose from this background to qualify as a chartered accountant at Deloitte's Durban office in 1979, before becoming the CEO of Deloitte Southern Africa in 1998, making him the first black CEO of a "big four" accounting firm in SA.

After serving the maximum allowed two terms as CEO of Deloitte Southern Africa, Naidoo moved to Deloitte London in 2006. When he retired from Deloitte in 2014 after 37 years with the firm, he was deputy chair of Deloitte UK.

He was appointed to the Nedbank Group and Nedbank Ltd boards in May 2015 as nonexecutive chair, a position he held until his death on Tuesday at the age of 66, after a long illness.

Naidoo had been a past nonexecutive director of Old Mutual Plc, Old Mutual Group Holdings and Old Mutual Ltd.

He was appointed as a senior independent director of Liquid Telecommunications Holdings Ltd on November 1 2016 and chair of Gateway Delta in 2017, both based in Mauritius.

He was also appointed as a nonexecutive director and deputy chair of Black Mountain Mining/Vedanta Zinc International on May 4 2020.

He was a chartered director and a member of the Institute of Directors SA.

He was also a professor of practice in the department of accountancy at the University of Johannesburg.

He was a past chair of the Africa Children Feeding Scheme, past trustee of the Thuthuka Bursary Scheme and chaired the WWF Nedbank Green Trust.

He was a trailblazer and pathfinder who was a true patriot, passionate about SA and the role its business leaders should play in contributing to its success.

He played a key role, alongside public enterprises minister Pravin Gordhan and the late business leader and Eskom chair Jabu Mabuza, in the creation of the CEO Initiative as a vehicle to contribute to changing the fortunes of our country for the better.

Though Naidoo is physically lost to us, his legacy still lives in the thousands of chartered accountants who trained at Deloitte under his leadership, and in particular the catalytic role he played in transforming the accounting profession.

At Nedbank we are richer for having shared the last few years of his life with him.

He led our board with integrity and passion. He was challenging but supportive.

He loved our brand and what it stood for and drove the formalisation of Nedbank's purpose or "north star" - that of using our financial expertise to do good for individuals, families, businesses and society.

He was a real people's person and loved client and staff engagements, where he made a point of engaging with staff at all levels in the organisation.

The Youth Employment Service initiative was close to his heart and he would always highlight the importance of education and hard work and the opportunities that lie ahead, reminding recruits that he had come from a similar background.

It was one of the privileges of my life to have known, worked alongside and learnt from Vassi.

Like me he was an early riser, and I will miss our many 6.30am coffee conversations about Nedbank, SA and life in general.

He was one of the very best and has left us way too soon, but his enduring legacy remains in all of us.

May his soul rest in peace, free of any pain and sickness.

He is survived by his wife Sheila and his daughter Carmeni.

• Brown is CEO of Nedbank

Mpho Makwana, who was appointed acting chair when Naidoo took medical leave, will continue in the role for the time being
Companies
9 months ago
Next Article