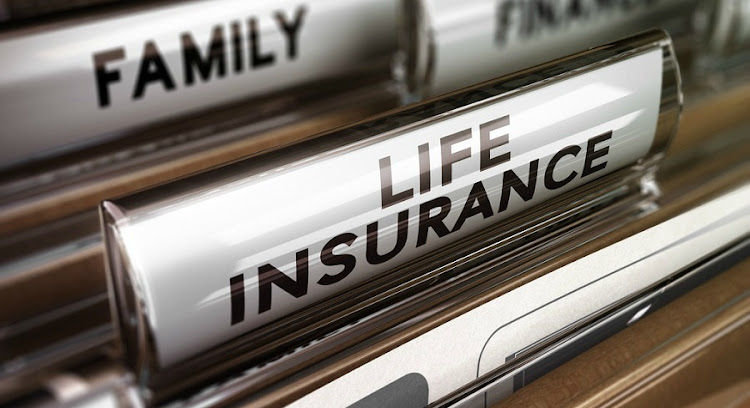 The most common variety of life assurance in SA is term cover, which typically stays in place until you retire.

It is also possible to buy life assurance that stays in place for your whole life, but independent financial planner Ian Beere of Netto Invest says most breadwinners don't opt for this more expensive option because they only need the cover to replace their support for their families until their retirement savings kick in.

Some advisers suggest that those who use a guaranteed annuity to provide a pension consider whole-of-life assurance as a way of providing an inheritance for heirs.

Taking out cover late in life, however, is expensive. Paying more for whole-of-life cover from a younger age also comes at a cost. If you are disciplined you might be better off saving what you would have paid in additional premiums.

When it comes to disability, whole-of-life impairment cover can be a good way to provide for the extra costs that come with being disabled late in life - for example if you suffer a major stroke or develop dementia.

To benefit, however, you have to keep paying your premiums - if you fail to do so after a one-month grace period, your cover will lapse.

If you take out whole-of-life cover, you need to be sure you can pay the premiums until you die. That may prove difficult if you retire on a low pension.

Your premium escalation also needs to be manageable as typically increases are only guaranteed for the initial years of the term.

Ongeza Life, a new financial services provider, seeks to address the issue by offering cover that stays in place for life on payment of a single premium.

The Ongeza Life Plan is underwritten by Guardrisk Life (a member of Momentum Metropolitan Holdings) and reinsured by Munich Re.

Ongeza founder Patrick Ndururi, an actuary, says pricing cover to a single premium is a world-first that suits the new world of work, where many people are gig workers with irregular income.

Ongeza Life allows you to take out life cover of up to R150,000 a year to a maximum of R1m in your lifetime, but Ndururi hopes to grow this maximum cover limit soon. There is no disability cover.

The lowest one-off premium payable is R500 and the cover your premium buys depends on your age, gender and level of income (used as a measure of your lifestyle). If you stop paying for whatever reason you can do so without losing the cover you have already bought.

You cannot buy cover after turning 66.

As the cover remains in place for life, is it more expensive than paying by monthly premium?

Her cover will increase by 2.5% a year - cover typically increases at a lower rate than premiums because risk to the assurer increases as you age. Three years after taking out the regular policy, the woman will have paid R12,930 in premiums and she will be insured for R538,445, he says.

At all times if the woman is unable to pay, the regular policy would lapse and she would have no cover, whereas with the Ongeza Life Plan she would keep the cover she had bought to date.

If the woman keeps paying on the traditional policy until she is 60, she will have paid about R153,000 in total - the same amount she would have paid by age 41 on the Ongeza Life Plan, Ndururi says.

If she then retires and is unable to sustain the monthly premiums, the underwritten policy will fall away and the woman will have no cover going forward, but under the Ongeza plan she will remain covered for R1m for life.

Beere says comparing the cost in today's rands of paying monthly for cover to age 65, against the cost of buying the Ongeza cover until you have R1m in cover, shows the higher cost of whole-of-life cover.

If you need whole-life cover it is fair
value, but you need to ask if it is appropriate for you, he says.

If you have the money upfront to buy an Ongeza policy, but only need cover to age 65, it would be cheaper to put the money in an interest-earning account and use it to pay the monthly cost of regular insurance.

Ndururi acknowledges the Ongeza policy is more expensive in the early years, especially if you die early. However, it rewards those who live longer.

He says stokvel members who get rotational benefits, employees who are paid bonuses and those who receive severance or retirement fund lump sums on retrenchment or retirement, are likely to find paying a single premium for cover useful.

He also says cover for whole of life can be useful if you need to provide for estate duty payable on your death - a problem only for those with more than R3.5m in their estate, or R7m for a couple.

Ride the crisis by ensuring good value from financial products

Insurers must offer digital solutions that lift accessibility and educate ...

Ride the crisis by ensuring good value from financial products

Insurers must offer digital solutions that lift accessibility and educate ...