South Africans have about R420bn — or 20% of all the money invested in unit trust funds — in money-market funds.

Recent interest rate cuts have, however, taken money-market yields down to between 3.8% and 4.9% this week — not far above the 3.2% inflation rate for July. Investors who have used their interest exemptions also need to pay tax on this interest.

You can park savings in a money-market fund for emergencies, for living costs or because you plan to spend it soon, but longer-term savings now need to shift to higher-earning funds.

The income-focused funds that claim they can hunt around for the best returns are the multi-asset ones that make calls on which part of the fixed-income market offers the best yields or move up or down the yield curve. They can also invest up to 10% in shares — typically those delivering stable dividends — and up to 25% in listed property.

Marriott, Sasfin and Absa Investments all spoke at the recent Meet the Managers conference for financial advisers about the need to make these tactical decisions about fixed-income investments to earn inflation-beating returns.

The returns of these funds, however, show that the calls many managers made have not worked well over the past five years, and their average returns over many periods are worse than those of money-market funds.

Duggan Matthews, investment professional at Marriott, says among the more than 70 income funds and multi-asset income funds with a five-year track record to the end of June, the best performer delivered on average 9.8% a year and the worst 1.3% a year.

Only 19% of these funds beat the average money-market return by one percentage point, he says.

James Turp, head of fixed income at Absa Investments, says the key to choosing a good income fund is to understand your fund and its manager’s “credit signature”, whether it moves up and down the yield curve as it changes, the issuers the fund is investing in, how diversified the fund is and how liquid the issuers’ assets are.

Your manager should have experience in managing fixed income through various economic cycles, and responding to shorter-term volatility, he says.

Turp says banks will now only pay you 3.75% for a one-year deposit as there is a lot of cash in the system.

However, 10-year bonds have yields of 9.3% and you can get another two percentage points if you take a bond with a term of up to 20 years.

This makes the yield curve very steep, but as juicy and attractive as the yields are for longer-term bonds, there is significant risk of a failure to repay debt over 20 years, Turp says. But there are opportunities with less risk lower down the curve, as yields start to rise sharply when the maturity date is longer than three years, he says.

For example, there are good yields on longer-dated subordinated bank debt. It is likely that banks will continue paying as they are well regulated and healthy enough to see the crisis out, Turp says. 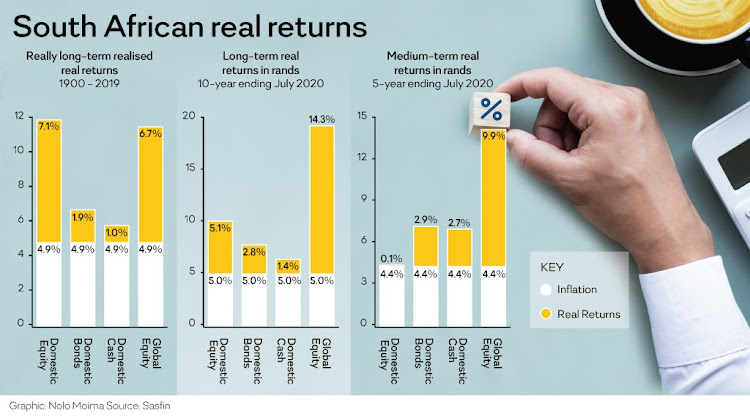 Absa’s Tactical Income Fund has delivered 8.7% a year for the past three years without losing money over 12 months.

Marriott’s Core Income Fund is one of the few funds that has beaten money market returns by more than 1% a year over five years.

Matthews says the fund’s success lies in its two-year investment horizon and its flexible mandate to move along the yield curve.

Over the past five years, the fund seized opportunities such as that to invest about two-thirds of the fund in fixed deposits from the five big banks in 2015, when yields were on average 9.4% and interest rates were 6%.

Matthews says that banks were paying well because they wanted to be well capitalised heading into an expected credit ratings downgrade.

Selling some of these investments when yields fell after Cyril Ramaphosa became president locked in capital gains, he says.

The fund has returned 8.65% a year over the past five years, according to Morningstar, and has not had negative returns over any two-year period for the past decade.

Matthews says the Covid-19 pandemic corresponding with ratings agencies downgrades of the country’s bonds led to panic selling and one of the best opportunities in the bond market in 20 years. In particular, the yield on the government’s R186 seven-year bond has increased from 8% to 12%, he says.

While the country’s debt is on a very unsustainable path, there will be a good period of time before a debt default, as the government will be obliged to implement a number of measures from increased taxes to freezing government salaries and selling of state assets before it can default, he says.

Bonds with a maturity of less than 10 years, and in particular the seven-year bond, therefore offer great opportunities that could even deliver double-digit returns if bond prices recover, he says.

Philip Bradford, chief investment officer at Sasfin, says the local bond market that allows you to lock in returns of inflation plus 9% is our best investment export, while the outlook for local and global equities is uncertain. As global equities are expensive, returns are likely to be low, he says.

Bradford says bonds are well positioned to continue to outperform and offer a unique opportunity despite the risks and the noise. He says investors in cash are giving up 6% relative to bonds.

The Sasfin BCI Flexible Income Fund has returned 9.86% a year over the past five years and has never had a negative annual return despite the two worst sell-offs in the bond market, Bradford says.

Despite much negativity about companies halting dividend payments and plummeting prices of property companies that own office space and shopping malls, Bridge Fund Managers chief investment officer Ian Anderson says careful stock selection at the current high yields can give you a good dividend-paying portfolio.

Bridge’s equity portfolio has a 4.3% dividend yield that it expects will rise to 5.5%. or 5.8% next year and is exposed to businesses that are likely to be around well beyond the next two to three years, he says.

Listed property has suffered 50% to 70% price declines but a portfolio that is vastly different to a traditional listed property portfolio presents good opportunities not seen since 1998, Anderson says.

Yield: The yield measures the income generated — as interest or dividends — as a proportion of the price of an asset such as a bond.

Yield curve: Plots all the yields of cash and bonds in line with their terms to maturity and shows you how the market perceives the risks. SA’s yield curve is currently very steep because long-term bonds have very high yields as investors perceive the risk of default as high.