Run your own 'salary advance' 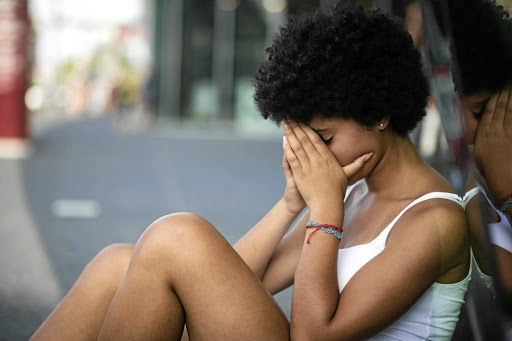 Going a month between pay cheques can trap people in a cycle of splurging and being indebted to loan sharks. Picture: 123RF.com

If you run out of money days after being paid your salary and spend the rest of the month living on credit, you're getting poorer and probably increasingly unproductive, if not depressed.

But if you could get part of your earnings before month-end, you might be able to break your dependence on credit and have a better chance of saving for emergencies and long-term goals.

This is the thinking at the heart of newly launched companies Level Finance and SmartWage, both of which have sold their offerings to South African companies seeking to improve the financial wellbeing of their staff.

Raeesa Gabriels, the tech entrepreneur behind Level Finance, has seen the dark side of the credit market.

She tells of a consumer who needed R1,000 to buy her children school uniforms.

It's not only the mashonisas who charge extortionate rates.

Simon Ellis, a co-founder of SmartWage, says a consumer in SA who needs to borrow R1,000 for 15 days - and doesn't have access to an overdraft, credit card or their earnings - will pay R276 for the cheapest payday loan.

The cost of credit can be crippling, and you shouldn't have to use it when you could be using your earnings, according to Ellis and Gabriels. The "earned wage access concept" is being used by companies in the US, UK and Europe with great success, they say.

"The monthly pay cycle is by far the most popular for the majority of employers because it's cost-effective, time-saving and easiest for employers to manage," Gabriels says.

But up until the Industrial Revolution weekly wages were the norm. The move to monthly pay was for the benefit of employers and not employees, she says.

Studies show that the monthly pay cycle drives irregular spending, or the "payday millionaire" effect, with employees splurging immediately after payday. This exposes them to cash-flow problems that get worse the closer they get to month-end, she says.

When we receive money in smaller tranches, we're more prudent in our spending, Gabriels says.

Ellis says most people struggle to budget effectively, and the last 10 days of the month become hugely stressful.

"This often leads people into short-term debt - be it an overdraft, credit card debt, payday loan or a loan from a loan shark. This is the start of a cycle that becomes difficult to escape because of high interest rates."

Level Finance and SmartWage have positioned themselves as providers of financial wellness, hoping to eradicate payday lenders in SA.

They partner with employers not only to give employees access to earned wages but also to financial literacy.

Your employer has to sign up for the service, which then integrates with the employer's payroll so that there's no administrative burden on your employer when it comes to giving you access to your earnings.

Ellis says that usually when you need an advance from your employer you go cap in hand. "Now you can do it through your phone. With SmartWage you can dial the USSD channel, or SMS or WhatsApp us, and we can get access to what you've earned instantly, and it comes off your payslip at month-end," he says.

Both SmartWage and Level Finance will give you access to a percentage of what you've earned up to a maximum of 25% of your net salary.

Ellis says that, on average, employees are taking between 16% and 19% of their salary.

Who is using it?

Since February, SmartWage has signed up 19 employers with collectively almost 10,000 employees.

Ellis says the offering is for a range of employees. "When we started out, we thought this has to be a solution for lower LSM [living standards measure] employees, but if you look at stats from UK company Wagestream, one of their biggest demographics is Londoners who earn between £50,000 [R1.1m] and £150,000 a year. Those are people with expensive cars and mortgages. Often, they're bankers who look after other people's money."

This goes to show you can be a high earner and financially illiterate, or financially literate but not willing or able to change your behaviour when it comes to money, he says.

Use of the platform costs either you or your employer.

• Gabriels did not want to be quoted on the cost of the Level Finance service.

You and Your Money

You and Your Money