Take charge now so you can nurse it back to health 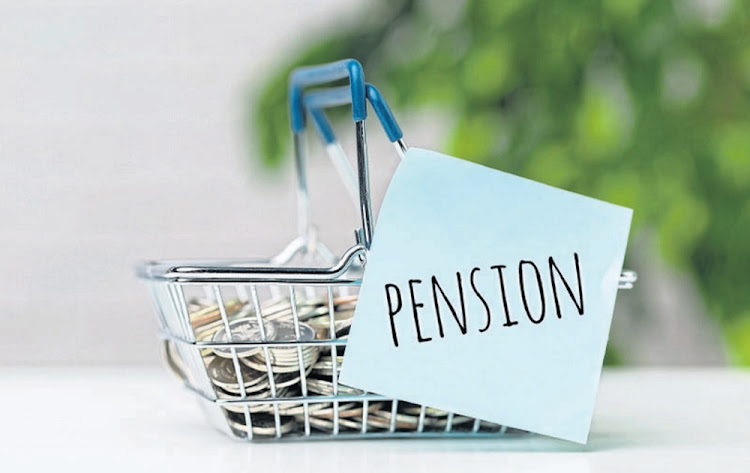 Are you one of many South Africans likely to earn a disappointing pension in retirement? Or unlikely to ever reach the financial freedom of having your savings, rather than your labour, provide an income?

Alexander Forbes' latest Member Watch survey showed that before the coronavirus pandemic, retirement fund members would on average reach retirement age with enough savings to provide just a quarter of their final salaries. The pandemic will most likely make this statistic worse.

If your employer cut your income and suspended your contributions to your company retirement fund, or an income loss forced you to stop your retirement annuity contributions, you may be worrying about the impact on your savings.

If you have been or could be retrenched and need to live off your savings until you start earning again, the impact on your future pension is a big worry.

Even if your income survived the crisis, most retirement savers have endured poor returns for the past seven years from the balanced or multi-asset unit trust funds in which they have been invested.

The Alexander Forbes Large Manager Watch survey shows that over this period only about half of the large managers' balanced or multi-asset funds have outperformed inflation and only one returned inflation plus 5% - the return that long-term savers need to meet pension targets.

In March, many members' retirement savings took a big hit. While the all share index has clawed back most of the year-to-date losses, average returns for the balanced funds in which retirement fund members invest are still negative for the six months to the end of June.

Working out the damage and what you need to do to fix it is more empowering than worrying, even if you are not in a position to save more right now.

Looking at your lump-sum savings balance is not helpful. You need to know what it will amount to as a pension - expressed in today's rands. 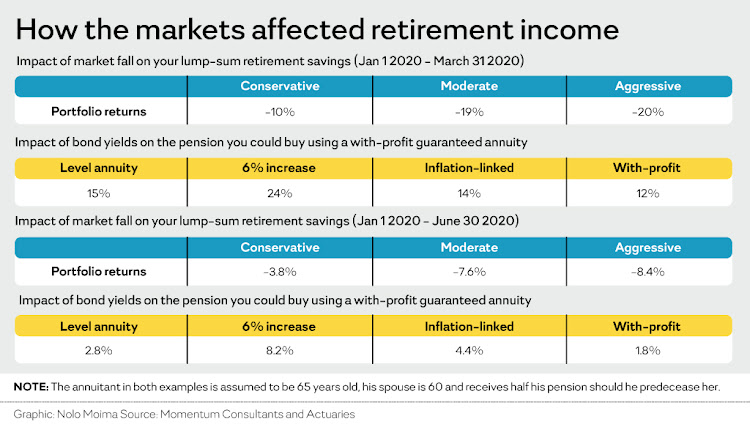 Some more forward-thinking retirement funds are showing members what that number could be, based on a number of assumptions. Some, like the Sanlam Umbrella Fund for example, have designed apps that allow you to see how you can change your future pension by increasing your contributions or retirement age.

Apps like these make use of assumed inflation rates and the reasonable return you can expect to earn before and after retirement given the investment risk you can take at each stage of your life.

But for ordinary members, assuming inflation and the returns you will earn from your savings can be a hit-and-miss affair.

Dave Crawford, founder of Planning Retirement, a consultancy focused on retirement planning, has developed his own measure that produces a retirement readiness score based on the amount you would have to live on if you retired now, expressed as a percentage of your current lifestyle costs.

The score and your current savings rates can also be used to show the real return (after inflation) that you need to earn to keep your standard of living when you retire.

You - and your adviser - can then judge if the return looks achievable, especially in this current low-growth time, Crawford says.

The return you need will in turn help you identify the appropriate investment that targets that return. Crawford's measure, available for an annual fee, also allows you to test other scenarios, such as working longer or saving more to see how that would change the real return you need, and it shows everything after tax, so you don't have to factor that in afterwards.

Tracking your living standard rather than a percentage of your "pensionable" salary also avoids problems that can arise if your salary on which your retirement fund contributions are based excludes the likes of bonuses or car allowances.

When you can save more, your living standard will reduce, which results in a higher retirement readiness ratio and lowers the real return that you will need.

Focusing on the income you need in retirement is also important because the cost of securing that income changes over time, Rob Southey, head of Momentum's asset consultants, told Batseta's principal officer and retirement fund trustee members in a recent webinar. Batseta is the Council for Retirement Funds for SA.

Members retiring in about March this year after the market fall were concerned about the impact on their lump-sum savings, but the lower cost of buying an annuity or monthly pension meant some retirees were better off, he explains. Members in multi-asset or balanced funds with lower exposures to equities (conservative funds) lost about 10% of their portfolios in the first quarter, while those in funds with higher exposures (aggressive funds) lost 20%, he says.

However, the income you could get from a with-profit annuity went up over 10% at the same time, leaving those who retired with an income that was only 10% lower.

Most retirement fund members are, however, in what are known as life-stage investment portfolios. These portfolios move you into more conservative investments the closer you get to retirement.

Members in conservative portfolios who retired at the end of March were able to buy a guaranteed annuity that lets them share in some market gains - a with-profit annuity - that provided an income that was up by about 2% from January, despite the loss to their savings over that period, Southey says.

He says you need to plan ahead and consider the type of annuity you will buy at retirement. Do you want the guaranteed income a life annuity provides? If so, a level or escalating one? Or will you take the risk of earning enough from your investments in a living annuity?

Five years before retirement, you need to start investing in a way that aligns changes to your savings with the changes in annuity prices, Southey says. This gives you more certainty about the outcome, as you are unlikely to be caught out by market events because your savings (asset) and the pension (liability) will be moving roughly in parallel.

The retirement numbers to crunch

SA is a laggard in the growing world of impact investing

This is an opportune time to explore alternative sources of return, such as those found in the real economy in infrastructure and private equity and ...
Opinion
8 months ago

The SA private equity industry is very sophisticated and, at close to $10bn, a fair size
Opinion
8 months ago

Mantra for retirement: save, save and save again

If the retirement fund industry were to be marked for its performance, that would surely earn it an F
Money
9 months ago

Fee for all: what to do about your costly RA

Should you have a policy for your child's education?

Be cautious about where you seek financial advice

One key to lockdown debt

Fee for all: what to do about your costly RA

Should you have a policy for your child's education?

Be cautious about where you seek financial advice

One key to lockdown debt