Pensioners breakin’ up shouldn't be so hard to do 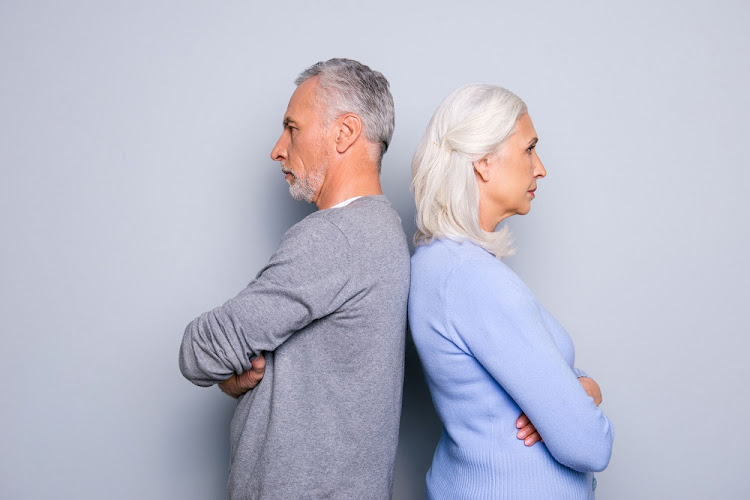 For too long divorced people have been unable to access funds in the living annuities of their ex-spouses. A recent judgment in the Supreme Court of Appeal goes some way towards addressing this inequity, though more still needs to be done.

The court has ruled that the right to the income from a living annuity can be considered for the purpose of splitting assets when married couples part ways.

First, let's recap the laws pertaining to divorce and the sharing of marital assets: The Divorce Act states that retirement fund savings do form part of a person's assets in the event of a divorce and must be considered when dividing up the marital assets.

The non-member spouse may be entitled to a share of these assets ranging from 0% to 100%, depending on how the other marital assets will be shared post-divorce. (None of this applies to a marriage out of community of property, which excludes the accrual system.)

The Pension Funds Amendment Act introduced the clean-break principle in 2007. This allows the non-member spouse to access their former spouse's retirement fund benefit and have an amount or percentage (as stipulated by the divorce decree) paid out or transferred to another fund. Do be aware that since 2009, the non-member spouse is liable for tax if they withdraw their share. If the funds are transferred to another retirement fund, no tax is payable.

A challenge arose when divorce occurred later in life, after the proceeds of retirement funds had been converted into a living annuity that provided the former pension member with an income.

This has all changed with the judgment this year in the Montonari case in which the Supreme Court of Appeal acknowledged that the annuity does have a capital value and can be taken into account when dividing assets after a divorce.

Could this much-needed change go further?

Although the Montonari judgment is a major step in the right direction, there's still a problem in that the person receiving the income has the right to vary the drawdown from 2.5% to 17.5%, and can reduce the drawdown to lower the capitalised value of the income. This is not unlikely as people tend not to do the right thing when dealing with the trauma of a divorce.

In the spirit of fairness, I firmly believe the courts should take things a step further and allow the capital underlying a living annuity to be split into two, regardless of the ownership by an insurer.

What about life annuities?

This case is a step in the right direction. It is quite simply unjust that a non-member (ex)-spouse has a right to share in the pension interest before retirement but not after it. The solution to the inequity is legislative intervention - as proposed by industry organisations. I sincerely hope that legislators will do something about this imparity as a matter of urgency.

What do you know about who is choosing your funds?

WARREN INGRAM: How to invest during the corona contortions

Emerging markets, including the JSE, are offering great value and represent a real buying opportunity
Opinion
10 months ago
Next Article

Self-employed? Your business is not a retirement plan

Consider your older self before raiding pension

Perils of cashing in on your car

Self-employed? Your business is not a retirement plan

Consider your older self before raiding pension

Perils of cashing in on your car