Who fared best in a tough year?

Morningstar awards funds that did best among peers 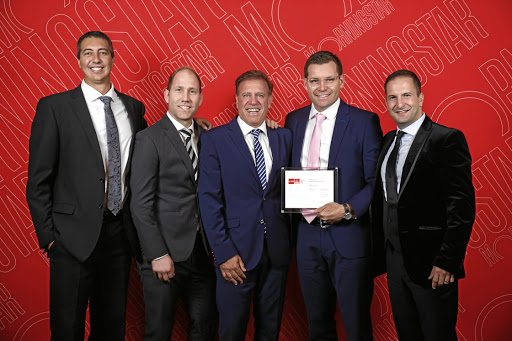 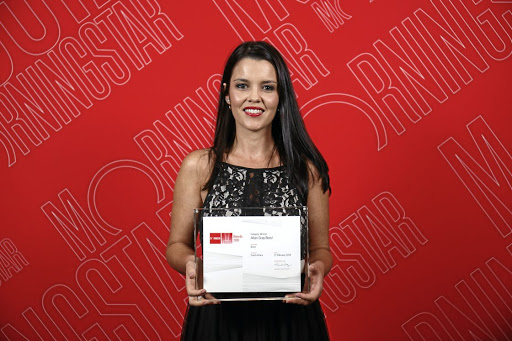 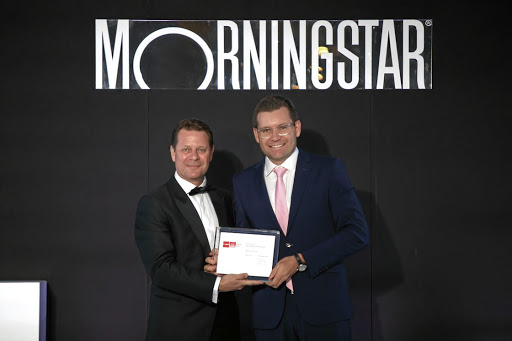 Many funds have underperformed their benchmarks even over periods of up to five years. But some did better than others, losing less or eking out some positive returns. Seven funds and two managers, some a little abashed, were toasted at this week's Morningstar awards in Cape Town.

The awards were made on the basis of risk-adjusted returns over one, three and five years to the end of last year, ensuring that only managers who deliver top returns consistently qualify, but there is a weighting towards the shorter one-year period that shines a light on those who in particular did well over the past year.

Boutique investment manager Aylett and Co beat some 115 peers by "avoiding" the big potholes, from Steinhoff to the poorer-performing gold miners.

Founder Walter Aylett is a stock-picker who perfected his skills at Coronation before founding his own company in 2005.

His smaller funds are able to select from 140 shares rather than the 20 or so to which bigger funds are restricted.

Aylett says he favoured South African shares over foreign ones over the past two years as he found better value in local industrial shares with yields of more than 10%.

Aylett's calls on when to choose equities, bonds and listed property over cash were largely good ones. At the end of 2018, the fund had 50% in local equities, 19.6% in cash, 17% in offshore equities and 11% in bonds.

Walter Aylett says the fund's small size enables it to be quite agile when it comes to moving in and out of asset classes.

NFB's multi-asset Managed Fund was underweight in riskier asset classes like local and offshore equities relative to its peers over the past five years.

MD Paul Marais says the fund only just managed a positive return last year and hasn't delivered on its benchmark over periods of up to five years, but it has done better than many of its peers.

It had a significant exposure to cash and bonds, and between 15% and 20% in offshore equities. It also had about 30% in local equities - lower than most of its competitors.

Marais says the fund has a strategic asset allocation and will only do tactical trades when these present certain opportunities.

Last year two such trades - one when the rand sold down to R15.50 to the dollar and one when the JSE fell to 50,000 in the last quarter - presented opportunities.

The fund is classified as a low-equity multi-asset one, which means it must keep its equity exposure below 40%. Fund manager Eben Mare has, however, had the fund's equity exposure well below this - at just 1.73% of the fund at the end of last month and with just 3.72% in listed property.

Mare says the fund has been invested heavily in high-quality fixed-income instruments, typically those with shorter terms to maturity.

The fund also benefited from a tactical decision to hold no offshore assets. Last year it therefore achieved its inflation-plus-3% target that its five-year returns have not met.

The fund has the greatest amount of flexibility of any asset allocation funds to invest across equities, fixed income, property and money market instruments in local and offshore markets.

Portfolio managers Mel Meltzer and Charolyn Pedlar focus on buying from anywhere in the world good businesses with strong brands, a durable competitive advantage, sustainable debt levels, strong free cash flow and a growing dividend. They aim to buy them at a discount to fair value and hold them for the long term.

The portfolio currently has 72% of its investments offshore and a large portion of the local investments are in fixed income instruments, which are providing the portfolio with returns of between 7% and 8% a year with less risk than local equities.

The managers are looking to shares to deliver good returns in future but expect volatility ahead.

Melville Douglas is a boutique manager in the Standard Bank Group. Prandhana Naidu, who co-manages the fund from SA with Jersey-based Justin Maloney, says they rely on thorough research to identify sustainable, quality companies.

The portfolio typically has between 25 and 30 stocks. Though it does not set out to invest by sectors, over the past five years and particularly the past year shares chosen in the consumer discretionary, health-care and IT and payment network sectors have benefited the fund's performance, Naidu says.

The shares chosen for the fund have had a bias towards the US as that is where they have found the kind of quality companies Melville Douglas favours, she says.

Allan Gray's only award-winning fund was, oddly for a manager known for its equity and balanced funds, its Bond Fund.

The fund has outperformed the all bond index over one, three and five years.

The fund took a more aggressive stance when the manager believed prices reflected an excessive amount of bad news - for example in the period leading up to the ANC elective conference in December 2017 - and vice versa. This allowed the fund to benefit as prices normalised, Dunley-Owen says.

Nedgroup outsources the management of its funds to local and global managers it regards as "best of breed". Nic Andrew, the executive head of Nedgroup Investments, says Nedgroup typically partners with managers who take active positions rather than sticking close to benchmarks when they invest, but who focus on capital protection and have strong long-term track records.

Among its top funds on risk-adjusted returns over the five years to the end of last year were its Global Cautious Fund and its Global Flexible Fund, both multi-asset funds that invest across the world and across asset classes. The Global Cautious Fund, which keeps its equity allocation below 30%, invests heavily in global corporate bonds.

The Global Cautious Feeder Fund (in which you can invest in rands) returned 8.7% a year over five years and 13.51% over the past year.

The Global Flexible Fund can invest across asset classes without limit but aims to beat a benchmark with 60% equity exposure. The feeder fund returned 9.19% over five years and 6.97% over the past year in rands.

Nedgroup's Global Equity Fund also boosted its overall performance. The rand-denominated feeder returned 11.5% a year over five years and 8.58% over the year.

Only three of NFB's funds had long enough histories to be included when Morningstar calculated its overall rating. Two of them are local multi-asset funds, one, the Stable Fund, with low equity exposure and the other, the Managed Fund, with a higher equity exposure. The Stable Fund had an average return of 8.03% a year over five years , while the Managed Fund returned 7.45% a year over five years.

The funds invest in other managers' income and property funds and their equity exposure is through index-tracking funds or exchange traded funds (ETFs) and derivatives.

The manager's Global Balanced Fund of Funds achieved a 9.39%-a-year return over the past five years and 7.9% last year by investing solely in index funds and ETFs from iShares in the BlackRock group.

NFB MD Paul Marais says the local multi-asset funds benefited from higher exposure to less risky assets in the income funds over the past five years, while the global fund stuck to 60% in global equities and 15% in global property and avoided destroying
value by trying to make tactical asset allocation calls.

All three funds benefited from relatively low fees of about 1% a year - a competitive advantage of up to one percentage point against competitors charging between 1.75% and 2% a year, he says.

The Financial Services Conduct Authority (FSCA) has warned the public about a service provider conducting financial services without the necessary ...
Money
10 months ago

Nedgroup Investments was named the Best Fund House with a large range of funds at the Morningstar Awards held in Cape Town last night, while asset ...
Money
10 months ago

Trust in financial services is dwindling

Previously, if your complaint had been dismissed you could approach the ombud’s office backed with additional reasons and evidence to substantiate ...
Money
10 months ago

New decade is the time for a new cash plan

Know your facts before buying into a complex

New decade is the time for a new cash plan

Know your facts before buying into a complex