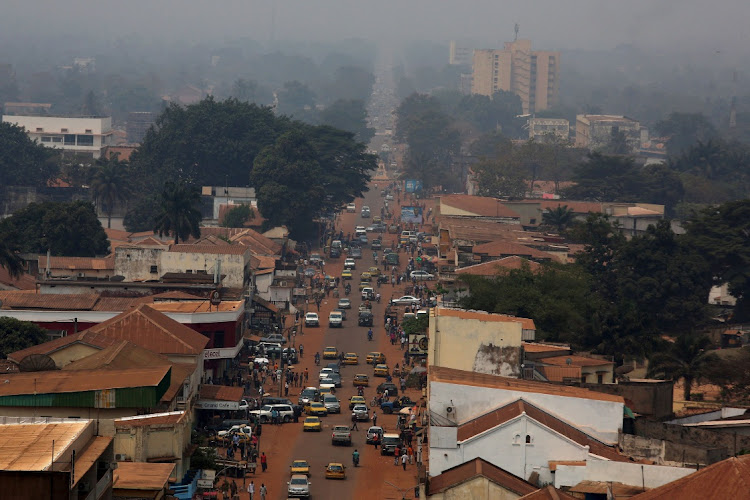 A general view shows a part of the capital Bangui, Central African Republic, February 16, 2016. The country's “Sango Coin”, described as a “national digital currency”, will go on sale on July 21 with a minimum investment of $500 to be paid in cryptocurrencies
Image: REUTERS/Siegfried Modola//File Photo

Central African Republic (CAR) will start selling a cryptocurrency it says will be worth $21m (about R359m)  next week, amid a wider rout in the industry and scepticism over the project's feasibility in a poorly connected, war-torn country.

The “sango coin”, described as a “national digital currency”, will go on sale on July 21 with a minimum investment of $500 to be paid in cryptocurrencies, including bitcoin and ethereum, according to an official  website.

CAR, where access to the internet and electricity is limited,  became the first African state to make bitcoin legal tender in April, raising eyebrows among many crypto experts and drawing words of caution from the International Monetary Fund.

The nascent cryptocurrency market is highly volatile, with bitcoin down 55% this year. Prices surged in 2020 and 2021, but have fallen sharply in recent months as investors ditch risky assets.

The doubts and what has been labelled the “crypto winter” do not seem to have lessened the CAR government's enthusiasm for its scheme.

“For us, the formal economy is no longer an option,” President Faustin-Archange Touadera said at an online event marketing its crypto project earlier this month.

In Central America, a big bet on bitcoin by El Salvador has soured in recent months as the cryptocurrency suffered a sharp drop, with its holdings falling by more than half in value to $49.4m.

El Salvador last September became the first country to make bitcoin a legal tender, alongside the US dollar, despite criticism by the IMF and credit agencies.

In the CAR's initiative, foreign investors will be able to buy citizenship for $60,000 worth of crypto, with the equivalent sango coins held as collateral for five years, and “e-residency” for $6,000, held for three years, according to the website.

Properties of 250m2 can be bought for $10,000, with the sango coins locked away for a decade. It was not clear if these options will  also go on sale next week, when 210-million sango coins are on offer, priced at US10c  each.

The website said there would be 12 more coin sales, with the price increasing each time. Many details were unclear, including what technology is being used, which companies are supporting the rollout and whether the price of the token would be free-floating or fixed.

Economists are concerned that more strikes are afoot