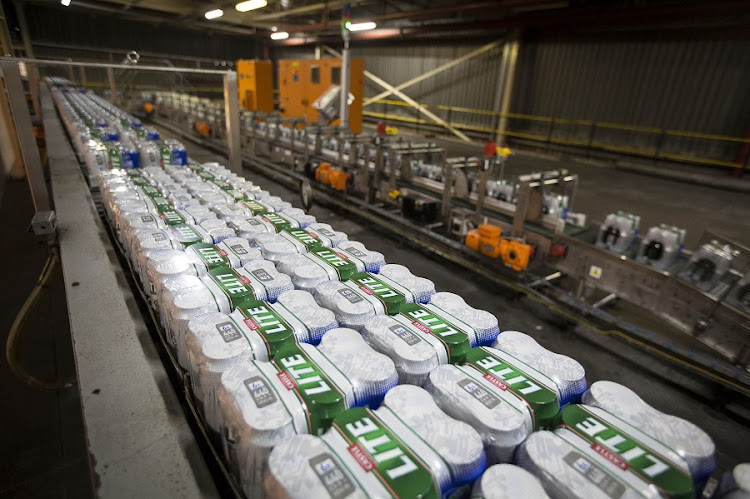 More than 500 SAB staff received their last pay cheque on Friday after the company suspended their employment due to the ban on the sale of alcohol, a restriction that continues to claim casualties across the sector.

SAB, owned by global brewer AB InBev, told Business Times it had suspended the contracts of 550 temporary workers indefinitely and with immediate effect.

This will reduce SAB’s current workforce to 5,357. The staff affected received their last payment on Friday and will receive no income during the suspension of their contracts, including from the Unemployment Insurance Fund as they are contract workers.

Zoleka Lisa, vice-president of corporate affairs at SAB, said: “The third alcohol ban has resulted in reduced demand for temporary workers’ skills. This is no fault of their own but rather a result of the current operating environment.

“We realise the impact this decision will have on 550 families who will sadly have to go without because of the uncertainty of the alcohol ban.”

SAB’s storage facilities are close to maximum capacity and it can no longer produce at its usual rate. The workers who have lost their jobs are mostly part of the company’s supply and logistics division and include packers and delivery personnel.

Lisa said the latest alcohol ban has taken its toll on the morale of SAB staff. “The South African team has gone through a lot,” she said, adding that the first two bans had taken their toll, but with the third ban “it’s starting to get personal”.

The government has banned the sale of alcohol three times since a national lockdown was announced in late March 2020.

SAB has also cancelled R5bn in investments as a result of the bans, and the pandemic has seen all employees’ salaries cut by 10%, which will continue until the end of 2021.

Lisa said no retrenchments have been made as yet. Competitor Heineken, which makes brands such as Amstel and Windhoek, has cut its staff of 1,000 by 7%, it was reported this week.

Lisa said the decision to suspend the contracts of temporary workers was not meant to strong-arm the government into reviewing the ban, but was a business decision made to ensure the brewer is able to survive.

Vestact portfolio manager Michael Treherne said that when AB InBev bought out SABMiller it took on “massive amounts of debt to buy the business”, which brought with it “interest obligations”.

When you have zero
sales, what are you
going to do?

“Just because they are not selling anything at the moment, the debt doesn’t just go away. Everyone assumes incorrectly that these companies just make billions and billions of rands and that a few months of lost production isn’t the end of the world,” Treherne said.

“Even when they are not producing there are still costs. We are on the third alcohol ban and that’s a significant amount of lost revenue along with all the costs for the year.”

He said SAB’s court bid to get the liquor ban overturned, along with its capex cancellation and job cuts, were understandable.

“When you have zero sales, what are you going to do? The government isn’t speaking to you. You watch a speech at 8pm at night and then the next morning you are not able to sell a single thing. That’s not exactly government playing nicely.

“These guys have all this production ... Earlier last year the first government ban didn’t allow them to transport beer, so the beer was sitting in the tanks and they couldn’t get moved to cold storage. So they had to dump millions of rands worth of beer that could have been sold at a later date.”

Treherne said that if the government had been more open in its communications with SAB and others it could have saved them millions, as an overnight sales ban meant everything produced in the week prior to the ban suddenly could not be sold.

Casparus Treurnicht, a portfolio manager for the Gryphon All Share Tracker Fund, said it was no surprise SAB is pulling back on investment and cutting jobs.

President Cyril Ramaphosa had “made it clear he was trying to attract investment” to SA, but he was “making it impossible for companies in general to just invest in SA”, Treurnicht said.

“Why would anyone want to make plans to spend capex when there is so much uncertainty and no clarity? They [the government] are not guiding business in South Africa about where and when certain restrictions will come in ... Nobody can operate in an environment like that.”

Lisa said SAB was not unsympathetic to the challenges the government faces due to the pandemic and is cognisant of its role in balancing lives and livelihoods.

She said the company was aware alcohol could be consumed irresponsibly and placed a strain on health care. But it wanted the government to find a middle ground.

“We are sensitive to the period that we are in, but many of our consumers drink responsibly,” she said. And while SAB supports restrictions such as a curfew and limited buying hours, it is asking the government to allow off-premises consumption of its products.

Lisa said the government had not communicated with or consulted the industry. There were no warnings for the first two bans, and for the third there was a consultation on the morning of the announcement. But “the alternate presentation to government wasn’t equally considered. We just want to be heard.”

SAB is currently awaiting the government’s response to its application in the Western Cape High Court to have the ban set aside. It has been reported that government has indicated it will be opposing the application. The government did not respond to requests for comment on the impact the ban was having in the alcohol industry.

Andricus van der Westhuizen, DA Western Cape spokesperson on agriculture, said in a statement that the consequences of the first two alcohol bans had been severe, with a R7.5bn loss in revenue and 80 wineries and 350 producers shutting their doors. He said 18,000 jobs have been lost in the wine sector.

Unions slam the government for failing to consult, or consider alternatives, to sweeping booze ban
News & Fox
3 months ago

New labour rules could add 16% to restaurants’ costs. It’s a blunt instrument that threatens to tip a teetering industry over the edge
Opinion
3 months ago

Seventy workers out of a workforce of 1,000 will lose their jobs as brewer laments that the decision was ‘not an easy one to make’
Companies
3 months ago
Next Article

WATCH: How SAB and Consol are coping with the liquor sales ban

WATCH: How SAB and Consol are coping with the liquor sales ban