Steinhoff: a R16.5bn bird in the hand 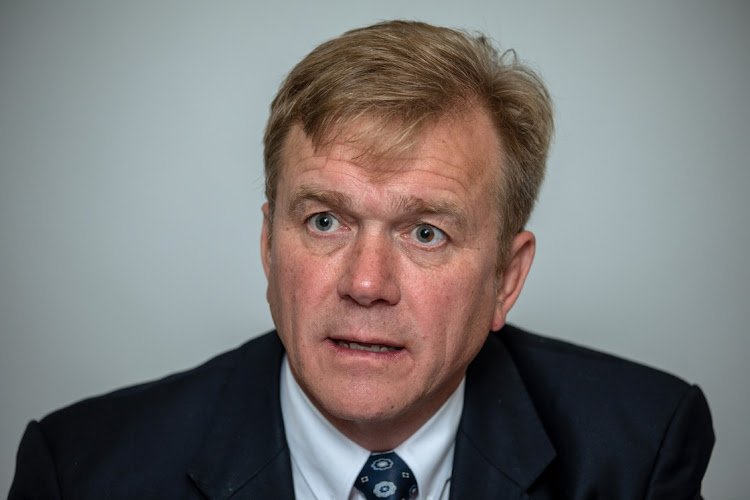 More than 2½ years since Steinhoff was engulfed in one of SA's biggest corporate scandals, the group wants to put its past behind it.

Steinhoff lost more than 90% of its value in December 2017 when Markus Jooste resigned as CEO amid accounting irregularities. This week the group proposed a R16.5bn settlement in an attempt to resolve most of its legal woes.

It is either that or face 90 separate shareholder lawsuits amounting to more than R136bn, which could cripple the company.

Steinhoff CEO Louis du Preez said on Friday that the group hopes to reach agreement with litigants in the next few weeks. If the proposal is successful, it aims to start paying shareholders in the first quarter of 2021.

About 60% of retail shareholders are represented by attorneys, but 35%-40% are not. This proposal allows unrepresented retail investors to stake their claim, Du Preez said.

"We have had some people coming forward and saying they support it, but it's early days," he said.

Those supporting the plan so far include Dutch investors VEB and Christo Wiese, whose R59bn claim is the biggest. He called it a "step in the right direction".

But resolving Wiese's claim may be delayed, because of separate legal proceedings in SA and the Netherlands by Conservatorium against Wiese and Steinhoff.

Conservatorium is the group to which seven of the eight banks that lent Wiese money to buy shares in Steinhoff in 2016 ceded their claims. Its €1bn claim overlaps with the businessman's original R59bn claim against Steinhoff.

Michael-James Currie and John Oxenham of Nortons, legal advisers to Conservatorium, said: "At the heart of these legal disputes is whether the syndicate of banks (or lenders), who advanced funds to Upington (a Wiese-related entity) in order to acquire Steinhoff shares in 2016, are entitled to the proceeds from the share-related claims, as the lenders are out of pocket of just under €1bn as a result of Upington having defaulted on the loan.

"Our client contends that Wiese illegally wound up Upington under Dutch law in an attempt to deprive the margin lenders of their rightful property."

Their client contends that the Conservatorium-Wiese dispute must first be resolved before Steinhoff pays out any proceeds in respect of these claims.

Asked to comment, Wiese said: "The Wiese entities deny all Conservatorium's claims and will vigorously defend any action wherever instituted."

Du Preez said his "strong preference" would be for these disputes to be resolved, but it is also "theoretically possible" that they could delay settlement.

"Are we going to get 100% support for the settlement? No, we won't. I'm not unrealistic about that and that is why we are considering using court processes to get majorities to bind the whole."

If a settlement is reached, what future awaits Steinhoff? Du Preez said the group, through its four main operations - Pepco in Europe, JSE-listed Pepkor, US-based Mattress Firm and businesses in Australia - has strong cash-generating assets that will stand it in good stead.

On Thursday Steinhoff reported a first-half loss of €1.52bn (about R30bn) to end-March, compared with a loss of €617m previously, but Du Preez said this included one-off items such as an €882m provision for the litigation settlement.

Covid-19 has weighed on the group, shuttering stores, disrupting supply chains, as well as putting pressure on consumer spending
Companies
10 months ago

Christo Wiese: how do you recover from losing R125bn?

Until recently he was SA’s richest man – then came Steinhoff. Though he has lost a vast fortune, Christo Wiese is still a retail giant – not least ...
Features
10 months ago

Steinhoff: Not so fast, Louis

WATCH: How Steinhoff plans to tackle its legal battles

Steinhoff: Not so fast, Louis

WATCH: How Steinhoff plans to tackle its legal battles