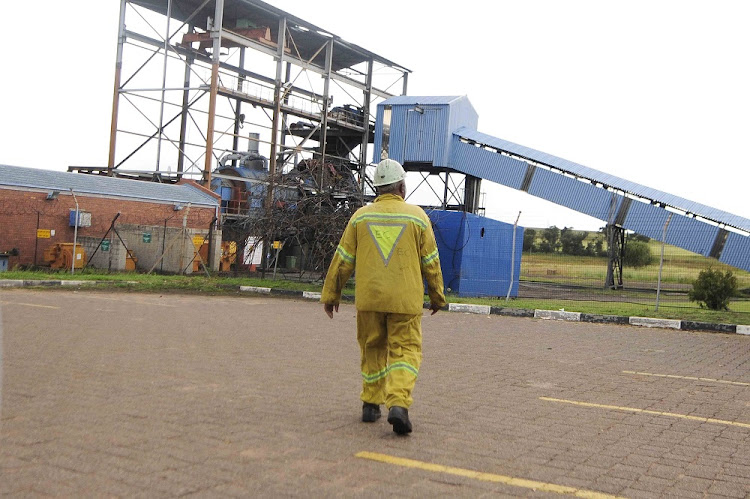 SA was one of the few big mining countries to shut operations in the lockdown, says a new report on global mining by PwC.

And grim data from Stats SA shows how costly this was in terms of production.

This comes as the mining industry continues to open up gradually, identifying 879 Covid-19 cases so far thanks to a comprehensive screening, testing and tracing programme which provides pointers to likely infection rates in other sectors of the economy that are reopening as lockdown restrictions are lifted.

It also comes amid early pointers to the impact of the pandemic and the first weeks of the lockdown on SA’s economy, with manufacturing production down 5.4% in March — and the RMB/BER business confidence index falling to a record low of five, suggesting a sharp decline in the economy and investment this year.

The latest mining and manufacturing figures show that the economy will have contracted sharply in the first quarter of this year, which had extensive load-shedding, making this the third negative quarter for the South African economy even before the lockdown. Stats SA is due to release first-quarter GDP figures only on June 30.

The latest official figures show mining industry production plummeted by 47% in April, the first full month of lockdown, but had started to decline in March already, falling by 18% as the global economy was hit by the pandemic and South African mines prepared to shut down.

The industry was one of the most severely affected by the lockdown.

The figures would have been even worse but for the fact that coal mines supplying Eskom were kept open throughout, as were some tailings and smelting operations. And from April 16 mineral resources & energy minister Gwede Mantashe allowed mines to go back to 50% production, if they could do so in terms of safety protocols; he gazetted regulations on this when the transition to Level 4 was announced later in the month.

Gold production fell by 54% in April, with iron ore down 40% and platinum down 37%. Revenue also fell, even though prices of gold and PGMs held up.

“A lot of countries simply said they couldn't afford to close the mining industry, that it was a big revenue generator and must continue,” said PwC’s Africa mining partner Andries Rossouw. “We were one of the countries where the industry was one of the most severely affected by the lockdown — but the reality is we have a number of deep-level, labour-intensive gold and platinum mines and they couldn't continue.”

PwC's report shows that some countries — Australia, Russia and Brazil among them — did not shut mines, whereas in others — SA, Canada and Argentina among them — mines completely stopped operations for a while, or partly closed down.

Though mines are ramping up operations under level 3, only about 230,000 of the industry’s 450,000 workers are back, says the Minerals Council SA. The council’s chief economist, Henk Langenhoven, says he doesn't expect the industry to be back at January levels before September.

Only 55% of employees are back at work, with many facing problems in travelling long distances. Mines are also trying to bring back 15,000 workers from outside the country.

Many suppliers remain closed and the logistics of getting exports out through ports and airports remain a challenge.

Chrome exporters face long queues at the Lebombo border on the way to the Maputo harbour. Transnet still struggles with rail and port capacities.

Of the miners who tested positive for Covid-19, 95% did not show any symptoms and were tested only because of tracking and tracing systems in place, the Minerals Council said. Elsewhere it is highly unlikely that those individuals would have been found.

The Minerals Council this week rejected claims that the industry was a Covid-19 “epicentre”. It said inaccurate assertions served to spread fear among miners and the communities where they lived or came from.

One miner has died and 40% of those who tested positive have recovered so far, it said.

In the past couple of years there had been no South African companies on the list, other than London-listed Anglo American and its subsidiaries, Anglo American Platinum and Kumba Iron Ore.

The report finds the top 40 miners are weathering the Covid storm better than many other sectors.

It forecasts that the mines’ earnings will take only a modest hit of 6% this year, though capital spending will slow.

Drop of 47.3% in April is the biggest since Stats SA’s mining series began in 1980
Economy
10 months ago

As SA’s mines ramp up operations to full capacity amid the pandemic, health and safety concerns are top of mind
Features
10 months ago
Next Article