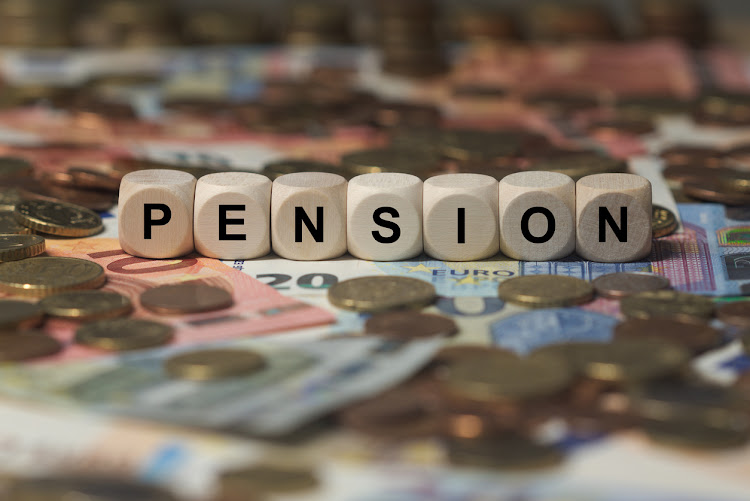 An ANC document on economic reconstruction, leaked to Business Times, is proposing using private pension savings and direct financial interventions by the Public Investment Corp (PIC) and the Reserve Bank to "fund long-term infrastructure and capital projects" to help revive the economy after the Covid-19 crisis.

It calls for more state intervention across all sectors, including speeding up the creation of a state-owned bank, establishing a state-owned pharmaceutical company to help decrease the price of medicines, and more interventions in mining, manufacturing, energy and other sectors.

It calls for a "necessary regulatory mechanism to ensure increased pension fund investments directly into projects such as real assets, which can unlock capital that is currently not finding its way into [these] projects".

When approached for comment, Enoch Godongwana, chair of the ANC's economic transformation committee, said this was not an attempt to introduce prescribed assets via the back door. He said regulation 28 prescribes where pension funds should invest, which is the stock exchange and bonds, and loosening this regulation would allow fund trustees to make a decision to direct their funds to more developmental projects.

"Pension funds are not allowed to put funds directly to DFIs. Those funds have to get there through asset managers . but funds that reach DFIs have a cost structure of those asset managers." As a result, the bulk of the funds go to the stock exchange and bonds, and "very little goes to DFIs", he said.

The asset management industry - which includes pension funds, insurers and other investors - has R8-trillion under management. But there has been uproar in the past over any suggestion to force pension funds to invest in state-owned entities or government bonds. Business SA said it was against any moves towards prescribed assets.

The draft document also proposes that the Bank create a funding instrument to the tune of R500bn that will allow DFIs to access funding for infrastructure projects at favourable rates. "This should be offered at a developmental yield to maturity, with time horizons that are beyond the appetite of funding from private commercial banks. DFIs should be allowed to deploy this funding for infrastructure projects."

It also wants a similar engagement with the PIC, "with the aim of releasing funds for long-term projects through DFIs".

Godongwana said there was never a difference of opinion in the ANC about the centrality of the role of the state in the economy. "The difference has been on the modus operandi. What form should that state centrality take? Clearly in the current circumstances, Covid-19 has put that on top of the agenda, because if we have to stimulate this economy it must be the state that must assume the central role."

Economist Duma Gqubule said: "This will set them on collision course with the GEPF [Government Employees Pension Fund, on whose behalf the PIC invests] and Reserve Bank, which doesn't see its role as funding development. We must grab popcorn and watch what's going to happen here."

Gqubule said it was too early for the ANC to be discussing post-Covid recovery when it hasn't addressed how it's going to deal with the economic crisis SA is facing. "We have immediate issues to address. How are we going to fund the doubling of the budget deficit to R700bn? How are we going to finance the next 12 to 18 months of extreme uncertainty in the economy where unemployment could reach 55%? They haven't sorted out the immediate crisis."

On the state-owned bank, the economic reconstruction document said it must have a special relationship with DFIs to allow for "developmental interest rates to be charged for financing critical projects".

It also calls on the ANC to revisit the resolution on creating a state-owned pharmaceutical company "that will respond to and intervene in the curbing of medicine prices".

Ed Rybicki, a health economist at the University of Cape Town, said: "We have a large, low-income population who cannot pay the costs of medicines, and especially of sophisticated new biological medicines - antibodies, other proteins - nor can the state provide these given their astronomical costs. Provision of things like antibody-based medicines for rheumatoid arthritis, breast cancer and melanomas by the state is one of the only solutions for this."

Martin Kingston, vice-president of Business Unity SA (Busa), said it agreed there was an urgent need for interventions across many aspects of the economy for quicker recovery from Covid-19. It also supports a social compact across all sectors.

Kingston said priorities should be identified instead of longer-term interventions. "They should be releasing spectrum . dealing with the visa issue. Opening up the next window for renewables should have happened long ago. These are low-hanging fruit which make a fundamental difference and can be done in short order."

Understanding the payment relief offered by your bank and the costs involved is important, even if you have no choice but to take it.
Money
11 months ago
Next Article