Elliott is known for its in-depth research on its targets, but while that may help it avoid disasters, it doesn’t mean it has all the answers 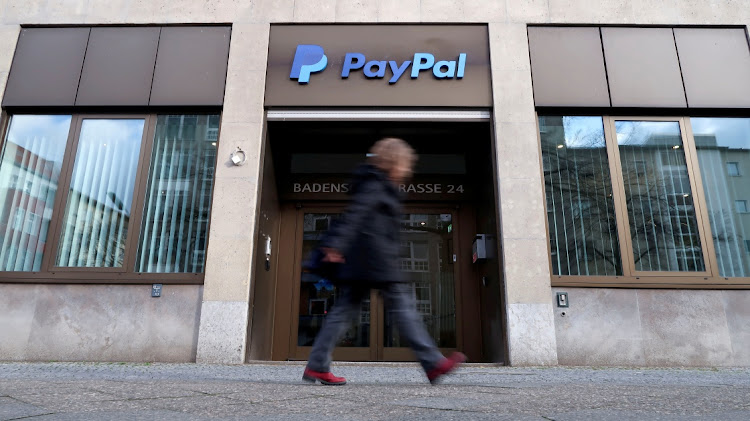 Judging by the roughly 10% lift that shares in both Pinterest and PayPal received this week after Elliott Management disclosed a stake in each company, investors are confident the activist investor can fix problems quickly at both companies. They may be expecting too much.

Don’t get me wrong. Elliott has scored some home runs in persuading companies to overhaul their businesses, with eBay one of the most recent examples in the technology sector. By following Elliott’s advice to sell its StubHub and classified ad businesses, eBay lifted its stock price more than 150% between the start of 2019, when Elliott appeared and last northern hemisphere autumn, before the market started to slide. But the outcome of Elliott’s efforts in other situations such as AT&T, Twitter and SoftBank was, by comparison, nothing to write home about.

And Elliott is one of the more effective activists. Consider what happened after Starboard Value moved early in 2021 on eHealth, a health-insurance marketplace that specialises in enrolling people in Medicare, when the company’s stock had fallen by half in 12 months. After starting a proxy contest to win seats on eHealth’s board, the activist quickly reached a deal with eHealth to add a healthcare executive to the company’s board. A few months later, eHealth’s CEO, Scott Flanders, departed in favour of someone with more direct experience in health.

How are eHealth’s shares doing? They are trading at about $8, 87% below where they were trading when Starboard first disclosed its stake. The stock prices of eHealth competitors GoHealth and SelectQuote have also dropped over the same period. Each of the companies has been squeezed by big increases in marketing costs, thanks to rising competition, which casts doubt about the business model. It’s not clear these firms can recoup the high marketing costs with the money they make on commission selling Medicare. Starboard is sitting on an enormous loss, having paid about $100m for a stake now worth $14m.

Much of the media, and many investors, celebrate an activist investor’s appearance in a company as though it’s a white knight riding to rescue small investors from incompetent managements. But activists’ prescriptions — typically focused on selling assets, buying back stock or replacing a CEO — work only some of the time. And they may completely miss the mark if a company is dealing with structural change in an industry that will take a few years to sort through. In other words, investors should be a lot more sceptical about an activist investor’s proposed solutions.

What about Elliott, the activist of the moment? At least it understands the industries it is diving into. Elliott is known for its in-depth research on its targets. But while that may help it avoid disasters, it doesn’t mean Elliott has all the answers. Whether its bets succeed depend on the definition of success.

Consider AT&T: Elliott disclosed a stake in the telecom giant in September 2019, saying the stock could more than double to $60 by the end of 2021 if the company reviewed its portfolio and rethought its leadership. At the time, AT&T’s stock had been lagging behind that of its main rival, Verizon Communications. The company had spent tens of billions of dollars to buy satellite TV firm DirecTV and entertainment giant Time Warner, a diversification into businesses with what could charitably be called challenging long-term growth prospects.

Elliott’s appearance seemed to have an effect. Seven months later, CEO Randall Stephenson announced suddenly he would step down in favour of John Stankey, his number two. Stankey quickly unwound the two big media acquisitions that Stephenson had undertaken, refocusing the telecom giant on its core business.

Those were smart moves. But so far that hasn’t helped AT&T’s stock price. Instead of reaching $60 by the end of 2021, it was about $18.56, 33% below where it was when Elliott first disclosed its interest. It’s still in that neighbourhood.

There’s no doubt it’s better for AT&T to be more focused on its core business, if only so it can properly invest in telecom and better compete with its singularly focused rivals, Verizon and T-Mobile US. But cellular is a slow-growth business that requires huge investment in spectrum and network upgrades, where competition is intense not only from other cellular rivals but cable operators now jumping into the business. AT&T’s investment in media set it back years, but even Verizon, which maintained its focus on telecom, is struggling with growth.

Similarly, the activist’s appearance as a Twitter shareholder in February 2020 led to Twitter’s agreement to evaluate its CEO succession plan and to pursue some other corporate governance changes, such as eliminating the staggered board that made it difficult for outsiders to challenge for control of the company. Twenty months later, after Elliott’s representative quit a board seat it had won as part of that agreement, CEO Jack Dorsey stepped down. But Twitter’s fundamental business challenges, which include a lack of scale and uneven advertising growth, haven’t been solved. Elon Musk had, for a moment, appeared as a potential saviour, but that’s devolved into a circus.

Elliott’s 2020 push for SoftBank to improve corporate governance and do a share buyback paid off on both counts. SoftBank’s stock price soared through 2020 — and then promptly collapsed in 2021 as a government crackdown on China’s tech industry squeezed Chinese tech stocks, to which SoftBank was heavily exposed.

Put succinctly: an activist investor, even one as thoughtful as Elliott, may be able to score some quick successes that temporarily boost a company’s stock price. But those gains often are fleeting. Other activists that jump into industries they don’t understand may not achieve even temporary gains.

And while the more aggressive activists, such as Starboard, often appear to see replacing management as a solution, in many cases the company may be facing structural issues in an industry that a new management team can’t solve easily.

Pinterest or PayPal could be a different story. Consider Pinterest first. Elliott’s investment in Pinterest, first reported by the Wall Street Journal in mid-July — came just a couple of weeks after founder and CEO Ben Silbermann had stepped down in response to a steady drumbeat of unfavourable news coverage of his management. His successor, former Google executive Bill Ready, seems ideally placed to improve Pinterest’s e-commerce-focused ad business.

That sequence of events suggests Pinterest’s board was well on the way to replacing Silbermann anyway. Still, having Elliott as a big shareholder pushing for aggressive changes can only help.

Ditto PayPal. If you go back to the company’s first-quarter call, CEO Daniel Schulman was talking at the time about the same issues he discussed this week on the second-quarter call, which took place the day Elliott confirmed its interest. Schulman is focused on strengthening PayPal’s position in the checkout part of the e-commerce software market, where competition from start-ups such as Bolt has been intense.

Elliott may have prompted PayPal to focus a little more intensively on cutting costs and repurchasing shares (although whether increasing a buyback is in PayPal’s long-term business interests is an open question). And sure, it won’t hurt to have Elliott on Schulman’s case. But Elliott needs to stick around, possibly for a few years. Otherwise, whatever effect it may have could be short-lived.

Elliott has built a stake of more than 9%, making it the company’s biggest investor, the Wall Street Journal reported
News
4 weeks ago