Britain’s Rail, Maritime and Transport union warned that the country could be heading for the first general strike since 1926 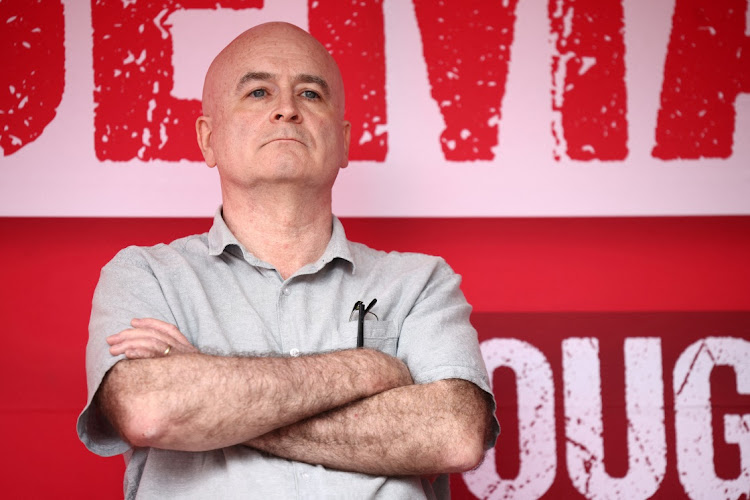 It looks like the prize of winning the Conservative leadership election will be a bruising battle with Mick Lynch, the emerging face of organised labour in Britain. Amid yet more rail strikes last week and threats from front-runner Liz Truss to retaliate with new labour laws, Lynch, the leader of Britain’s Rail, Maritime and Transport (RMT) union, warned that the country could be heading for the first “general strike” since 1926.

The next Tory leader will face a combination of soaring inflation and labour unrest that’s not been seen since the 1970s. British workers planning or threatening walkouts include lawyers involved in criminal trials, teachers, junior doctors and nurses, and workers at Britain’s largest container port. Telecoms workers and postal workers have voted to strike. To make things messier, there has also been a walkout by waste-collection workers.

This is a high-stakes battle in both economic and political terms. If the Conservatives are to win the next election, they’ll need to find an approach to the strikes that convince a majority of workers (unionised and not) that the government has their interests at heart. That will mean not only the stick of legislation — ensuring minimum levels of service on critical infrastructure like railways in the event of a strike — but also some carrots, in the form of economic growth, productivity improvements and the prospect of higher wages.

Such legislative action would not be an attack on the fundamental right to strike, as Lynch claims. France, Italy, Spain and other countries have minimum service provisions, too, and workers still strike. Lynch has an interest in building a narrative of a country where the democratic right to withhold labour is under threat — that encourages other unions to join in the strike action.

“What we’re seeing is not just disputes about terms and conditions, but the rise again of a political agenda,” says Richard Short, co-founder and director of Union Blue, a centre-right think-tank and pressure group rooted in the idea of moderate trade unionism. With a Tory Party that is in danger of losing its 2019 majority and a Labour Party that hasn’t capitalised on that disarray, he argues Lynch and some other union bosses see a vacuum they are trying to exploit, whether that serves their workers or not.

For all the bluster, though, the threat of a general strike is overblown. A general strike refers to a large portion of the unionised workforce withholding labour to force concessions around pay or conditions. In 1926, some three-million union members stopped work for nine days. Strikes during the original “winter of discontent” — in the autumn and winter of 1978-1979 — didn’t qualify. Nor is one likely to now.

Even though Britain is more unionised than Germany, France, the US or Japan, it is nowhere near the levels of unionisation in the late 1970s. Some 6.4-million UK employees — just over a fifth (23.1%) of the workforce — were trade-union members in 2021, the lowest rate on record since 1995 and less than half of what it was in 1979. The majority of today’s unionised workers, however, are in the public sector, which gets to the heart of the problem for the next government.

Not only are these workers facing deep structural changes (for example, remote work affecting travel) and crushing backlogs due to the pandemic, but the spike in living costs has hit real wages hard. And all of that comes at a time when, relatively speaking, real wages had already been stagnant for over a decade and labour markets are exceptionally tight, notes Connor MacDonald, director of economic policy research at the think-tank Policy Exchange.

Truss’s approach of channelling Tory hero Margaret Thatcher — who vastly curbed the strength of powerful unions — will appeal to the Tory members who vote for the next leader. It’s also unfinished business. Despite a 2019 manifesto pledge, it was only in June that Boris Johnson got around to introducing a series of measures to limit unions’ ability to disrupt essential services. (Truss has promised to pass these laws in her first 30 days.)

But if she wins the race to be prime minister, she’ll need more in her toolbox. Her plan to pay civil servants differently depending on where they live (and extending that potentially to public-sector pay more widely) has been mooted in the past. It’s a debate worth having, but it will put her on a collision course with unions. It also won’t deliver the scale of change she needs.

Ultimately, Truss will need to find a way to deliver both better public services and real wage growth for those working in the public sector. That will take deep reforms to public services, something Johnson talked about (when Dominic Cummings was his adviser), but never managed. A change in how services are structured and managed will be more likely to succeed if it involves deep consultation with unions, who will need to accept that trade-offs are necessary.

The right to strike needs to be balanced against the interests of the broader community.

In other words, the Tories need to stand up to the unions, but also make peace with them. That might seem counterintuitive, but this kind of pragmatism is rooted in the party’s past.

It’s often forgotten that Thatcher, who was a member and proponent of the Conservative Trade Unionists (CTU), argued for moderate unionism and even encouraging Conservatives to be trade-union officials. Though there is reflexive anti-unionism in parts of the party, there has also been a rapprochement between Conservatives and unions over the years, too. David Cameron became the first Conservative to address the TUC conference and appointed an envoy to help repair relations with the unions.

In a 2012 paper, the Tory MP Robert Halfon urged Conservatives to lean into these roots, noting there are many millions more Tory voters among union members than there are party members and the two had many interests in common. It’s a message that seems even more relevant given the working class, former Labour voters that comprised Johnson’s 2019 majority and the government’s determination to rebalance Britain’s economy.

Of course, there is always going to be a tension here. The right to withhold labour is only effective if there is the potential to cause some pain for employers. That’s why British Airways settled its dispute with check-in staff at Heathrow airport who wanted a 10% pay cut introduced during the pandemic reversed. And there are times when workers’ rights need enforcing. Indeed, when P&O Ferries laid off 800 workers without consultation and hired agency staff at well below the UK minimum wage in their place, the government responded to public outrage, tightening laws and getting P&O to compensate the workers.

But the right to strike needs to be balanced against the interests of the broader community. Understanding that this balance is central to having a functioning state and prosperous economy is why Thatcher’s reforms have held through Conservative and Labour governments ever since. The next Tory leader will have a vanishingly small window in which to win over public- and private-sector workers. Putting new limits on union actions will be the easy part.

Workers to stage another one-day strike as part of a dispute over pay, jobs and work conditions
World
1 month ago
Next Article