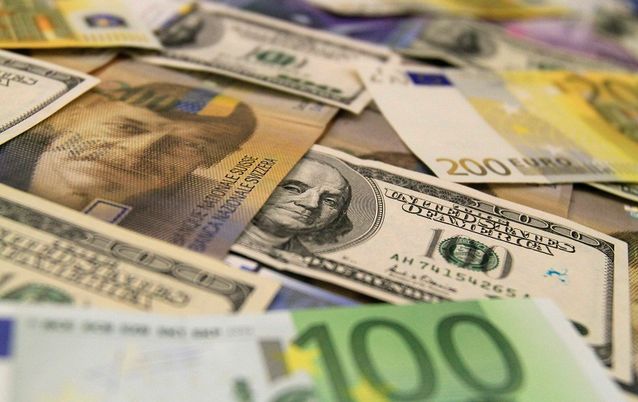 The dollar is strong and getting stronger, hitting 20-year highs relative to a basket of other currencies. As my Bloomberg Opinion colleague Tyler Cowen recently noted, this is a vote of confidence in the US.

But history demonstrates that it’s also likely to be a harbinger of hard times for much of the rest of the world.

When the dollar appreciates, the cost of servicing debt in other countries, particularly emerging markets, can easily become unsustainable, because their debts aren’t denominated in their own currencies; instead, they owe in dollars, or in earlier eras, gold or pounds sterling. As those instruments gain in value, crisis and collapse often follow for the debtors, and have for a century-and-a-half.

The economists Barry Eichengreen, Ricardo Hausmann and Ugo Panizza have dubbed this problem “original sin.” In a series of now-famous articles, they showed how the dependency on foreign-currency borrowing — and dollar-denominated debt in particular — have handicapped developing nations, making it next to impossible for their domestic policymakers to use monetary and fiscal policy when exchange rates turned against them.

Like its theological counterpart, the economists’ version of original sin held that the inability to borrow abroad in one’s own currency was the fountainhead of problems that now bedevil emerging economies: capital-flow volatility, liquidity crises, lower credit ratings and general instability. That’s why the sin is original: it came first. It predates many countries’ modern-day reputations for profligacy.

In fact, it began as early as the late 18th century, when many nations began borrowing on international markets. With a handful of exceptions, they did so in British pounds or gold coin.

Why did this happen? Eichengreen and his collaborators contend that original sin is the product of something banal: transaction costs. In a global financial system made up of scores of different national currencies, it made sense to denominate debt in ways that transcended local monetary systems. In the 19th century, this meant defining debt in gold or a foreign currency such as the pound sterling, which enjoyed the same widespread circulation then that the dollar does today.

But this had disastrous consequences, particularly for countries in Latin America. For close to a century after 1820, Argentina, Brazil, Mexico and others endured financial crises fuelled by foreign-currency debt. It didn’t matter if these nations developed strong financial institutions and policies. When the exchange rate turned against them, they were often forced to default.

The inability to borrow abroad in one’s own currency was the fountainhead of problems that now bedevil emerging economies.

Stephen Mihm, professor of history at the University of Georgia

This happened enough times that it soon came to seem that the problem lay with the countries in question, not the nature of the debt. Though countries could protect themselves against this fate by accumulating hard-currency reserves, this handicapped them in other ways, limiting the tools available to central bankers and policymakers.

Throwing the good out with the bad

Original sin also caused other problems for countries operating under its shadow. When one emerging economy collapsed, international investors abandoned the bonds of all emerging economies. For example, when Argentina defaulted in 1890, every country in Latin America sustained major increases in borrowing costs, regardless of the economic and institutional conditions on the ground. Investors threw the good out with the bad.

The same conditions prevailed in the 20th century, with the dollar succeeding the pound as a monetary lingua franca. In the 1970s, for example, high inflation, a weak dollar and growing quantities of dollar-denominated debt set countries like Mexico up for disaster.

It happened after US Federal Reserve chair Paul Volcker began ratcheting up interest rates to control runaway inflation. Between the middle of 1980 and early 1985, the dollar’s value relative to other currencies soared by 77%. Mexico and other countries became casualties as the cost of servicing their debt became unsustainable.

This pattern has repeated itself in subsequent episodes. Mexico sustained another foreign-debt crisis in 1994, as did a number of Asian countries in 1997, Russia in 1998 and Argentina in 2002. Then the dollar began a period of general decline for nearly two decades, during which the sole serious financial crisis was unrelated to the wages of original sin.

Moreover, though dollar-denominated sovereign debt remains common, it doesn’t play quite as significant a role in financial markets as it once did: some developing countries have managed to issue debt in their own currencies. This might suggest that we won’t see a replay. But that provides them only limited protection. Many corporations in those regions cannot arrange for financing via long-maturity, fixed-rate loans denominated in local currencies. Instead, they go abroad for financing, often borrowing in dollars. This is “domestic” original sin, but sin nonetheless.

The scale of this borrowing has grown significantly since 2007, when it amounted to less than 10% of the world’s GDP. It’s now in excess of $12-trillion, or 14% of global GDP, and rising. That worked well so long as the dollar remained in the doldrums. But that’s not the case any longer.

Perhaps the Fed will decide that an emerging-market meltdown is too high a price to pay for taming inflation. But if Fed chair Jerome Powell pulls a Volcker and the dollar continues to strengthen, emerging economies will be reminded, yet again, that they live in a fallen world.