Abortions allowed women to escape abusive and even deadly relationships. Now that door is closing, state by state 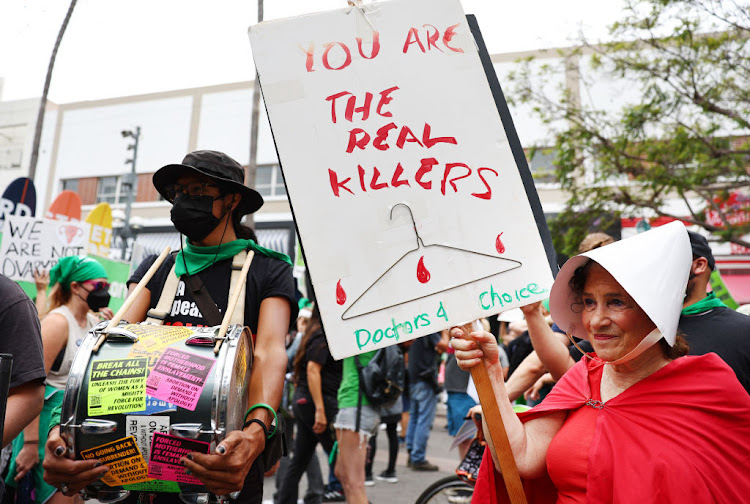 Abortion-rights activists demonstrate outside a Planned Parenthood clinic as they safeguard the clinic from a possible protest by a far-right group on July 16, 2022 in Santa Monica, California. Picture: MARIO TAMA/GETTY IMAGES

The US supreme court’s decision to overturn Roe vs Wade will affect much more than women’s access to abortions. Decades of economic research demonstrate that, by limiting their power over when and with whom they form families and relationships, it will threaten their livelihoods and even their lives.

Arguably the most telling research has nothing to do with abortion at all. It involves divorce, or more specifically a revolution in family law that occurred nearly 50 years ago, about the time of the original Roe vs Wade decision. Instead of requiring both parties to agree to dissolve a marriage, or one party to prove that the other was at fault, states started allowing either spouse to act unilaterally. This gave women more power to leave unhappy or abusive marriages.

Different states enacted the changes at different times, creating a natural experiment that economists studied to tease out the effects on divorce rates, women’s earnings and retirement security. But the most sobering findings involved mortality: 10% fewer women died at the hands of their spouses and 8% fewer committed suicide (there was no effect on men). Reports of domestic violence against women fell as well.

31% of women seeking to terminate pregnancies cited a 'partner-related reason'.

Abortion also gives women the power to exit relationships. If you have a child with someone, you are bound to them for at least 18 years through custody, visitation and child support.

In surveys, 31% of women seeking to terminate pregnancies cited a “partner-related reason,” such as not wanting a child with the man, wanting to end the relationship or believing that the father would not care for the child. Of those, about 8% cited abuse as the primary reason. Twice that many said the partner had physically abused them within the past six months.

Extrapolating to 2020, when almost 1-million abortions were performed in the US, the survey results equate to about 25,000 directly related to abuse, and about 50,000 in which the mother was recently abused. Those are the ones who survive: murder is the leading cause of death among pregnant and post-partum women — 16% higher than among non-pregnant women of similar age.

Individuals familiar with contract negotiations will recognise that in the case of both divorce and abortion, the issue at hand is bargaining power and the relevant policy is the ability to exit. Unilateral divorce made it easier to end a marital relationship. The supreme court’s ruling makes it more difficult to prevent a parental relationship, thus redistributing bargaining power away from women and towards men. This will have dire consequences for women’s physical safety and wellbeing. And while that might be the most severe effect, it will not be the only one.

When abortion access was expanded in the 1970s, the effects were clear: More control over the timing of motherhood improved women’s economic outcomes. More recent studies show the economic harms of being denied an abortion: women who were turned away from an abortion clinic because they were just past the gestational weeks of eligibility had lower employment, more debt, and more public programme participation than those who were able to get an abortion.

Policymakers can, at least in theory, mitigate the employment and earnings effects of having a child — by providing universal paid leave, free childcare, mandatory sick time for all workers, the right to part-time work. The US has done none of these. But only the right to have an abortion can shift the balance between men and women in a way that empowers the latter to extract themselves from relationships that possibly neither wants. That door is now closing, state by state.

Bloomberg  Opinion. More stories like this are available on bloomberg.com/opinion.

Abortion-rights activists demonstrate outside a Planned Parenthood clinic as they safeguard the clinic from a possible protest by a far-right group on July 16, 2022 in Santa Monica, California. Picture: MARIO TAMA/GETTY IMAGES
Next Article

Wanted Online: The simple pleasure of things on toast

CHRIS THURMAN: Opera for the people and the pupils

Wanted Online: The simple pleasure of things on toast

CHRIS THURMAN: Opera for the people and the pupils