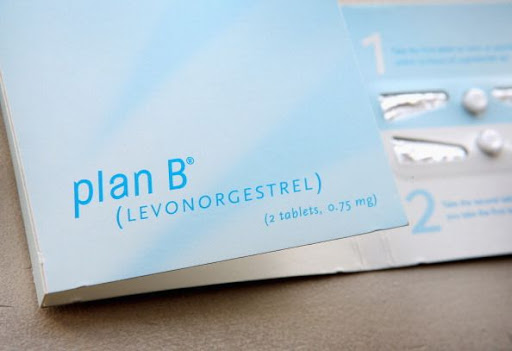 It’s not yet two weeks since the US supreme court overturned Roe v Wade, and already the ruling is impeding people’s access to drugs — including drugs not being used for abortions.

State trigger laws now going into effect are of course making it harder and sometimes illegal for women to get medication abortion, the two-pill regimen approved by the Food and Drug Administration (FDA) to end early pregnancies. But emergency contraceptives and the autoimmune-disease treatment methotrexate are also being caught up by overly broad interpretations of abortion bans.

So far, pharma companies have been silent on these restrictions. Perhaps many of them simply assume that the loss of mifepristone is no risk to their bottom lines. But any state restrictions on FDA-approved drugs could amount to a worrisome precedent.

“Maybe industry feels secure for now, but I don’t think they should,” said Rachel Sachs, a professor at Washington University in St Louis who specialises in FDA and health law. “If states can ban an FDA-approved drug for an FDA-approved purpose, what drugs can’t they ban?”

States with abortion bans might also go after FDA-approved emergency contraception and birth-control pills. Even before the court overturned Roe, some states were trying to prevent access to drugs for generally accepted, but off-label uses, such as Texas’s attempts to criminalise hormones for gender-affirming care for children.

Sachs imagines that vaccines against human papillomavirus, opioids and even HIV/Aids medicines — any drugs that have attracted controversy — could also be at risk.

A Missouri healthcare system that initially stopped providing the emergency contraceptive Plan B after the state’s abortion ban went into effect, reversed course in response to media exposure. But concerns linger about wider access to the pills in states where anti-choice legislators seem interested in pushing the boundaries of abortion bans to include the moment of fertilisation (a stretch that would put IUDs at risk, too).

Reports have bubbled up on social media about women with autoimmune diseases having difficulty filling prescriptions for methotrexate. This is a chemotherapy agent that suppresses the immune system, easing inflammation in diseases such as lupus and rheumatoid arthritis. But methotrexate can also be used to terminate a pregnancy.

Some patients who rely on this drug say they have been asked to go back to a specialist to confirm each prescription refill. Others have simply been denied refills, according to Steven Newmark, the chief legal counsel for the Global Healthy Living Foundation, an advocacy group for people with chronic diseases.

Any potential disruption to treatment is alarming for patients with rheumatoid arthritis, many of whom spend years finding a regimen that keeps their condition under control. “A therapy that works can be the difference between spending your days curled up in bed with a flare and going to work and being a productive member of society,” Newmark said.

Drug companies might be tempted to write off these disruptions as overly cautious reactions to a new law that will be clarified in due time. But they should pay attention to the precedent that may be set as states now try to restrict drugs in any way related to abortion.

GenBioPro, the manufacturer of mifepristone, is suing Mississippi over that state’s abortion-pill restrictions, arguing that the FDA’s authority pre-empts state attempts to regulate access to the drug.

The outcome of this suit and any others filed to challenge state limitations could have implications for various other drugs, said Patricia Zettler, a law professor at Ohio State University who focuses on FDA and policy.

Drugmakers benefit from the FDA’s regulating medicines for the entire country. They sink billions of dollars into developing new drugs under the presumption that their products, once FDA-approved, will be available everywhere.

The pharma industry should not assume that court decisions about mifepristone will affect only mifepristone. They should more actively work to ensure that all states allow broad access to all their products.