The man with an eye for business

Leonardo Del Vecchio’s legacy is unassailable after building not only the world’s largest eyewear group, EssilorLuxottica, but the modern eyewear industry as we know it 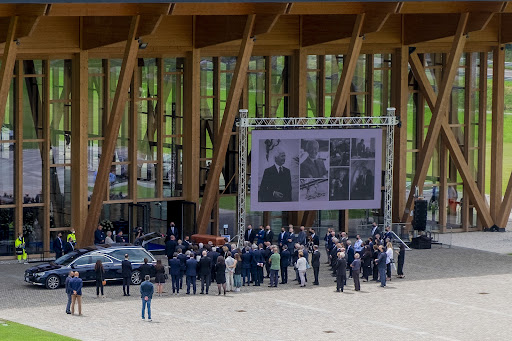 Leonardo Del Vecchio, who died this week at the age of 87, was the stuff of capitalist legend. Put into an orphanage by his widowed mother because she couldn’t afford to feed him, he went on to build not only EssilorLuxottica, the world’s largest eyewear group, but the modern eyewear industry as we know it. He turned a functional medical device for eyesight correction into a luxury good — with the plus-sized margins that go with it. In the process, he made himself a fortune of $26bn — and became a financial and cultural force in his native Italy.

It wasn’t without controversy. EssilorLuxottica’s dominance attracted accusations of anti-competitive activity and price gouging. And Del Vecchio’s mettle was just as steely. In one interview I did with him in 2014, he dismissed Google Glass with the short phrase: “It would embarrass me going around with that on my face.” In another interview over lunch in 2019, he explained in four words why he would win a wrangle with top managers at Essilor: “It is my life.” He was victorious.

What follows such a figure?

He was one of the last surviving of the Italy’s remarkable postwar generation of entrepreneurs who included Michele Ferrero, the founder of the company behind Nutella, and Wanda Ferragamo, the matriarch behind the fashion brand Ferragamo. The last surviving members of that cohort are the fashion moguls Giorgio Armani and Luciano Benetton, both 87.

Recent history suggests that what comes after Italy’s founding titans will, at best, be anticlimax. Ferrero has become another largely faceless multinational based out of Luxembourg. Ferragamo has sunk into diminishing relevance among the big fashion brands amid reports of disputes over strategy among the many heirs.

With Italy’s post-pandemic economy promised €260bn in EU funding, Del Vecchio called for his compatriots to use the infusion to make “revolutionary choices” that would stem their country’s decline. His own attempt at post-pandemic revolution was to take stakes in and force management changes at Milanese financial groups that once dominated Italy but now have a dwindled relevance. He was thwarted. It was a rare misstep into an industry he did not know.

His death will most likely allow rivals — all non-Italian — to bloom, now freed from the long competitive shadow he cast in the modern eyewear industry he created. The bosses of competing companies had been betting on Del Vecchio’s mortality in the last decade. In that period, LVMH Moet Hennessy Louis Vuitton and Kering, the French luxury conglomerates, have both set up eyewear factories near Del Vecchio’s headquarters in the Dolomites. They can fairly expect EssilorLuxottica to lose some of its footing without its visionary founder, if only temporarily.

Del Vecchio had six children from three wives and spent the last decade trying to get his house in order in terms of shareholder structures for his heirs. As for the company itself, he dispatched several CEOs in his last years before settling on Francesco Milleri, a former IT consultant.

Corporate governance experts say that Del Vecchio’s real heirs are the tech founders who created and remain the single most powerful shareholders in the monolithic new companies they’ve created. Del Vecchio owned more than 60% of Luxottica shares and even after its merger with French lensmaker Essilor, he remained undisputed king of the board with 32%. Italians can be proud that Del Vecchio was the pattern for Mark Zuckerberg, Jeff Bezos and even Bill Gates. In a fitting and perhaps fateful collaboration, Zuckerberg and Del Vecchio’s companies announced a deal last year to create Ray-Ban smart glasses.

It Italy itself, his legacy is unassailable. But his death poses a challenge to the business class. Del Vecchio’s success was borne of raw meritocracy. With an unstinting focus on Italian manufacturing and creativity, he created a niche and then sold it to a global market. That kind of vision is less in evidence nowadays. The country’s largest listed companies are either financial institutions or state-owned energy and infrastructure groups. Italy’s stock market accounts for 3.7% of the MSCI index of European stocks, down from 6.2% in 2000, according to Morgan Stanley. Only six companies feature among the world’s 1,000 biggest public corporations.

This decline has been accelerated by the relatively small size, on average, of Italian companies, a heavy reliance on bank loans that make them more vulnerable to economic shocks plus a baroque profusion of red tape, according to the OECD. That’s led some entrepreneurs to decamp to countries with more liquid stock markets, or give up all together. Italian automaker Fiat, Italy’s largest private employer, merged first with Chrysler in 2014, and then last year with French Peugeot before being rebranded Stellantis NV. The combined company’s corporate seat is in Amsterdam and its primary listing in New York. Since 2015, tyremaker Pirelli’s biggest shareholder has been ChemChina, a state-owned giant. The Versace family chose to let its holdings be acquired by the US group behind Michael Kors.

All of this hinders business. But though their numbers are dwindling, nearly a third of Italian firms are classified  as high growth based on sales, more than in most big European countries. Among them, Moncler, purveyor of puffa jackets, and IMA Group, which specialises in the design and manufacture of packaging.

Credit demand grows at a slower pace in May

Credit demand grows at a slower pace in May